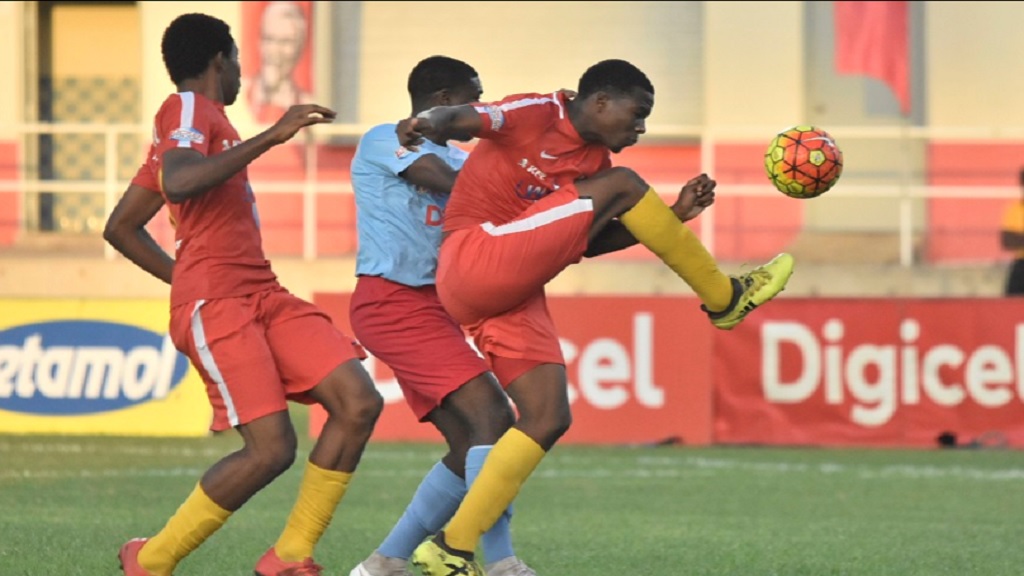 Cornwall College and Clarendon College will contest the 2018 final of the ISSA Wata daCosta Cup competition after securing contrasting semi-final wins at the Montego Bay Sports Complex on Wednesday.

Seven-time champions Clarendon College booked their spot in their second straight final by defeating Dinthill Technical 4-0 in the first semi-final. It was the second straight year that the school were meeting in the semi-finals.

National Under 20 player Nicque Daley led Clarendon College with a double strike, while Ricardo McIntosh and Javel Ellis scored the other goals.

Twelve-time champions Cornwall College defeated Frome Technical 4-2 on penalties in the second semi-final to secure their spot in a second final this season. The teams had battled to a 0-0 draw in regulation time.

Cornwall College are also in the final of the rebranded all-island Champions Cup knockout competition where they will face Jamaica College.

The daCosta final will be played on Saturday, December 1 at the Montego Bay Sports Complex.

The Champions Cup final will be played on Saturday at Catherine Hall in Montego Bay.