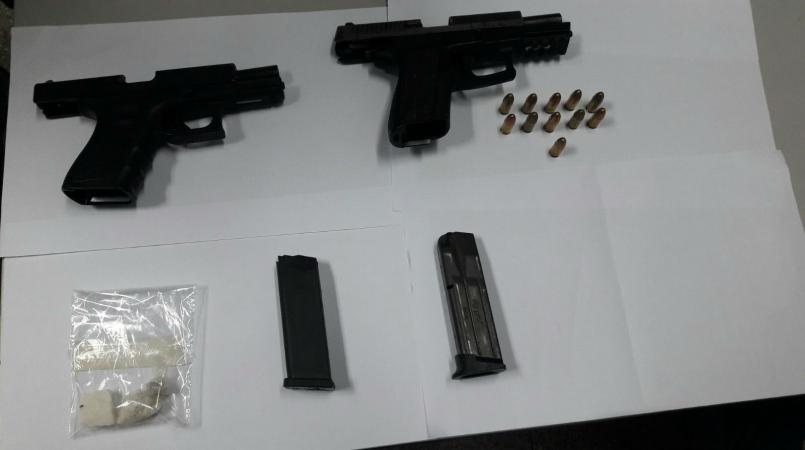 Three persons were arrested in connection with the finds.

In the first incident, which occurred at about 5:15 p.m. in Kintyre, Police carried out an operation and a Smith and Wesson .38 Revolver was found hidden under an abandoned motorcar.  No one was arrested in relation to the seizure

In the second incident that occurred at about 9:00 p.m. on Eastwood Park Road, Police intercepted and searched a Nissan Tiida motorcar and a Smith & Wesson .38 Revolver with ammunition was found. The driver was taken into custody

The  lawmen then went to Delacree Park, Hunts Bay area where they apprehended  another man and seized an illegal pistol.

Reports are that about 10:45 p.m. in Delacree Park, a team was on mobile patrol when a man was seen acting in a suspicious manner.  He was accosted, searched and one Ruger P85 MK11 9mm Pistol and four rounds of ammunition were taken from his waistband

In another incident, a team of officers from Denham Town seized one homemade firearm on Maxfield Avenue. One man was taken into custody for questioning in relation to the seizure.