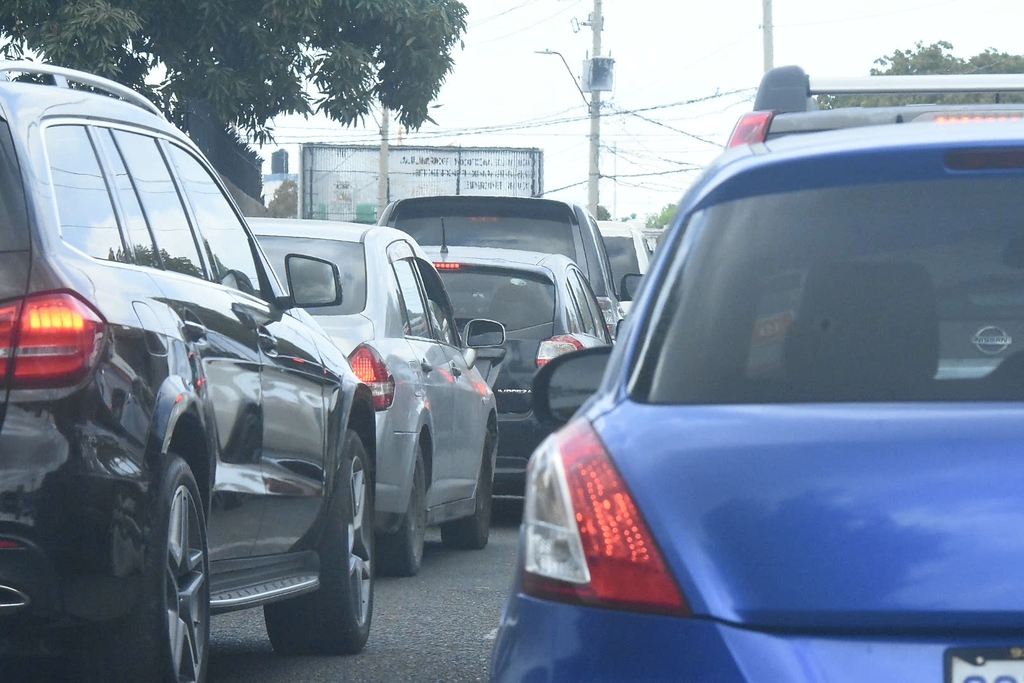 A traffic build up along a Corporate Area road. (file photo)

The police have launched a search for two taxi operators who attacked a citizen who used his phone to capture them breaking the law and committing a number of traffic breaches in a section of the Corporate Area on Tuesday.

Reports are that about 5.30 pm, the motorist saw several taxi operators creating a massive traffic congestion along Hagley Park Road in St Andrew, and took out his phone and started recording the development.

A video of the incident that has been circulating on social media showed taxi operators who were identified as the ones committing traffic breaches, hurling expletives and threats at the motorist.

The video shows the taxi operators even attacking the motorist.

Reports are that one of the taxi operators was seen running towards the citizen with stones in his hand.

But a licensed firearm holder who was passing along the road, saw what was happening and intervened.

In response, the rogue taxi operators made a hasty retreat when they saw the kind of help that was coming for the motorist.

The video, some of which was deleted for varying content purposes, mainly foul language and violence, showed the faces and licence plates of the taxi operators, something the Police High Command has requested of citizens who see traffic breaches being committed along the nation’s roadways.