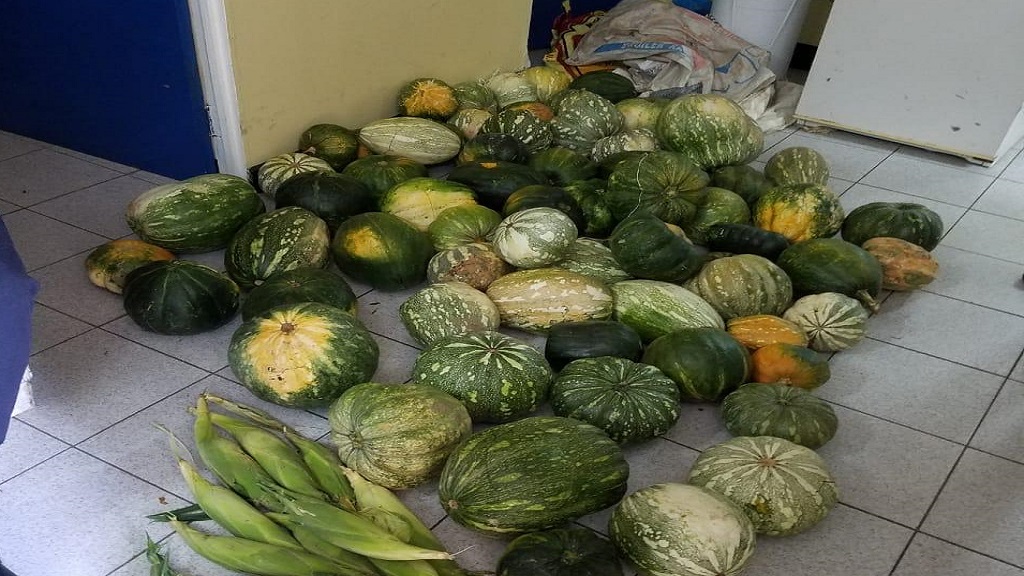 The stolen pumpkins that were recovered by the police in the Bernard Lodge Estate area of St Catherine on Monday.

The St Catherine South police seized over 400 pounds of stolen pumpkin during an operation in the Bernard Lodge Estate area of the parish on Monday.

Reports are that about 9.45 pm, a police team was on foot patrol near a number of farms when they observed persons leaving one of the farms.

On the approach of the police, four men who were seen with bags, dropped the bags and ran.

The police managed to apprehend two of the men.

The pumpkins were found packed in the bags and none of the men were able to properly account for the produce and of them being farmers.

The farmers from whose property the pumpkins were stolen were later notified of the development, and arrangements were made for the produce to be handed over to them.

Charges are expected to be laid against the two men who were arrested before the end of the week.