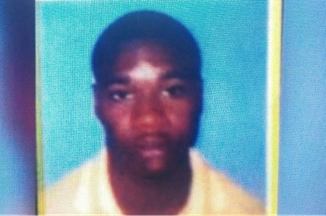 The new photo from the police for Davion Brown, o/c 'Balti', one of the top five most wanted men in the country.

The police have moved to correct and clarify the release of an incorrect photo among a list of the top five most wanted men in the country that was released on Friday.

The men were described as the main violence producers across the country.

Among the names which were released on the wanted list was Davion Brown, otherwise called ‘Balti’; for whom a photograph was released.

But in a statement on Sunday, the Corporate Communications Unit (CCU) of the Jamaica Constabulary Force (JCF) acknowledged than an error had been made, and offered clarification.

The CCU said since Friday, checks by the Criminal Investigation Branch (CIB) and the National Intelligence Bureau (NIB) revealed that the photograph that was supplied for Brown was incorrect. The CCU said the image that was released is of another Davion Brown, who is also from a Westmoreland address.

The constabulary extended an apology, and has since provided the correct photo of Davion Brown, otherwise called ‘Balti’.