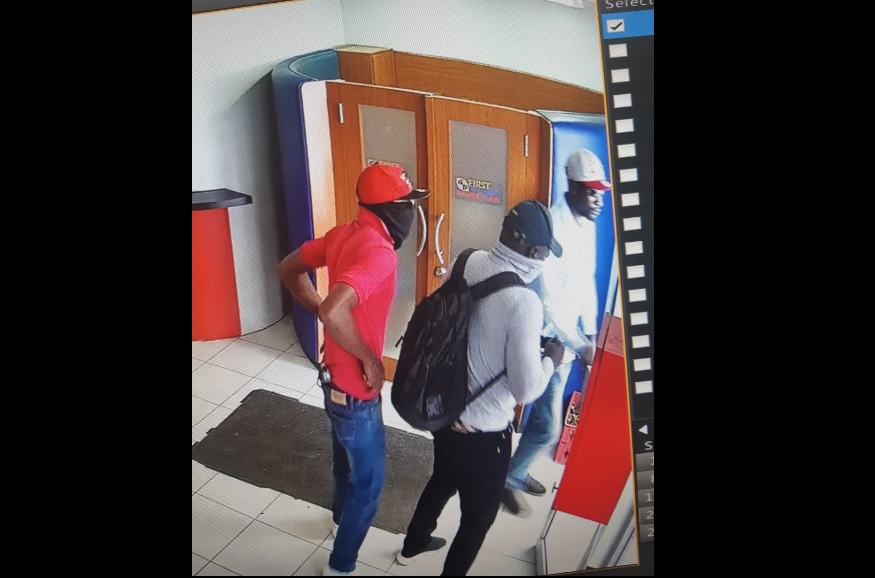 The police say they have stepped up their search for a group of men who they believe was behind an armed robbery at a financial institution in St Elizabeth a little over two weeks ago.

Police sources told Loop News that their probe into the incident has been boosted by the acquisition of physical and technical evidence which they believe can assist in the ongoing probe.

And along with the announcement, a video has surfaced on social media showing men carrying out the brazen robbery.

The one-minute video shows at least four men all armed with handguns entering the business establishment at intervals, and taking up strategic positions inside the establishment.

One man on the video enters the financial institution and is seen talking on his phone. While doing so, he is seen looking around the facility before he pulls a gun and starts making demands of the customers and workers.

The other men are later seen pulling firearms and holding up other persons in the facility. Police sources said the men are believed to have escaped from the facility with millions of dollars.

The exact figure was not disclosed.