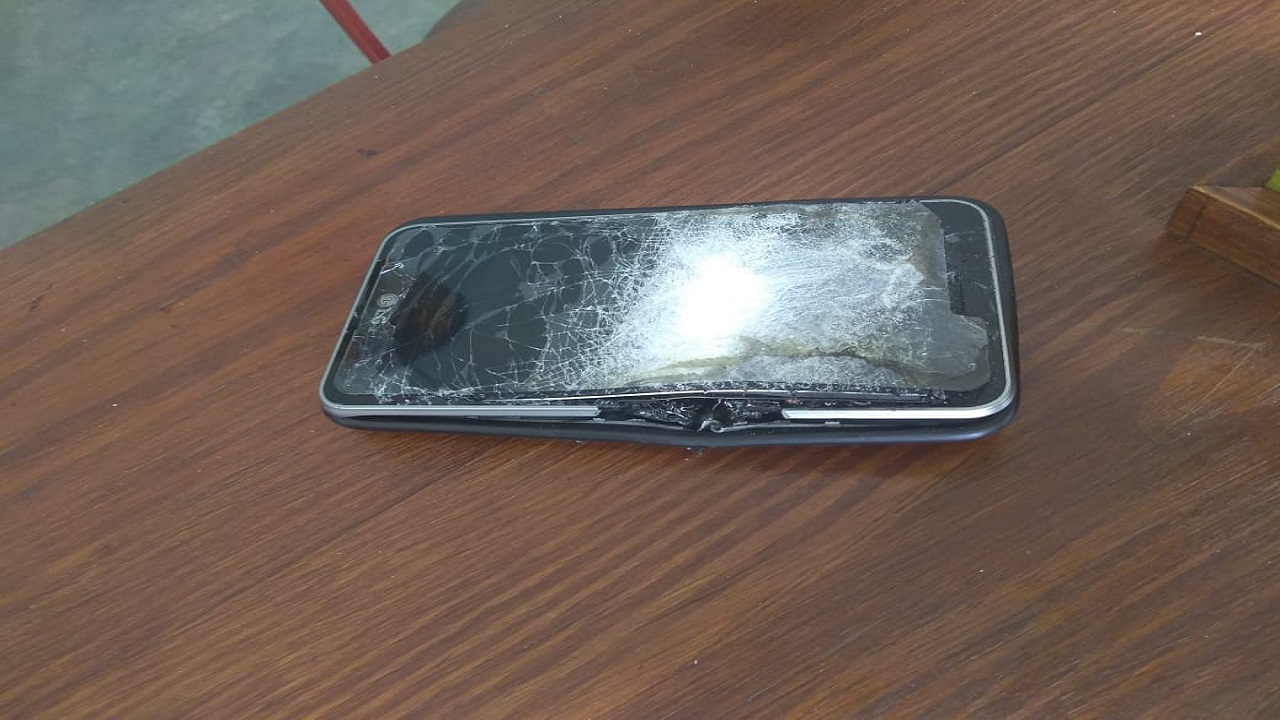 The shattered cell phone that saved the life of a police sergeant in St Andrew on Saturday.

A police sergeant attached to the newly formed Public Safety and Traffic Enforcement Branch (PSTEB) had a close brush with death when his cell phone in his shirt pocket blocked a gunman's bullet from entering the crucial left side of his chest during an encounter in St Andrew.

Reports are that shortly after 5:00 p.m. on Saturday, three armed robbers held up a phone store along Hagley Park Road and fled from the scene in separate directions.

Shortly after, one of the robbers who was standing at an intersection apparently waiting to be picked up by his cronies, was pointed out by civilians to the sergeant who rode up on his motorcycle.

As the policeman pulled over to question the man, the alleged robber reportedly pulled a gun and opened fire at the cop, hitting him in the chest and in both legs.

The courageous cop returned the fire while down and injured, but the man managed to escape.

It was later discovered that the cell phone in his shirt pocket had prevented a bullet from penetrating that section of his chest where the heart is.

There was also a bullet mark on his helmet. 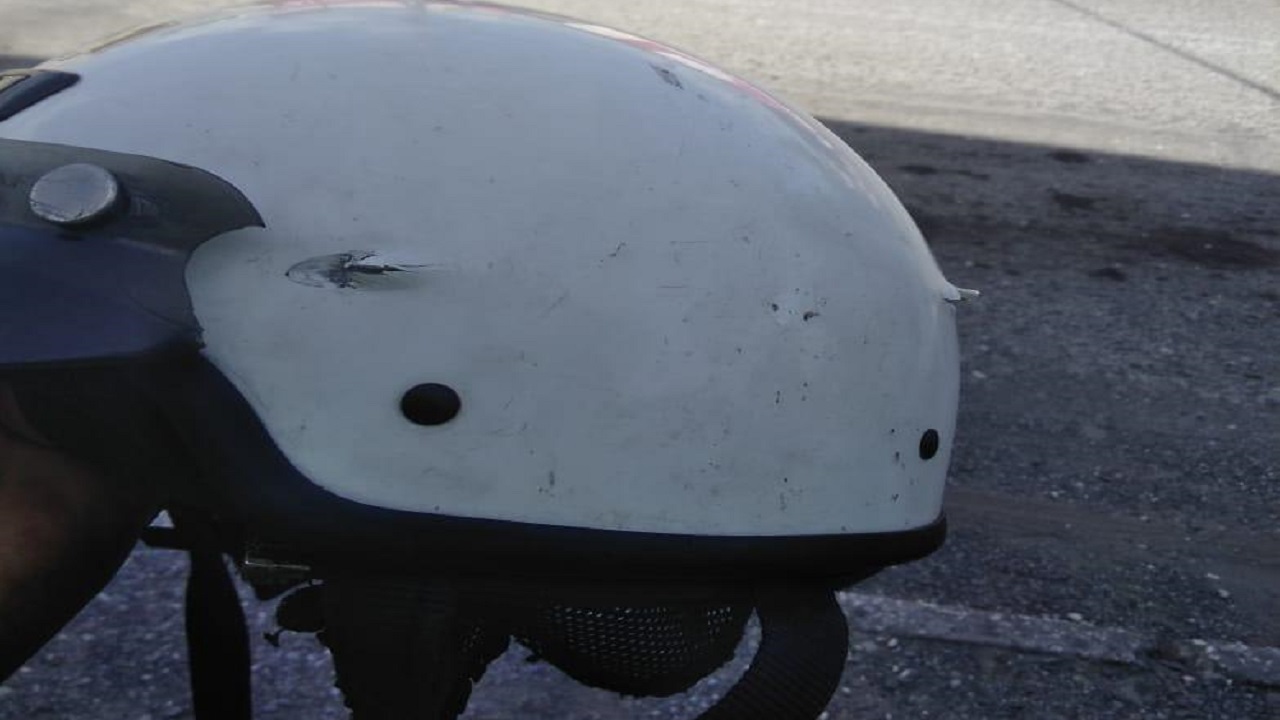 The helmet that the police sergeant was wearing at the time he was attacked and shot by a gunman in St Andrew on Saturday. The bullet mark is clearly visible on the helmet.

It is not clear if the gunman was hit during the exchange of gunfire.

The sergeant is reported to be recovering well in hospital, having not sustained the likely deadly blow that the phone saved him from.