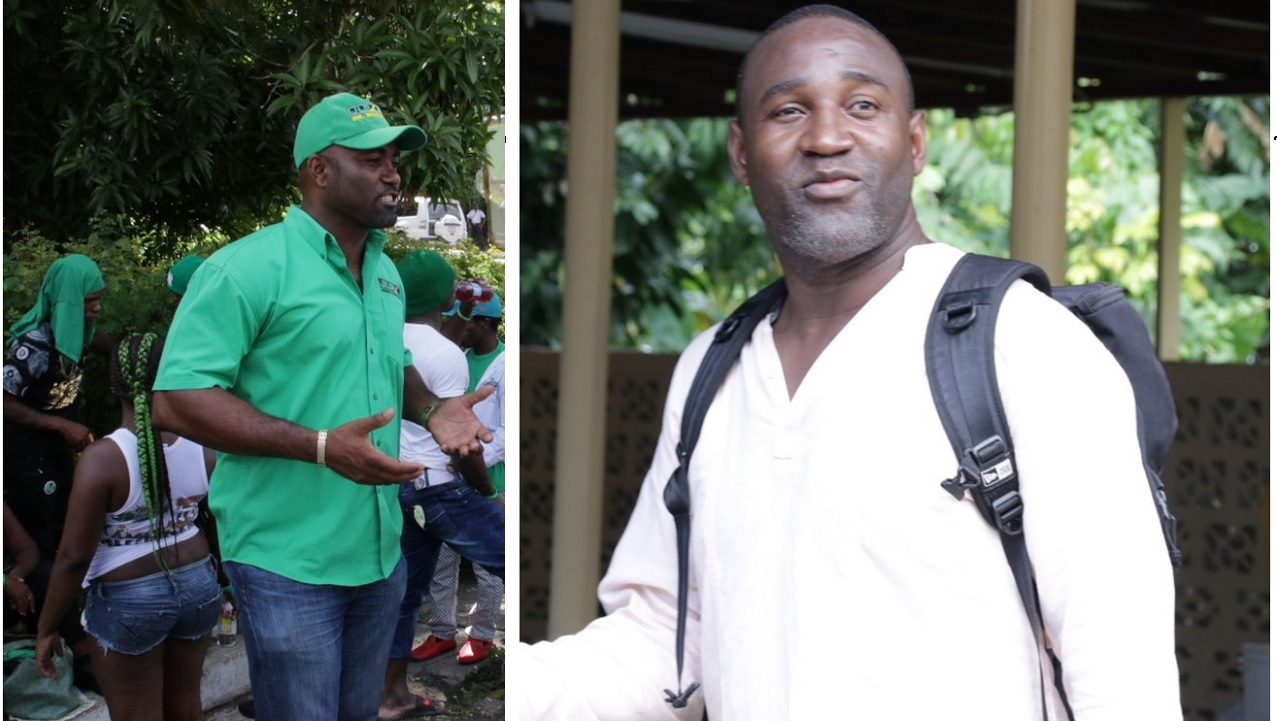 Party bigwigs, Dr Dayton Campbell of the Opposition People’s National Party (PNP) and Dr Andrew Wheatley of the governing Jamaica Labour Party (JLP), were at the helm of their respective party machineries in Richmond town in the heart of the Richmond Division in South East St Mary, for the by-election on Monday.

But like ‘good’ politicians, they had two completely different perspectives on the morning’s proceedings. Both said things were looking bright for their respective parties, with Dr Campbell suggesting that the overwhelming JLP green-clad presence in the town was attributable to persons brought in from outside the constituency by Dr Wheatley.

Campbell said his team has been diligently doing their work “on a local campaign targeting the different polling stations and polling divisions,” and “things are shaping up well for us.”

He said his team was not perturbed by what he contended was the “imported crowd of Labourites”, and he was “extremely confident that the PNP’s candidate, Dr Shane Alexis, will come out on top at the end of the day.

But asked how significant a margin he anticipated for Alexis, he sheepishly conceded that all he could reasonably predict was “that we should increase our margin this time around”.

Recognising without being asked, that the margin of victory was only five votes the last general elections, Dr Campbell said any win would be good for the PNP.

He also conceded that victory for the party was dependent on “everybody delivering in the other polling divisions,” which blew a bit of a hole in respect of his “extremely confident” perspective.

He said Dr Alexis has done well as a candidate, was a good sell as an individual, and had articulated good plans for the development of the constituency, and the PNP’s machinery was fully behind him, and expected to bring him home victoriously.

But Dr Wheatley ripped that perspective to shreds by reminding that 11 months after Dr Campbell won the North West St Ann seat by approximately 400 votes, “he lost his mandate to run the constituency by losing the four divisions in the constituency in the local government elections.” Dr Wheatley said that fact alone disqualified Dr Campbell as a credible source for assessment of campaign effectiveness.

While conceding that both parties had some ‘imported’ personnel in the constituency, he said this was far more pronounced among the PNP, charging that as a case in point, Opposition Leader, Dr Peter Phillips, was travelling with two buses loaded with people  from Kingston.

He said while there were supporters of both political parties from outside the constituency, “the important thing to focus on was the people who are actually voting.

Dr Wheatley said his grounded presence in Richmond town was out of recognition that the town was the weakest area for the JLP in the overall Richmond Division.

“That’s why I am here today, and we are seeing a different turn of event this time around,” he said.

He said local politics has been transformed over time to be more issues-based, with the youth, especially, demanding important answers to their issues. “So we have to know what we are doing, and this is where the PNP is at a clear disadvantage.”

Dr Wheatley also lauded the presence of a team of representatives from the United States Embassy, whom he said simply came to get a first-hand account of the Jamaican polling system, having come to recognise the extremely democratic record the country has developed over time with its elections, and also with smooth changes of government.

“I emphasised to them that Jamaica has become one of the best countries in the world in terms of democracy, a development that have obviously found quite fascinating,” said Dr Wheatley.