Confidence on show at JLP conference 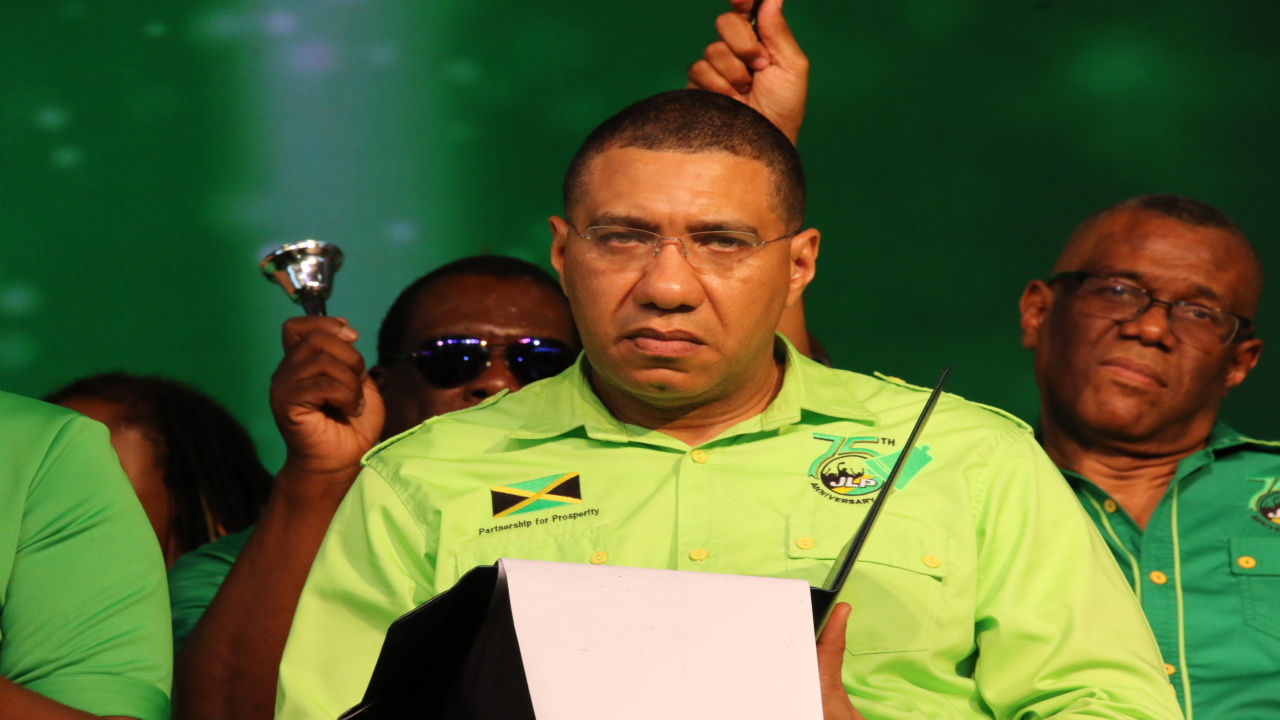 “Prime Minister Andrew Michael Holness is like strong public Wifi. Everybody can connect to him and him signal nah drop.”

Those are the sentiments towards the prime minister from Jamaica Labour Party (JLP) Senator, Kerensia Morrison, as she greeted a jam-packed National Arena on Sunday morning at the start of the public session of the party’s 75th annual conference in Kingston.

Morrison was first to bring greetings after she was invited to the platform by conference chairman, Desmond McKenzie. She described the JLP under the leadership of Holness as the ‘greatest political party in the world”.

Morrison cautioned Labourites that after less then three years in office, “The criticisms will come, but we encourage our hardworking team; you are in the right league. We are giving you our full support.”

She also thanked Jamaicans for putting their trust in the JLP.

“This Administration will never ever let you down,” she said to thunderous applause and the sound of horns inside the already full to capacity venue.

As he took the microphone from Morrison after she had spoken, McKenzie made an announcement:

“Labourites, it is just two and a half minutes to 12(:00 p.m.) and I have been advised by the police to make a public service announcement. There is no more room in the inn at the National Arena to hold Labour Party people. And I’m going to ask the minister with responsibility for the stadium; a going to ask Minister (Olivia) Grange to get the keys, open the National Stadium, open the gates, let in the Labourites…,” McKenzie quipped to applause and bell ringing from the party supporters.

JLP Conference 2018: Holness at ease, except for scandals