Concerns about the status of the Chapelton Hospital amid project there 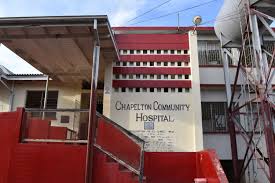 A frontal view of the Chapelton Hospital in Clarendon.

As of Monday, the services at the Chapelton Hospital in North Central Clarendon are to be scaled down for a period of six months, to facilitate renovation work at the facility.

That is the word from the South East Regional Health Authority (SERHA) amid public concern within the surrounding community about the pending development.

Perceived public agitation reportedly caused the official launch of the renovations exercise to be switched from the hospital to the May Pen Health Department on Thursday, after reports suggested that community folks were planning a protest to coincide with the launch ceremony.

Indications are that some of the residents have arrived at the viewpoint that when the Chapelton facility is re-opened, it will be downgraded to a health centre.

But in addressing the launch ceremony, House Speaker and Member of Parliament (MP) for North Central Clarendon, Pearnel Charles, cited politics for the reaction of the residents who were reportedly about to mount the protest.

He said the people were led to demonstrate that the hospital was being closed, when it is construction that will be taking place, not closure.

Charles said during the construction period, out-patient services will continue, and a request has been made for an ambulance be on standby at Chapelton Hospital.

Chairman of SERHA, Wayne Chen, also indicated that the hospital will remain in the community, indicating that the represented an advancement for the facility, not a rolling back of its services.

Chen said the period of dislocation was to facilitate the improvement works.

He called on the contractors for the project, and the National Health Fund (NHF), which is integrally involved, to ensure that the job is completed within the six-month time-frame that has been given for the exercise.