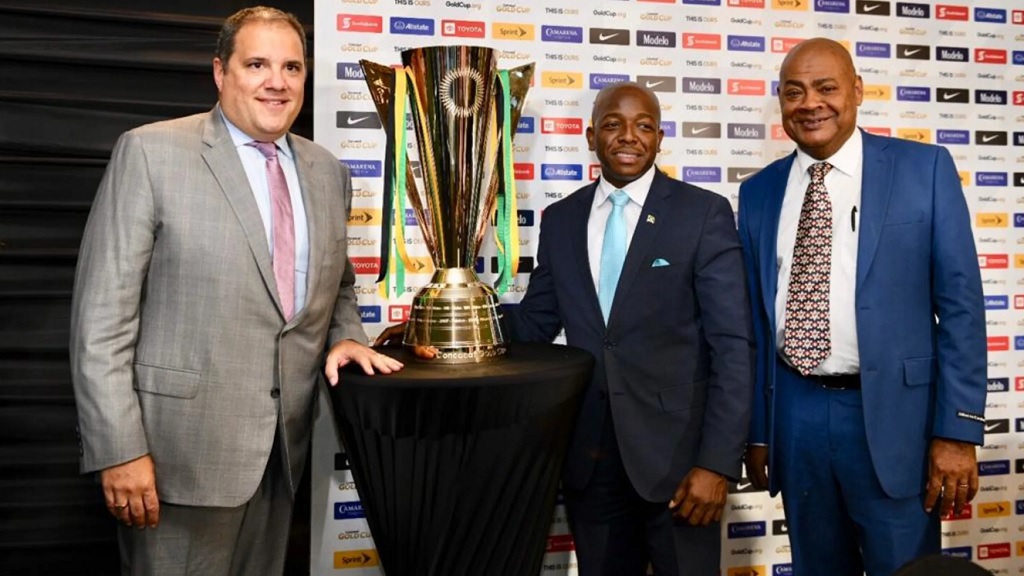 The Concacaf Gold Cup will be played in the Caribbean for the first time when a group-stage doubleheader takes place on June 17 in Kingston, Jamaica.

This was announced on Tuesday by Concacaf President Victor Montagliani at the Jamaica Pegasus Hotel in New Kingston.

Montagliani said that Jamaica will join Honduras in Group C, which also plays in Houston on June 21 and Los Angeles on June 25.

Concacaf plans to announce the full schedule on June 10.

“Bringing the Concacaf Gold Cup to Jamaica is a watershed moment for our Confederation and Caribbean football,” said Montagliani. “Hosting our premier competition in Jamaica for the first time is an extraordinary opportunity to promote the very best of the game in the Caribbean while raising standards and improving access to the sport across our Confederation.”

The matches in Jamaica, which will kick off Group C play, will feature the group top-seeded team Honduras, as well as the host nation Jamaica.

This summer’s Gold Cup will be the first to feature an expanded version, with 16 countries vying for continental glory in what is set to be the largest Gold Cup in history. The stage is set with the 16 national teams qualified, via the 2018 FIFA World Cup Hexagonal qualifier round and the Concacaf Nations League Qualifiers.

“Today is a historic day for football in Jamaica, bringing the Concacaf Gold Cup to our country will change the entire landscape of the game in this country,” said Jamaica Football Federation President Michael Ricketts. “The competition will inspire the growth of the sport and youngsters to play football. We are delighted at the prospects of hosting this Concacaf Gold Cup.”

Tickets for the Gold Cup match in Jamaica will go on sale at a later date. Tickets to all other Gold Cup matches are available at www.goldcup.org.