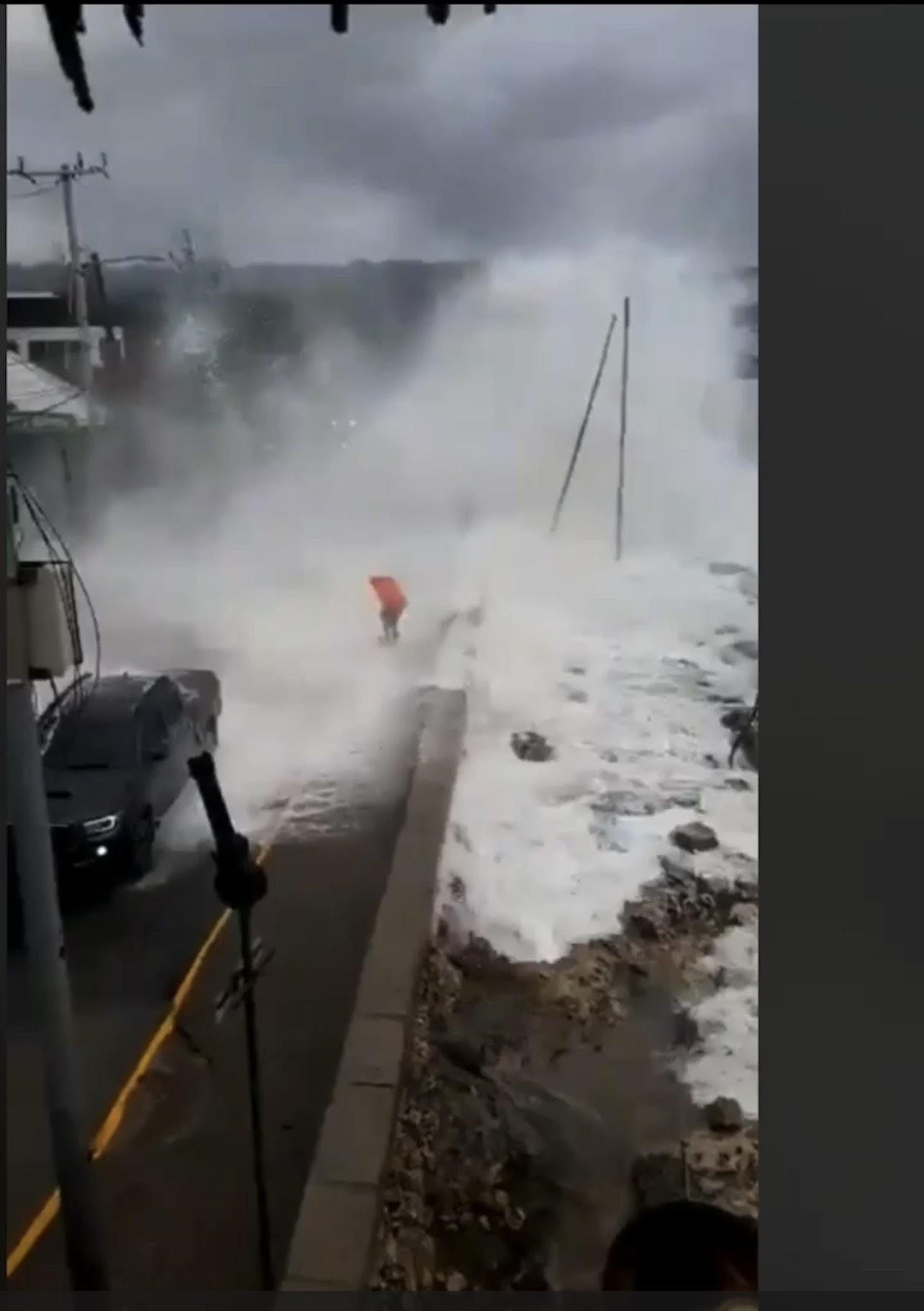 The Metrological Service of Jamaica has advised that a cold front is currently moving across the island and is expected to bring reduced temperatures across Jamaica.

“The front is expected to become stationary in the vicinity of the island Thursday through to Friday,” a statement on the official Twitter page of the Met office said.

And already effects of the weather conditions are being reported in some sections of the island.

In Montego Bay, motorists travelling to sections of the city, especially along Gloucester Avenue, were on Wednesday warned to exercise caution, as strong winds caused by deteriorating weather conditions created discomfort for persons travelling along that corridor.

”Waves are impacting a section of Gloucester Avenue, Montego Bay, near Margaritaville,” the National Works Agency (NWA) said in a statement on its official Twitter page on Wednesday.

Watch the video below for some dramatic eyewitness footage:

“Exercise extreme caution in this area, as debris carried by the waves could cause damage to property,” the NWA tweet advised.

The met office said projections are for cooler temperatures of 2-4 degrees below normal, occasional outbreaks of showers and possible thunderstorms, and strong northerly winds to affect mainly northern parishes over the next two days.

The weather conditions are expected to return to near normal on Friday as the front dissipates.

Jamaica weather: cold front in the vicinity of island