‘Coffee-liser’ being rolled out to local farmers 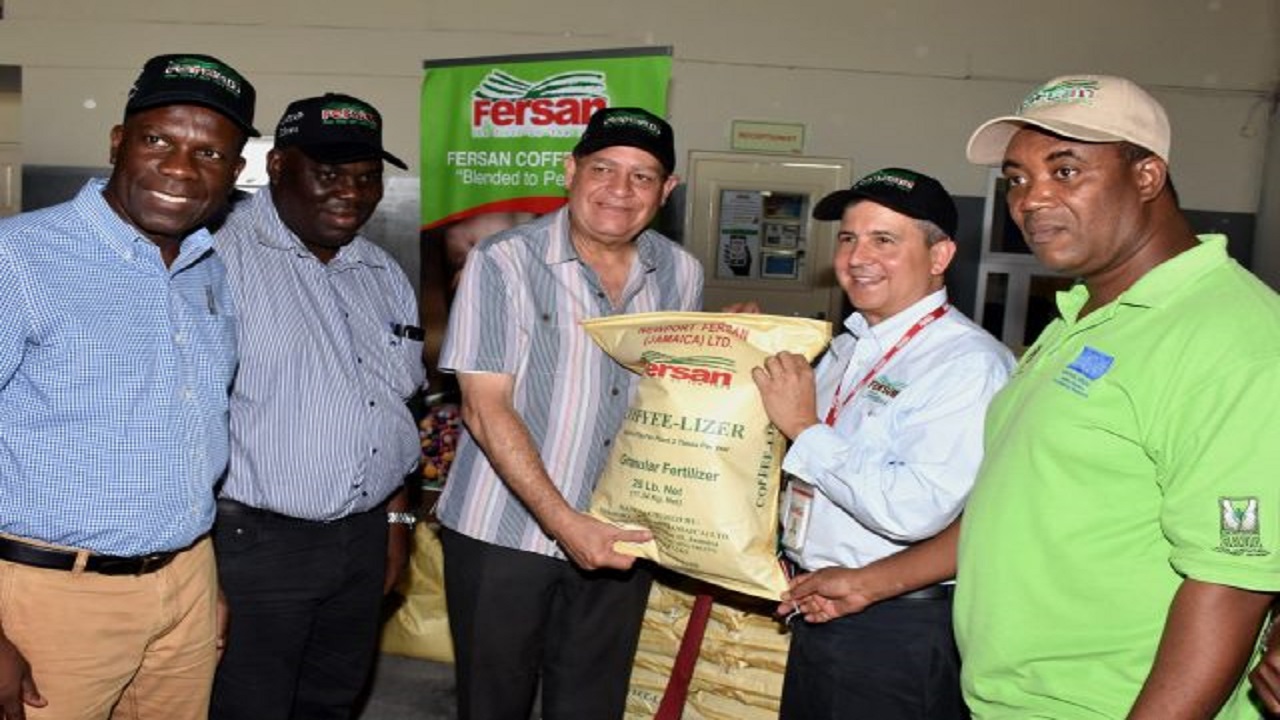 The Government and Newport Fersan Jamaica Limited (NFJ) have partnered to provide over 28,000 bags of newly formulated fertiliser to coffee farmers island-wide.

Dubbed ‘coffee-liser’, the product is designed for application to coffee trees for the prevention and correction of soil nutrient deficiency when used as part of a balanced fertilisation programme.

It is being distributed under the Fertiliser Assistance Supplies and Training (FAST) programme which was established by the Ministry of Industry, Commerce, Agriculture and Fisheries last year.

Several bags of the coffee-liser were symbolically handed over to the Agriculture Ministry during a ceremony at Newport-Fersan’s Wherry Wharf Complex in Kingston on Friday.

In welcoming the initiative, Portfolio Minister, Audley Shaw, said the fertiliser distribution programme is in keeping with the Government’s thrust to rebuild the coffee industry.

He noted that the specially formulated fertiliser will help to significantly improve productivity in the industry.

Shaw praised Newport Fersan “for the ingenuity in coming up with a fertiliser that is custom-designed for coffee”.

Managing Director, NFJ, Dennis Valdez, said his company is presenting a product that is unique to Jamaica, “just as the flavour profile of our coffee is unique to the world.

“We have seen where coffee-liser, if used as prescribed, will give you the yields whilst not breaking the bank,” he added.

Under the FAST programme, NFJ was tasked with developing and distributing approximately 321 metric tonnes of coffee-liser to nine coffee entities which will, in turn, distribute to the coffee farmers. Distribution of the coffee-liser began last month.

The coffee-liser was carefully developed and tested for two years, before being brought on the market.

NFJ, which is the nation’s leading blenders and suppliers of fertilisers, developed the product based on the topography of the land, the stages of flowering of the coffee trees, and the nutrients needed for the optimal growth and production of a coffee tree.

The handing-over ceremony was organised in collaboration with the Jamaica Agricultural Commodities Regulatory Authority (JACRA).

Science Says: What we know about cancer risk and coffee