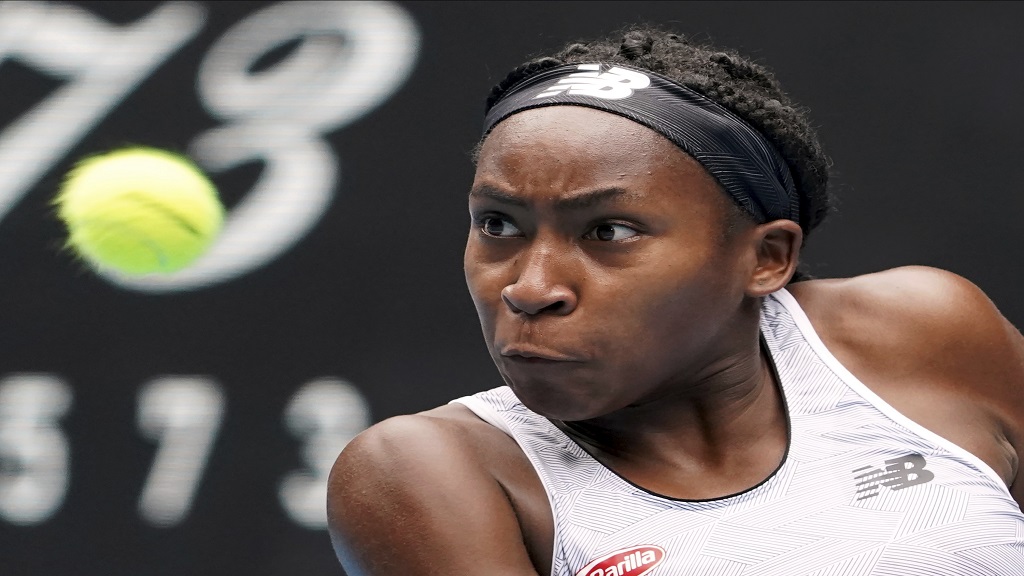 Plenty was going badly for Coco Gauff in the second round of the Australian Open.

The double-faults kept coming Wednesday, nine in all. The deficits, too: First, she dropped the opening set against 74th-ranked Sorana Cirstea. Then, after forcing a third, Gauff fell behind by a break, ceding 14 of 16 points with a series of mistakes. Later, after getting even at 3-all, Gauff was a mere two points from a loss.

None of that mattered. As she keeps showing, over and over, Gauff is not a typical 15-year-old. Not a typical tennis player, either. And by getting past Cirstea 4-6, 6-3, 7-5 in a little more than two hours thanks to a more aggressive approach in the late going, she now has set up yet another Grand Slam showdown against Naomi Osaka.

“I kind of felt the momentum changing,” Gauff said about turning things around against Cirstea. “I knew I had to keep pressing.”

Less than five months after their memorable meeting at the U.S. Open -- Osaka won that one in straight sets, then consoled a crying Gauff on court and encouraged her to address the spectators -- the two will face each other again. Like that time, Osaka is the major's reigning champion and Gauff is making her debut at the tournament.

“I think I'll be less nervous this time,” said Gauff, who eliminated seven-time Grand Slam champion Venus Williams in the first round Monday. “I think I'm more confident this time around.”

As for what sticks with her about the post-match comforting Osaka offered in New York, Gauff said: “If I had a child or something, that's something I would want my child to see. It just shows what being a competitor really is. You might hate the person on the court, but off the court you love them — not really, like, ‘hate,’ but you want to win. Sometimes when we're on the court, we say things we don't mean because we have that mentality. When it's all said and done, we still look at each other with respect.” 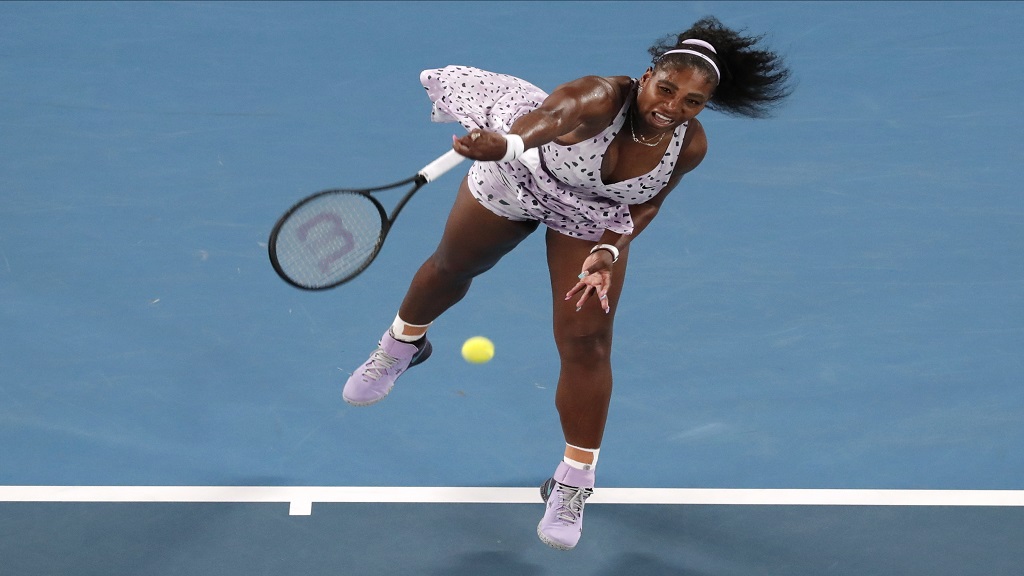 Serena Williams of the U.S. serves to Slovenia's Tamara Zidansek.

6-3 against Tamara Zidansek in a match that finished with the Rod Laver Arena retractable roof closed because of rain — No. 1 Ash Barty, 2018 Australian Open champion Caroline Wozniacki and two-time major champion Petra Kvitova, the runner-up to Osaka in Australia a year ago.

While Federer had the usual Grand Slam day off between matches, Krajinovic's first-round contest was postponed by showers and so he didn't have the proper rest after a five-set win Tuesday.

“I do feel a little bit sorry,” said Federer, who now meets Australia's John Millman, who surprised him in the fourth round of the 2018 U.S. Open.

Gauff was not at her very best on a windy afternoon against Cirstea but managed to figure her way out of trouble repeatedly. Gauff demonstrated plenty of grit, yes, and also enthusiasm, pumping herself up by shaking a fist and yelling, “Come on!” after most of her successful points down the stretch.

All the while, Gauff was supported by a Melbourne Arena crowd that chanted, “Let's go, Coco! Let's go!”

Her father, Corey, was animated in the stands, too, except when he was squeezing his eyes shut at critical moments.

There were several of those for his precocious daughter, who was ranked only 313th last year when she became the youngest player in history to qualify for Wimbledon, then wound up beating Williams there en route to the fourth round.

It is a measure of her came-so-soon stardom that Gauff was playing at Melbourne Park's third-largest stadium Wednesday, even though this was a matchup between a pair of players ranked outside the top 60 and with one career Grand Slam quarterfinal between them, more than a decade ago (Cirstea made it that far at the 2009 French Open).

Indeed, every Grand Slam singles match -- "every" being a relative term, of course, because this was No. 9 -- of the 67th-ranked Gauff's nascent career has been placed on a show court.

This was the first main draw match at a major for Gauff in which she held a better ranking than her opponent.

Didn't seem that way at the outset: Gauff dropped the first set. After forcing things to a third, she trailed 3-0. After making it 3-3, Gauff needed to get through one more gut-check: Twice, she was two points from departing.

But the American teenager broke in the next-to-last game, then held to win.

How did Gauff get through this test?

“Just my will to win,” she said. “My parents, they always told me I can come back, no matter what the score is.”

Osaka worked through some frustrations Wednesday by grabbing her racket with both hands and chucking it to the ground, tossing away a tennis ball and kicking the racket along the court, to boot.

Then she plopped herself down on her sideline seat and draped a towel over her head. Soon, she was gathering herself and defeating Zheng Saisai 6-2, 6-4.

“I mean, my racket just magically flew out of my hand. I couldn't control it,” Osaka said with a mischievous smile. “I think that's how I dealt with my frustration. It was a bit childish. I just want to play one match without throwing my racket or kicking it. That's all I want.”

Perhaps because her news conference took place while Gauff and Cirstea were still playing, Osaka deflected a question seeking some sort of lookahead to the third round, saying simply she would go watch the end of that match.