Cocaine worth $127 million seized in Portmore 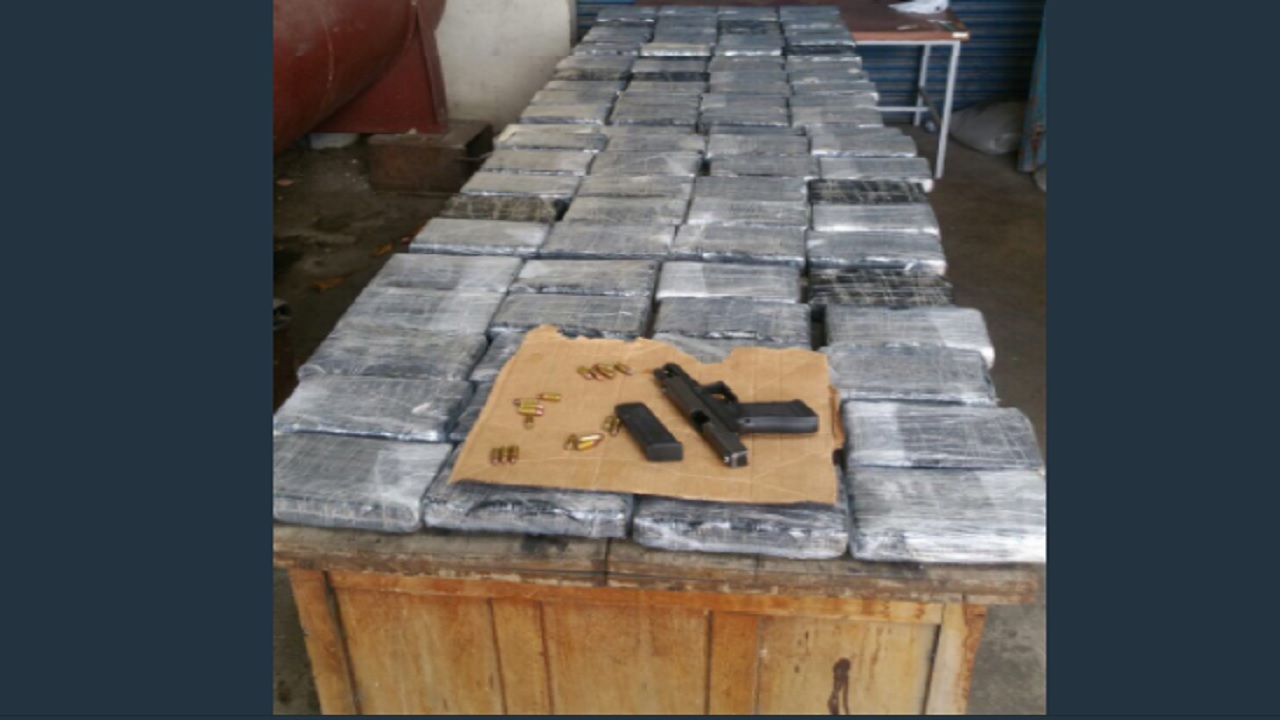 More than 200 pounds of cocaine were seized during an operation by the Narcotics Police in Portmore, St. Catherine on Thursday, September 7.

Reports are that about 5:30 a.m., the officers attempted to intercept a Nissan AD motorcar that was travelling along the Southborough main road.

The driver however refused to stop, sped off and crashed into a section of the round-a-bout along the roadway. He reportedly exited the vehicle and fled, dropping an object as he escaped.

The area was searched, however, the man was not seen, but the object he discarded was retrieved and was found to be a 9mm Glock Pistol loaded with seventeen 9mm rounds of ammunition.

During a subsequent search of the motorcar, four cartons with 92 rectangular parcels containing approximately 222 pounds of cocaine were found in the trunk of the motor vehicle.

The Narcotics Team continues to investigate.

Jamaican sentenced to 14 years in prison for drugs