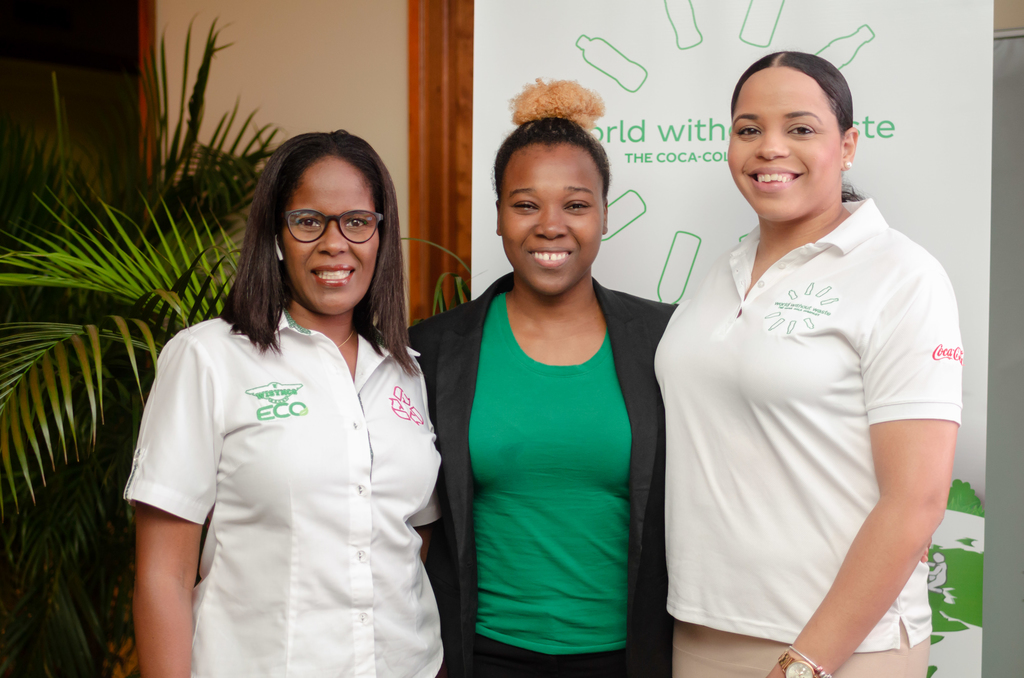 The University of the West Indies (UWI) Mona’s Leslie Robinson Hall was awarded the winning position in the Coca-Cola World Without Waste initiative for the hall’s proposal for a national recycling campaign pitch dubbed ‘No Bottle Left Behind’.

The announcement was made during the finals of the World Without Waste Campaign Pitch and Bottle Drive Competition on December 11, 2019, at the UWI Regional Headquarters in Kingston, Jamaica.

Coca-Cola awarded the Leslie Robinson Hall with $500,000 towards the creation of a recycling initiative on hall.

The occasion was hosted by Wisynco Group Limited through its brand Coca-Cola, in association with Wisynco ECO, the company’s arm mandated to raise awareness about recycling.

Detailed and engaging proposals were presented by Leslie Robinson, Mary Seacole, Irvine, Taylor and Aston Preston halls of residences with key focus being placed on recycling and waste management.

The top five halls at the Mona campus presented written, animated and dramatic presentations to a panel of esteemed judges which included communication material and original jingles to sensitize and get Jamaicans excited about recycling.

The proposals were all in alignment with Coca-Cola’s global initiative which aims to collect and recycle the equivalent of every bottle that is produced or sold by the company by 2030. 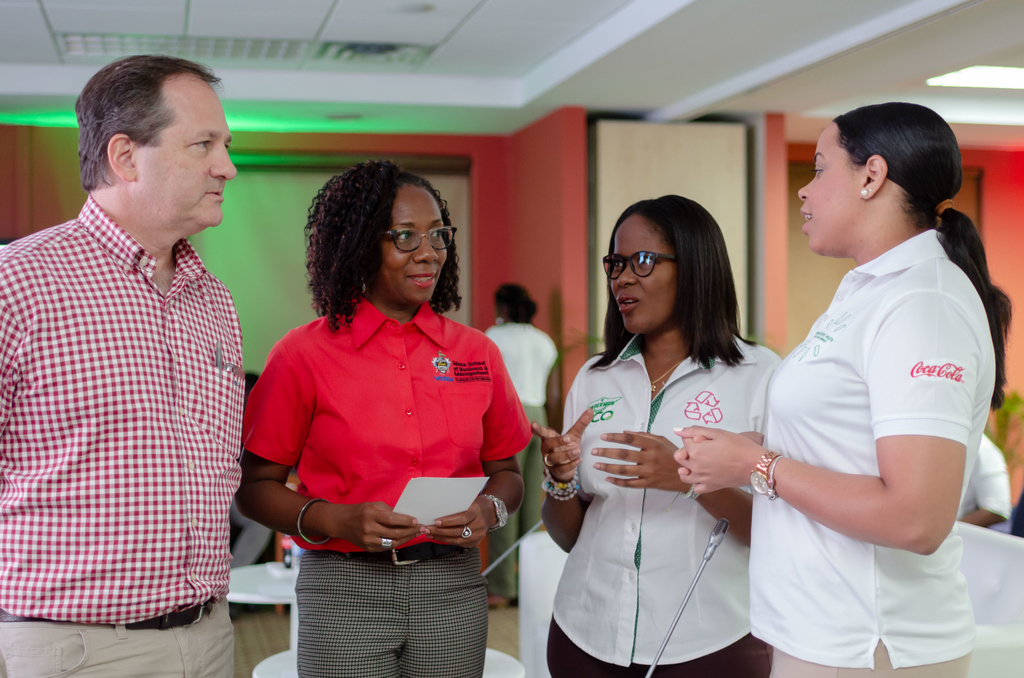 Left to right: Judges, Director of Marketing and IT at Wisynco, Francois Chalifour; Janice Helin, Director of Marketing at the Mona School of Business and Management; Environment Communication Officer at Wisynco Group Limited, Shelly Ann Dunkley and Coca-Cola Jamaica Brand Manager, Amoye Phillpotts-Brown discuss the creative and innovate ideas presented by the students of each team.

“It is great to see so many young people involved and enthusiastic about creating a sustainable environment through recycling. We are pleased with the numerous strategies and campaigns presented. Their campaign ties in well with Wisynco and Coca-Cola’s goal to positively influence the recycling habits of consumers and heighten public awareness around the implications of ignoring environmental issues,” said Dunkley.

Hall Chair of the Leslie Robinson Halls, Shajunee Gumb, expressed that she realised that plastic bottle waste was abundant in Jamaica.

“We decided to create a recycling proposal tailored to the Jamaican demographic that would include the youth, as young adults have a great impact on the world,” she said. “The World Without Waste Campaign is a great initiative by Coca-Cola as it looks toward sustainable development because we want to ensure that our children and their children have a clean Jamaica to live in.”

In addition, the UWI halls’ participation in the World Without Waste Bottle Drive exceeded the 200,000 target set by Coca-Cola and Wisynco Eco.

Hall Chair of the Elsa Leo-Rynie Hall, Ravin Singh, stated that although recycling is not new, it is not widely practised or seen as attractive to university students.

“It was difficult to get my peers interested. However, we hosted internal competitions with the towers on the hall and provided incentives to increase competitiveness,” he said. “Eventually it evolved from being just on campus to off-campus as well, which was why we were able to collect so many bottles.”

The Coca-Cola World Without Waste initiative will make its next stop at the University of Technology, Jamaica in 2020.