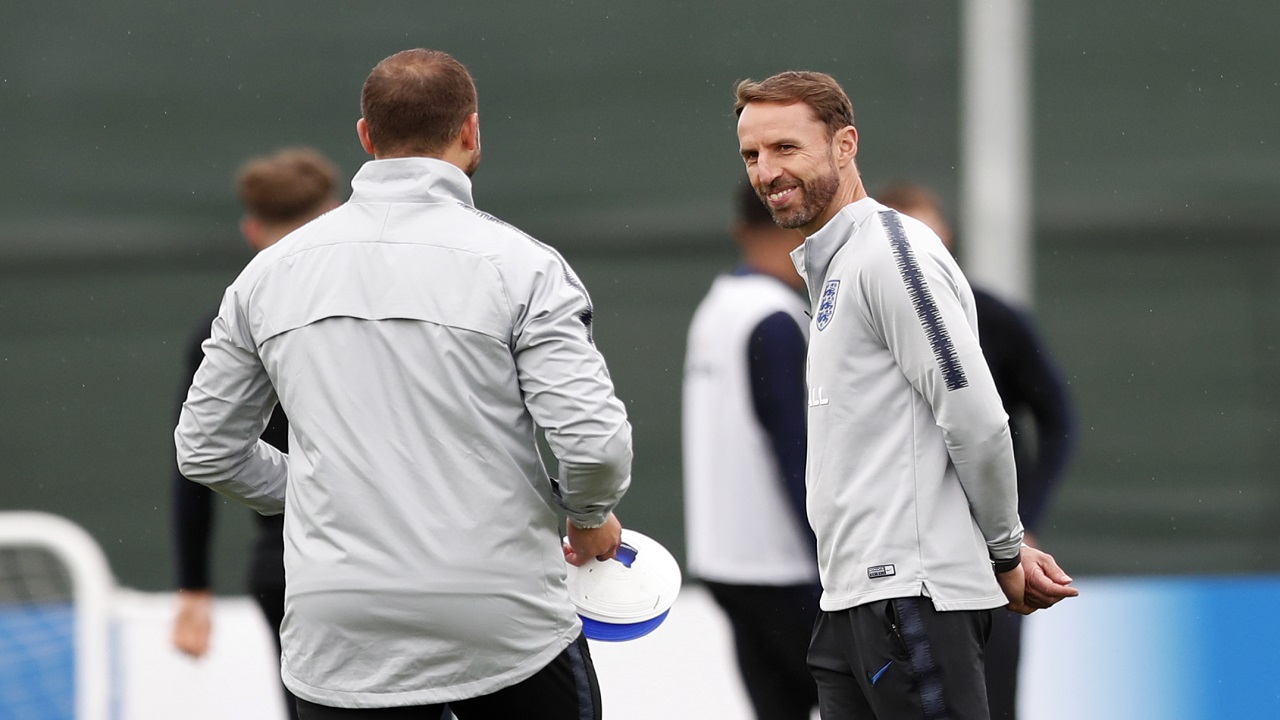 In an age of tattoos, tongue piercings and tensions over Brexit, a soft-spoken man in a dark blue waistcoat and striped tie is uniting England amid dreams of victory in football's World Cup.

Coach Gareth Southgate is the buttoned-down leader of a new generation of players who speak softly and let their victories silence critics. And England supporters have found that refreshing after years of underperforming teams led by stars such as David Beckham, who became as much a celebrity as an athlete.

"He's very much about a team spirit. It's more about the collective — you can see it in the way he deals with the squad," said Paul Willis, who was in the stands last Saturday in Samara, Russia, when England reached the semifinals with a 2-0 victory over Sweden. "We had superstars, but we didn't have a team."

Southgate's focus on teamwork and civility has made him an unlikely icon in a country that is deeply divided by bitter arguments over plans to leave the European Union and a widening gap between rich and poor. England Captain Harry Kane may be the tournament's leading scorer, but fans are donning waistcoats and ties — even as the country enjoys an unusually hot summer — in homage to Southgate as pundits extol the 47-year-old coach's calm leadership.

"He has shown us the value of courtesy, kindness, hard work and that most derided of virtues, niceness," columnist India Knight wrote in the Sunday Times. "He has redefined not just how to be a manager, but how to be a man."

Southgate displayed his character after England's July 3 victory over Colombia, offering a supportive hug to Colombian player Mateus Uribe after his miss in a penalty shootout helped England advance. The England coach understood Uribe's agony, having missed a similar shot at the 1996 European championships. The moment of empathy also reminded the country how Southgate once lampooned his own failure with a Pizza Hut commercial in which he wore a bag over his head to shield his identity from angry fans.

Southgate's compassion sparked a hashtag for the coach's real and imagined acts of kindness such as "#GarethSouthgateWould stop and help you put the chain back on your bike even if he was all dressed in his waistcoat and late for the game."

Southgate became manager less than two years ago after the Football Association's first choice was forced out after unguarded comments to undercover reporters. Since then he has quietly ushered out the last of the old stars and brought together a group of youngsters who modestly shrug off compliments and give kudos to their teammates.

Perhaps more importantly, he recognized the contribution of the fans, something that had been eroded during the superstar era. After every game, Southgate and his players walk across the field to applaud the supporters who have traveled to Russia to cheer for the team.

"We had lost a bit of connection," Willis, a 57-year-old fan from Birmingham, said of past regimes. "That is now back. All the team and the back room applaud our input to the game."

That has also translated into huge support back home in football-mad England.

At least 20 million people, 38 percent of England's population, watched Saturday's victory over Sweden, according to figures from the BBC. Commentators say the actual number was much higher because so many people watched the game on huge screens in parks and shopping centers.

London authorities are inviting 30,000 fans to the city's Hyde Park for a screening of Wednesday's semifinal against Croatia. Fearing demand will far exceed that, authorities stressed that only those with tickets should come to the park. Ticket services reported hundreds of people were trying to dump theater tickets for Wednesday because they had more pressing business elsewhere.

Social media sites are urging fans to wear waistcoats — please don't call them vests — to the office ahead of the big match — a "Waistcoat Wednesday" if you will. Marks & Spencer, the official tailor to the England team, says sales of the grandfatherly garments have doubled during the World Cup.

Rio Ferdinand, one of the previous "golden generation" of players who is now a commentator for the BBC, has been leading the cheers for this year's team, asking fans to post video of their beer-throwing, chest-bearing, flag-waving celebrations after the win over Sweden.

On Sunday, Ferdinand tweeted his own mea culpa for past failures, while also highlighting Southgate's unique contribution.

Kane, who turns 25 later this month, has scored six goals in the tournament. Dele Alli, 22, came back from injury to score the team's second goal against Sweden. Fabian Delph, 28, played the last 15 minutes of Saturday's game after missing the previous game against Colombia because Southgate allowed him to go home for the birth of his third child.

Southgate himself recognizes the contributions of everyone, from the physiotherapists to the players who push their teammates in practice but rarely get into a game, even to fans back home.

Barring that, it does help to have a snappy waistcoat.

"Quite frankly, I don't care what he wears," Willis said. "He can wear a tutu if we carry on winning."

Sterling under scrutiny as barren run continues for England