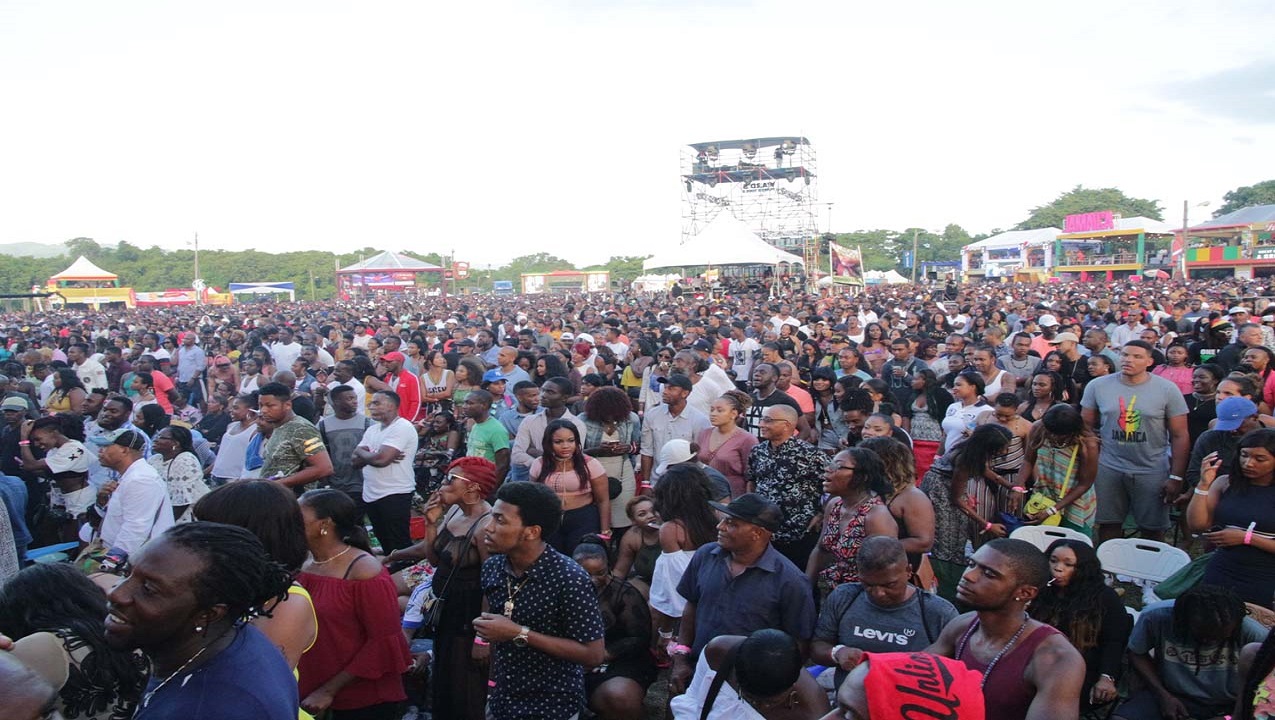 The art form of dancehall often chronicles in scathing terms, the violence and feats of sexual gratification that run like a fault line throughout the Jamaican society. The genre itself, by its very nature, creates a paradoxical set of issues that can bolster a dancehall artiste’s career and enrich his pockets, even while putting that said artiste’s life and career in mortal danger.

Several Jamaican musical artistes have attracted controversy and a litany of legal troubles over the last two decades, leading to the questions: Why are Jamaican celebrities such poor role models? Are they drinking their own 'kool-aid' and tricking themselves into believing that they are untouchable? Or are they trapped in the prison of their own lifestyles and often unrealistic expectations of the public?

"I believe it has to do with more than one thing. In most Jamaican households, there is no father. Most (Jamaican dancehall artistes) grew up in the ghetto and were not prepared for the success they are now enjoying, and without that guidance, they are susceptible to almost anything," musicologist and public relations practitioner, Ralston Barrett, told Loop News reporter, Claude Mills.

Barrett feels that although artistes project the image that they are infallible, the high-intensity exposure of the media often proves too much when they are held up to scrutiny.

"How many of us could never put a foot wrong if we were in the public eye? Our artistes are only human, just as we are, and it's unfair to expect them to be perfect. Our dancehall artistes and celebrities are extremely vulnerable," he said.

"The media environment is entering an intrusive phase in terms of the violation of the privacy of celebrities, creating a never-before-experienced level of scrutiny. Not many people know that when FDR (former US President, Franklyn D Roosevelt) died, he did so with his sweetheart, or that Albert Einstein was a womanizer. But today, the maw of the media is so big with the 24-hour news cycle, that the media takes advantage of celebrities," McKenzie mused.

"Our celebrities and well-known personalities of earlier times had their scandals and issues, but these were allowed to remedy themselves, but not anymore," he indicated.

A major Achilles heel of local artistes is the fact that many operate without managers or a cadre of trained professionals to create a buffer between themselves and danger of varying kinds.

"Further, most artistes nowadays have no manager, when they sing a hit song, they are largely doing their own thing, with no professional guidance, no one in their inner circle to be the voice of reason and guidance, and that's why (I think) Buju Banton is serving time in jail, why Vybz Kartel and Ninjaman are now in prison. And people say these are smart guys, so if they are so smart, how did they end up in jail?" Barrett asked.

"When Buju Banton had Donovan Germain as his manager, he never had certain issues. Lack of proper management is one of the biggest handicaps of today's artistes," Barrett mused

Dancehall superstar, Vybz Kartel, lived on the edge of controversy for years. He once boasted that he was not a role model, and had no obligation to raise other people's children.

This is within the context that many reggae and dancehall stars have some very young fans, but even though they recognise that, many tend to behave in a manner that is not appropriate for their younger fans to see.

So are many of the legal problems and scandals that artistes face today self-inflicted? Are the problems largely based on the fact that even though they have wealth, they have little chance of generating any sort of genuine upward social mobility, despite their nouveau-riche, because of their original poor social class?

"You must remember that these artistes come from high-risk environments, and they are still in contact with elements who are dangerous to be around. Most are inner-city youths who end up trusting people they shouldn't. Money doesn't change your social position. The elites still see them as a poor man with money. Even though their (the entertainers’) incomes far outstrip theirs... they just don't see them as their equals," McKenzie said.

Barrett also believes that the current media environment rewards bad behaviour until artistes get caught in a spiral of sex, drugs and risky behaviour generally, until it is too late for them to escape the whirling black hole that is threatening to devour their reputations, new-found wealth and their actual lives.

"Social media is a huge factor in promoting risky behaviour. They do it for the likes and the fame, and social media makes the artistes dem stupid and lazy. It’s all about a shortcut, not trying to write good songs. Bad behaviour always appears in the media, but there is something very cynical about this. Fans lap it up, because they love bad boys (and girls), and they reward attention-seeking behaviour until these artistes end up trapped in prisons of their own making," Barrett said.

Artistes often graduate from metaphorical prisons to literal cells as evidenced by Vybz Kartel, who is soon to have an appeal conducted into his life sentence for murder, with 35 years behind bars before being eligible for parole unless his legal team succeeds at the appeal.

Another former high-rolling dancehall figure, Flippa Mafia, has been pulled in by the United States justice system on a major drug trafficking rap with him allegedly having played the lead role.

Reggae stars have not altogether escaped the stain of incarceration, as Buju Banton, who will be freed early next year after serving 10 years in prison in the US for being caught in the setting up of a cocaine deal in 2009.

Just over a week ago, reggae-dancehall firebrand, Capleton, was charged with rape, while last year, Munga Honorebel was charged with murder, and returns to court next month to answer that charge.

And the list of local dancehall/reggae artiste to have fallen into legal trouble has by no means been exhausted, as, for example, even the ‘Messenger’, Luciano, has had to face the courts, though ultimately successfully, on a charge of harbouring a fugitive at his home.

"There is now a phenomenon known as 'post-coital rape', along with the other obstacles, that an artiste now has to navigate. The rules have changed from when Bill Cosby was doing what he was doing…. The first time he was tried, there was a hung jury, but with the #metoo movement, the feeling has changed now, and now he is facing the prospect of living the rest of his days behind bars," McKenzie said.

There is also something more than a little strange about the way that most Jamaicans think they know celebrities, considering that all that is really known about them is what their public relations teams allow the public to see. Are they anything like their image implies? Or do we project our own perspectives of what we want them to be like?

"It matters not. There is a difference between their public persona and their private lives, and these are grown men, not children. Far too many of our top Jamaican artistes are ending up in jail. Too many of them have had issues with the law (at varying levels), and others continue to have issues with the law…. but such is life," Barrett said.

No link between dancehall and violence, say experts