Close to 2,000 pounds of ganja seized in Manchester 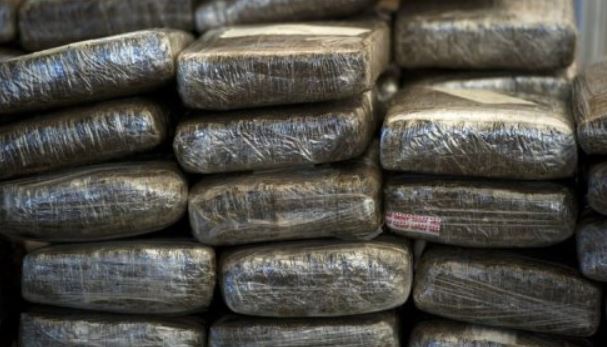 Compressed ganja, weighing nearly 2,000 pounds was seized during an anti-narcotics operation, led by the Narcotics Division, in the parish of Manchester this morning.

Reports are that about 6:30am, members of the Narcotics Division, along with the Manchester police, carried out an operation in Comma Pen, Manchester.

During the operation a makeshift hut was searched in which compressed ganja, weighing about 1,800 pounds was found hidden in sealed cans and other packages.

An hydraulic jack and other tools used in the preparation of compressed ganja were also seized during the operation.

Members of the Narcotics Division are investigating.

Over 300 pounds of ganja seized in anti-narcotics operation