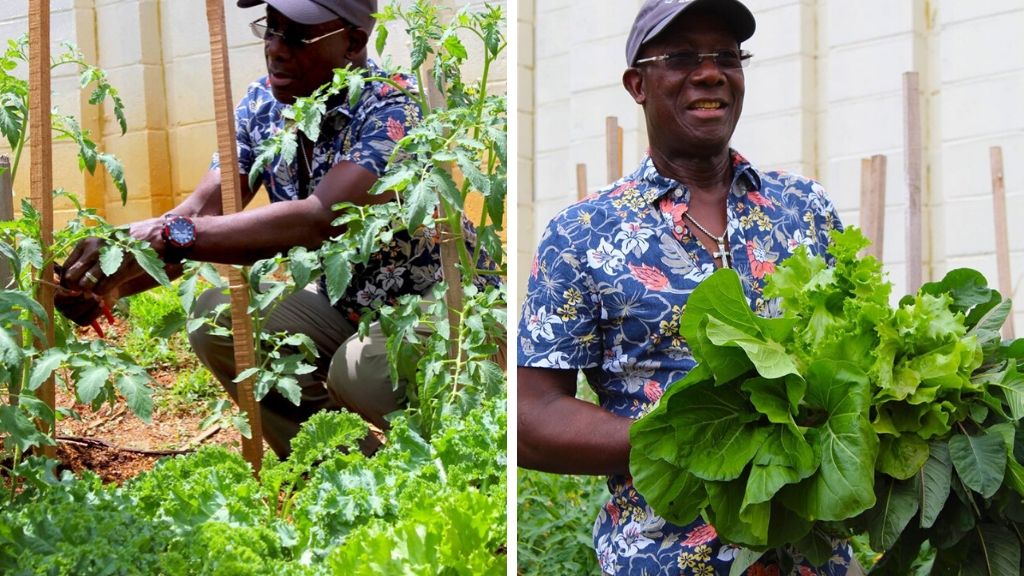 Every year now, gardeners should be rethinking what they grow and where because of climate change, experts say.

Plants are under stress because of rising temperatures, less frequent but more intense precipitation, and changing pest and disease problems.

Flowers and the insects that pollinate them are falling out of sync.

‘Conditions have become more challenging for gardeners since the weather has become more unpredictable,’ says Richie Steffen, executive director and curator of the Elizabeth Miller Botanical Garden in Seattle.

‘We’ve had much hotter summers, while our winters have been all over the place,’ he says.

‘Some were dry. Some were very wet. And in this region at least, our wet spells tend to come with much heavier rains rather than our typical misty rains.’

The average home gardener should examine water use, and estimate how much of that precious resource is going to be necessary and available in the future, he says.

‘Be less rigid about lawns and not so fastidious about keeping them watered all summer,’ Steffen says.

‘Create more habitat and extend the flowering season for pollinators.’

‘And be more selective about plant selection. Many things not so readily available 20 or 30 years ago are available now.’

The most trustworthy plants are those that regenerate quickly and can handle extremes, says Jessi Bloom, owner of NW Bloom EcoLogical Services in Redmond, Washington.

‘Another group of plants to consider is edibles, for personal resiliency and food security,’ she says.

The climate in 2025 will be different even from that in 2020, so take that into account when doing your landscape planning, says Sara Tangren, invasive species foreman for Empire Landscape in Silver Springs, Maryland.

‘For perennials, stick with locally native plants. But when it comes to trees, look to a broader range,’ Tangren says.

‘I’m not recommending natives when talking trees. Go for something instead that can take the heat.’

You also can expect more dormancy in lawns, she says.

‘They’ll be going brown in summer, but you can transform that look in part and save on mowing by deciding which portions of the yard you really use,’ Tangren says.

‘Start planting perennials, shrubs and trees there instead.’

Precipitation is becoming more intense but less frequent, and temperatures are getting hotter, she notes.

‘Two inches of rain used to be a big deal around here, but now we’re seeing 7 inches.’

That sounds like plenty, but when it falls in one day and the average temperature is 5 to 10 degrees higher, then the evaporation rate is higher and you don’t have any access to it,’ Tangren says.

‘Soils don’t store water as readily when they get too much at a time.’

Many things are blooming earlier than ever before and also lasting longer into the fall. “That’s giving us more production but also more work,” she says.

Trees are leafing out faster, while the window for wildflower blooms is getting slower and they’re being shaded out.

“That means they won’t be there for the insect pollinators and the songbirds, and this reverberates through the whole system,” Tangren says.