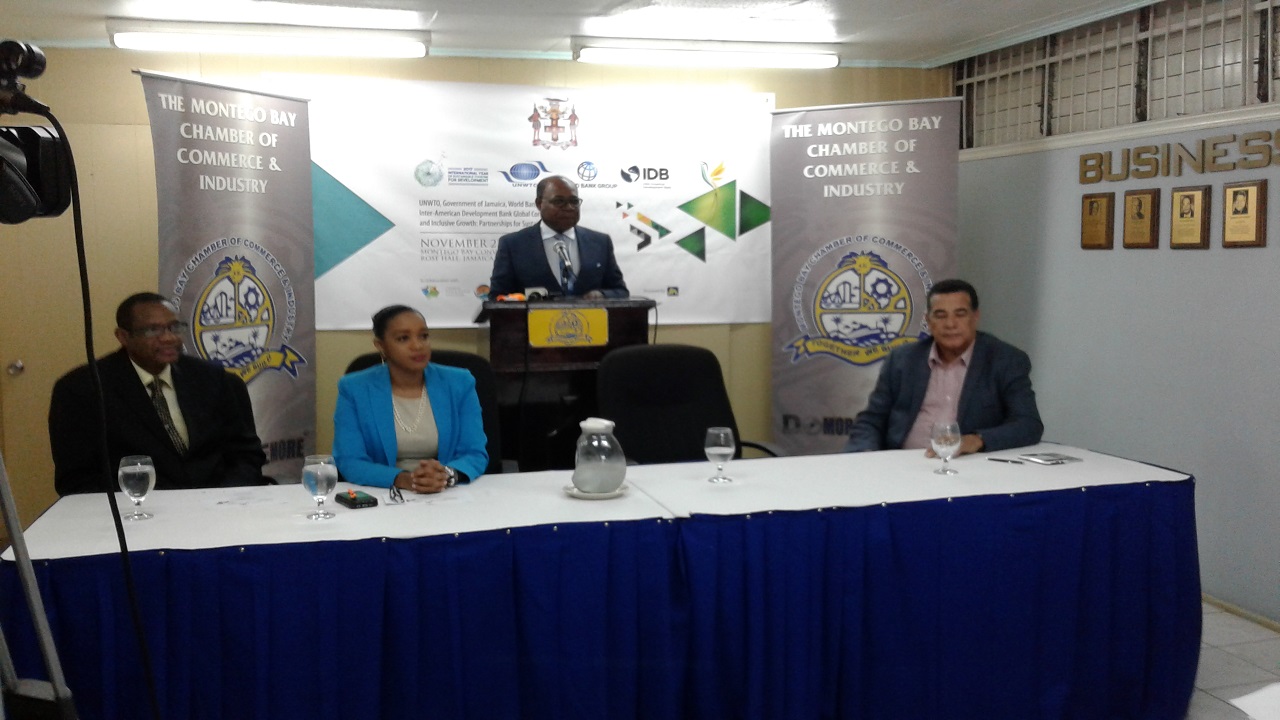 Tourism Minister Edmund Bartlett says the first day of the upcoming United Nations World Tourism Organisation, Government of Jamaica, World Bank Group and Inter-American Development Bank Global Conference on Partnerships for Sustainable Tourism, will be focused on climate change and its effects on the Caribbean economy.

This, in light of the impact of the recent passage of hurricanes, Irma and Maria on islands in the region.

"So for us the conference has taken a greater meaning for the Caribbean as a result of the recent climatic events.  The whole issue of resilience has to be discussed , we have to look at climatic change in a very strong way and the future of the Caribbean," the tourism minister stated.

He argued that exploring recovery strategies will also be a part of the discussions.

Citing the effects on the economy of Houston with the withdrawal of investors following the devastating passage of Hurricane Harvey, the tourism minister said the future of tourism in the Caribbean must be seriously looked at in light of investment uncertainty due to climate change.

"We need to be sure about that because investors want to be secured in terms of the future of their investments.  We want our region to be also positioned in a way where investment is not shying away from it but investment is coming to it," Bartlett said.

He was addressing journalists at a press conference hosted by the Montego Bay Chamber of Commerce and Industry in St James on Tuesday.

The conference is scheduled to be held at the Montego Bay Convention Centre in St James between November 27-29.