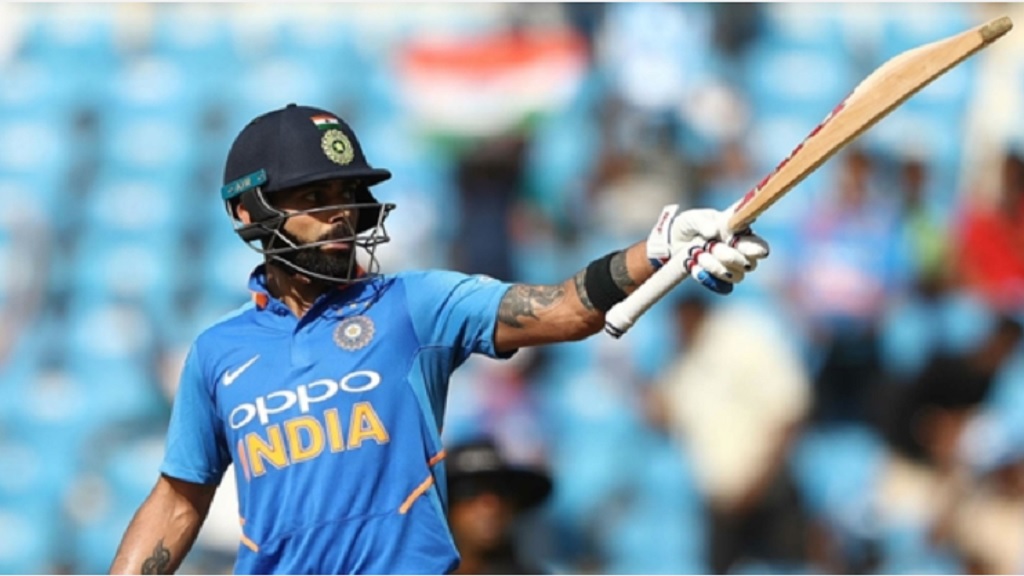 Virat Kohli made a sublime 40th One-Day International (ODI) century and Vijay Shankar struck twice in the final over as India claimed a 2-0 lead in the series with a dramatic eight-run win in Nagpur.

Kohli led by example yet again on Tuesday, crafting 116 from 120 balls in India's 250 all out - Pat Cummins the pick of the bowlers with magnificent figures of 4-29 from nine overs.

Australia were going along nicely on 218-5, but the impressive Jasprit Bumrah (2-29) and Kuldeep Yadav (3-54) both struck to leave a gripping match in the balance.

Shankar stepped up to win it for India with the tourists needing 11 from the final over to level the five-match series, dismissing Marcus Stoinis (52) and Adam Zampa.

Stoinis had scored only one run off the 48th over from Bumrah while keeping Nathan Lyon off strike but was unable to see Australia home after piling the pressure on himself.

Cummins had Rohit Sharma caught at third man in the first over after Aaron Finch won the toss and opted to put India into bat.

Glenn Maxwell snared Shikhar Dhawan (21) leg before with his third ball, but Kohli showed sweet timing as he struck boundaries on both sides of the wicket.

Still, paceman Cummins and Maxwell put the squeeze on, and Lyon made an immediate impact by removing Ambati Rayudu to leave India 75-3 after 17 overs, so a stand of 81 for the fourth wicket was more than welcome.

Shankar crunched Stoinis for six as he and Kohli upped the run rate, the latter reaching his half-century off 55 balls.

The partnership ended in unfortunate fashion, Shankar run out backing up when Zampa got a hand to a Kohli drive. The leg-spinner then struck a double blow by removing Kedar Jadhav and MS Dhoni in the same over - the former India captain sent on his way first ball.

The classy Kohli slapped Nathan Coulter-Nile for four to reach three figures yet again before Cummins had him caught at deep square leg. The outstanding quick claimed another two wickets as the India tail was blown away.

Finch (37) and Usman Khawaja (38) got Australia off to a strong start with an opening stand of 83 only to depart in quick succession, falling to Kuldeep and Jadhav respectively.

Ravindra Jadeja had the returning Shaun Marsh caught behind and the dangerous Maxwell was cleaned up by Kuldeep to leave Australia at 132-4.

Peter Handscomb made 48 but departed after Jadeja ran him out with a brilliant direct hit and it was advantage India when three wickets fell for only five runs, starting with Alex Carey's departure for a brisk 22.

Australia needed 20 off two overs after Stoinis saw off Bumrah, yet Lyon showed his capability by hitting the last ball of the penultimate over from Mohammed Shami for four.

However, Shankar - whose only previous over in the innings went for 13 - held his nerve to seal victory, claiming the final two wickets in three deliveries.