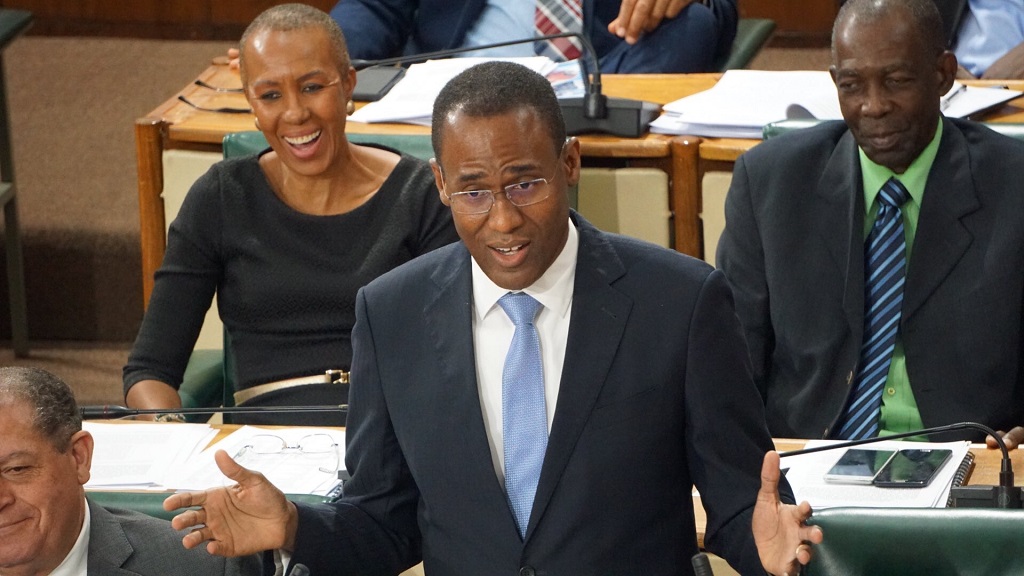 The issue of whether Jamaica should change policy and peg the Jamaican dollar to its United States counterpart to avoid sharp fluctuations and rapid devaluations like those experienced over the past month, appear to have been settled.

According to a joint statement issued Friday, the meeting discussed the agenda of fiscal and monetary reforms being pursued, the progress that has been made in restoring both macro-economic stability and the sustainability of Jamaica’s external accounts.

“The private sector leaders assured the Minister of their full support for his call for policy continuity into the post-International Monetary Fund (IMF) programme period.

“The meeting also discussed the exchange rate market, the two-way movements, as well as the recent elevated volatility and the impact this has on businesses,” the statement said.

Clarke reportedly assured the business leaders that he understood their concerns as well as the difficulties being experienced by the productive sector and proposed to work with them, the financial sector and the Bank of Jamaica (BOJ) to accelerate the introduction and availability of hedging options, including a forward market, and a real-time trading platform to provide greater transparency and price discovery and to deepen the foreign exchange (FX) market.

“We had a spirited discussion with a good outcome. It goes without saying that policy continuity is critical. However, it is also important that we create a framework that allows businesses to adjust to this new environment through the availability of hedging instruments, appropriate training and the availability of real-time information,” Mitchell said.

Clarke stated that: “It was a fruitful meeting with a positive outcome. The more real-time information FX market participants have, the better decisions they will make. The financial and non-financial private sector working together with the BOJ can help accelerate the introduction of a transparent trading platform and hedging instruments. I look forward to actively supporting the private sector in achieving these goals.”

The cordiality that appeared to follow Friday’s meeting was absent 48 hours earlier when on Wednesday, Clarke told a meeting in Montego Bay that individuals who want to put pressure on the central bank should be viewed with suspicion.

That was a direct jab at Mitchell, who, had one week earlier urged the Government to abandon its current policy of two-way movement and peg the Jamaican dollar against its US counterpart to prevent the rapid movement in the exchange rate which he said made it difficult for businesses to plan and which wreaked havoc on the lower classes.

“I want to abandon this fiction of a managed exchange rate in our open, fragile economy,” Mitchell said last week Tuesday at a function in Montego Bay. He described it as a self-imposed “albatross around our necks”.

But, one week later, Clarke told the official opening of the Victoria Mutual Fairview Financial Centre that the Government would not reverse the policy.

“Members of the financial community, members of the community of those who are in the market for mortgages and homeownership, and those who want to take advantage of the opportunity that's created by this unprecedented environment, you can act with every confidence that the Government of Andrew Holness, in which I have the privilege of being finance minister, will not be engaged in any policy reversal,”  Clarke said.

“We have borne too much; we have come too far. The fruits of our sacrifice are much too evident for us to jump on any train of policy reversal,” he added.

“It's not a right approach,” said Ramakrishnan via videolink from  Washington, DC as she addressed local journalists.

Ramakrishnan noted that changing from the current open rate of exchange would mean that many other mechanisms would need to be put in place to defend the pegged position – not least of all a much higher rate of reserves.