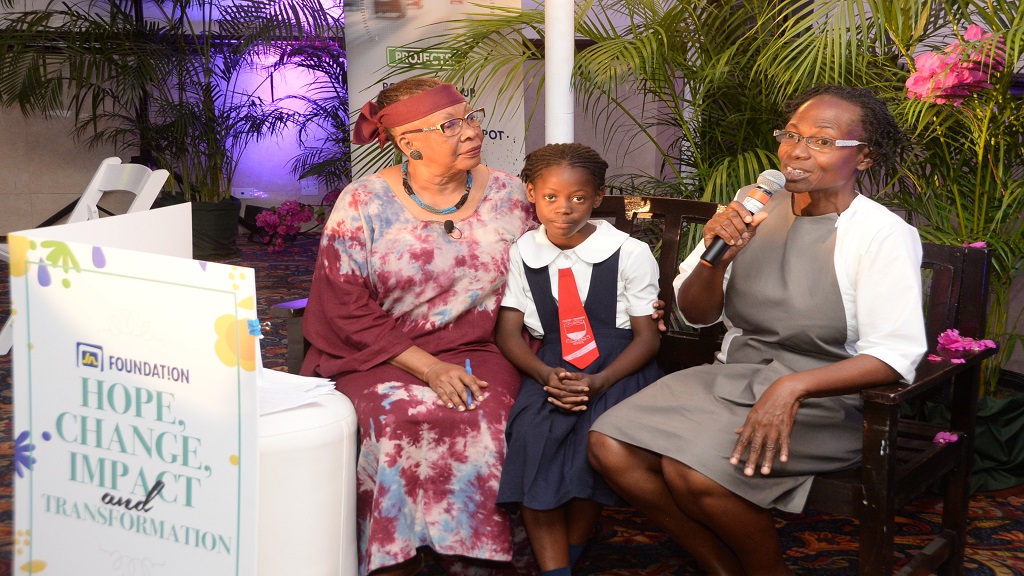 Following the improvements to the school zones’ infrastructure at Hazard Primary School in Clarendon, under the JN Foundation and UNICEF X-Marks the Spot Crosswalk Road Safety Campaign, the school is reporting an uptick in its registration.

Sonia Thomas, vice principal at Hazard Primary School, said that not only do children have a safer commute to the school, but more parents perceive the school as the first choice for their children.

“We have been getting calls from community members and outsiders. Many persons would come to us and say, ‘you know we never knew that there was a school up there.’ The landscaping has caught everyone’s attention, and we are getting commendations, but not only that, the registration has gone up,”  Thomas related.

“Registration began on May 1, and we are almost full,” she explained, pointing out that, prior to the rehabilitation, prospective parents would send their children to other schools, which are actually further away from their homes.

Hazard Primary School was the first of 18 schools to be upgraded under the X-Marks the Spot Crosswalk Road Campaign. The educational institution benefitted from the erection of signage for bus lay-bys, pedestrian gates, the widening and paving of the sidewalks. 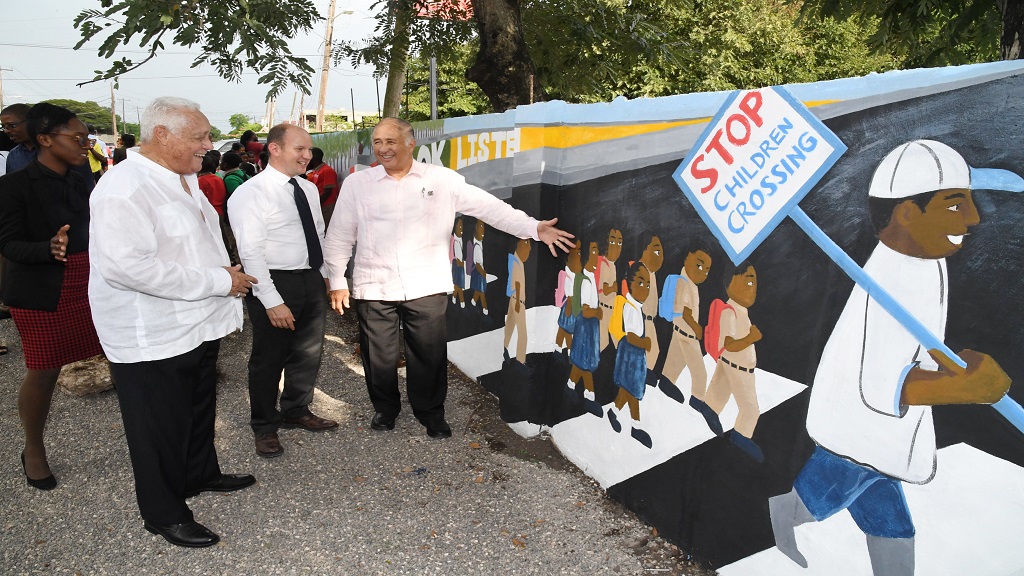 Parris Lyew-Ayee (right), chairman of the JN Foundation shows Mike Henry (left), Minister without Portfolio in the Office of the Prime Minister and Member of Parliament for Central Clarendon and  Avi Silverman , deputy representative of the FIA Foundation the mural that was installed at the Hazard Primary School last year.

Onyka Barrett Scott, general manager of JN Foundation, said the work at Hazard Primary School represents an overall comprehensive programme, which will be rolled out in selected schools across the country.

“The overall goal of this initiative is to improve the safety of children on their way to and from school, increase road user awareness; and improve the mechanisms to provide safe routes to school for child pedestrians,” she noted.

Thomas stated that given the vast improvement to the safety of the school, the school administration will be lobbying for a name change to the institution, as the existing name implies danger.

“Because of JN Foundation, we can rest assured that children are secure, safer, [and] their self-esteem and self-image have risen, as they are learning in a safer, more holistic condition and their performances have improved,” she said with pride.

“JN Foundation has not only lifted the image of the institution, but also the spirit of the teachers and the community,” she added.

The X Marks the Spot Road Safety Campaign is a collaborative effort between the JN Foundation; the United Nations Children's Fund and the Abertis Foundation; and its objectives are in line with the Convention on the Rights of the Child.

The overall global goals of the Child Road Traffic Injuries Prevention Programme is to support the achievement of the Sustainable Development Goals targets 3.6 and 11.2, to protect children from death and injury on the roads; and provide a safe journey to and from school for every child.