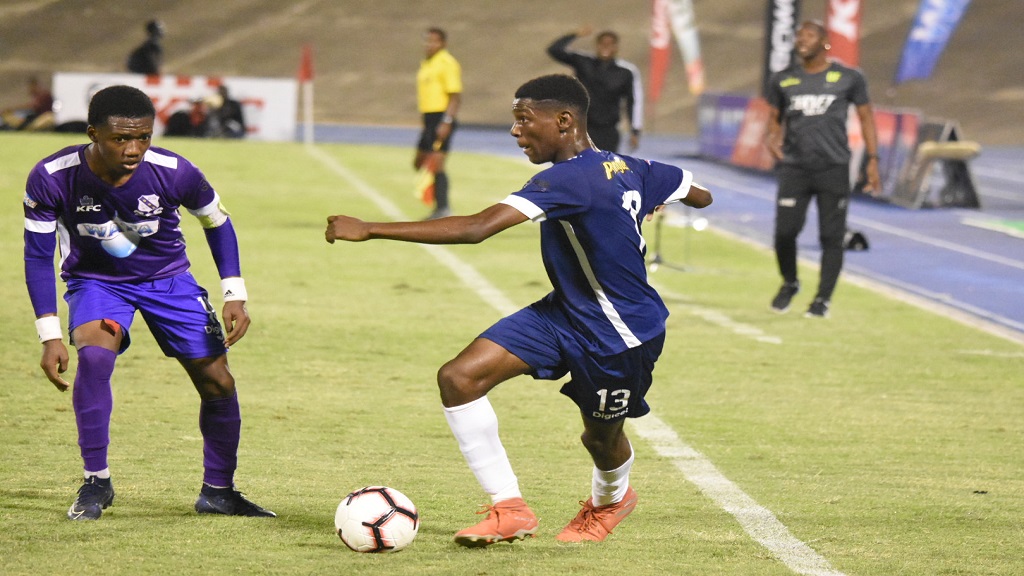 The first title of the 2019 schoolboy football season will be decided on Saturday as Clarendon College and Kingston College (KC) will contest the ISSA all-island Champions Cup knockout final at the National Stadium at 5:00 pm.

This will be the first matchup between the teams in a year as in 2018 Clarendon College defeated KC 1-0 at the same venue to win the Olivier Shield and the Lenworth Hyde-coached team is highly favoured to topple the Kingston-based team again.

Clarendon College will enter the match as big favourites as the team is on a high having already qualified for next Saturday’s ISSA/Wata daCosta Cup final against Dinthill Technical High.

They are eying three titles this season as the winner of the daCosta Cup will play the Manning Cup champions for the season-ending Olivier Shield. Clarendon College are the defending daCosta Cup and Olivier Shield champions and on Saturday they will be eyeing their first Champions Cup title.

KC, on the other hand, have won the Champions Cup in 2017 and will be trying to become the first school to win the title on two occasions. However, Ludlow Bernard’s team will enter the final as a wounded unit having failed in midweek to get into the Manning Cup final, a year after they defeated North Street neighbours St George's College 3-2 in a dramatic finale to win urban area biggest schoolboy football prize for the first time in 32 years.

KC suffered a hard 5-4 penalty shoot-out defeat against Jamaica College (JC) in the second semi-final of the Manning Cup on Wednesday and will be facing action for the third time in a week, a very tough task.

Clarendon College’s players, on the other hand, are well-rested as they return to action for the first time in a week after easily defeating defending champions Cornwall College 3-0 in the Champions Cup semi-final to secure their spot in the final. On that day KC had a tough Champions Cup semi-final against JC and prevailed 3-2 in a penalty shoot-out following a 1-1 scoreline in regulation time, where the second half was played in heavy rain.

JC won the inaugural title in 2014 when the competition was called Super Cup before it was rebranded in 2018 to Champions Cup.

On their way to the Champions Cup final, KC defeated Garvey Maceo 2-0 in the first round on November 2 and Frome Technical 2-1 in the quarter-final on November 9 to set up the semi-final clash against JC.

Clarendon College scored a 2-0 victory against 2016 champions Wolmer’s Boys in the first round on November 1 and then took care of St Andrew Technical High School 2-1 in the quarter-finals on November 9.