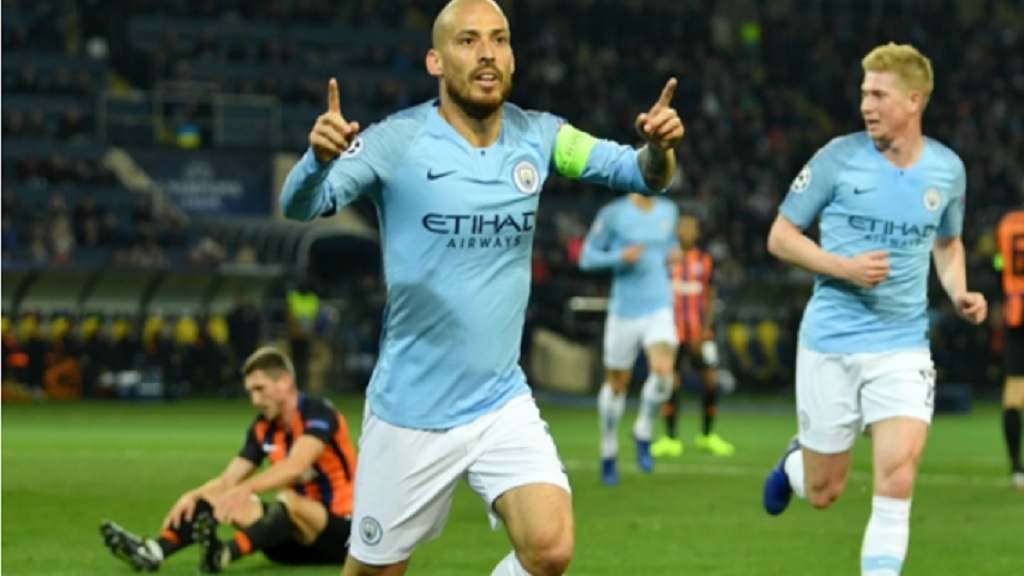 Manchester City took a step closer to qualifying from their Champions League group Tuesday with a dominant 3-0 win over Shakhtar Donetsk.

Last season the Ukrainian team ended a 29-game unbeaten run for City, but it never came close to another win this time. David Silva and Aymeric Laporte's goals had Pep Guardiola's team 2-0 up by halftime, before Bernardo Silva ended Shakhtar's hopes of a comeback in the 71st.

City have won six of the seven games they played since losing 2-1 to Lyon in their last Champions League outing. Thanks to Lyon's 3-3 draw with Hoffenheim in Tuesday's other game, City q43 top of Group F at the halfway mark, one point ahead of Lyon and four ahead of Shakhtar and Hoffenheim.

City were in full control of the game from the start as Riyad Mahrez twice came close to scoring and David Silva hit the post. The Spanish attacking midfielder put the visitors 1-0 up in the 30th minute when Gabriel Jesus' shot took a deflection and looped into the air before landing perfectly for David Silva to hit past Andriy Pyatov.

Five minutes later it was 2-0 as Laporte scored his first Champions League goal. The French defender was left with an easy header at a corner as two Shakhtar players rushed to close down John Stones.

Shakhtar, which never really got going with their usual counterattacking style, tried to play higher up the pitch in the second half but rarely troubled the City defense. David Silva had a shot blocked by Shakhtar's Ismaily, before Mahrez again narrowly missed the target.

Shakhtar didn't register a shot on goal until the 51st when City goalkeeper Ederson saved an effort from Ismaily.

Bernardo Silva was on the field for less than two minutes before finishing off a City counterattack with a shot from outside the area which went in off the post.

Shakhtar came closest to scoring with the final kick of the game, but Junior Moraes' close-range shot took a deflection off a teammate's leg and Ederson gathered up the ball.