City performance 'beyond anything I've ever witnessed' - Kompany 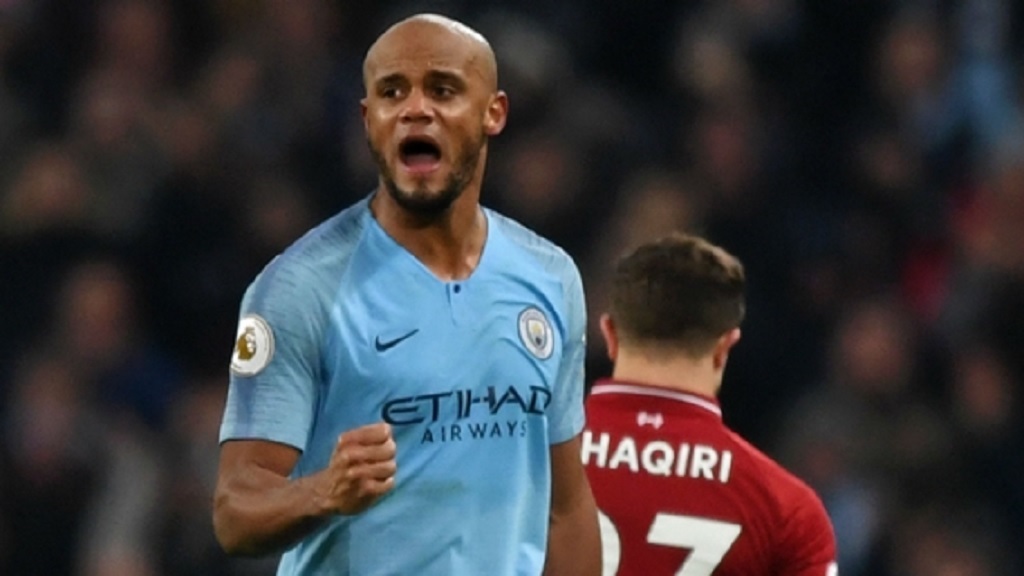 City ran out 2-1 winners at the Etihad Stadium to move four points behind pacesetters Liverpool after a thrilling contest.

Leroy Sane got the winner 18 minutes from time after Roberto Firmino had cancelled out Sergio Aguero's empathic opener.

It was Liverpool's first Premier League defeat in their 21st game of the season and prevented champions City falling 10 points behind the leaders.

And Kompany was astonished by City's gutsy display, as they breathed life back into the title race.

"I'm not even worried about the result," Kompany told Sky Sports. "I'm absolutely buzzing with the tremendous performance.

"We went toe-to-toe with a very aggressive team and we matched them, maybe more than matched them.

"It's still in Liverpool's hands, but the performance was beyond anything I've ever witnessed.

"It came from our guts, a desire you can't describe. We are a better team when we play with emotions."