Citizens upset over photo of animal seen dangling from truck 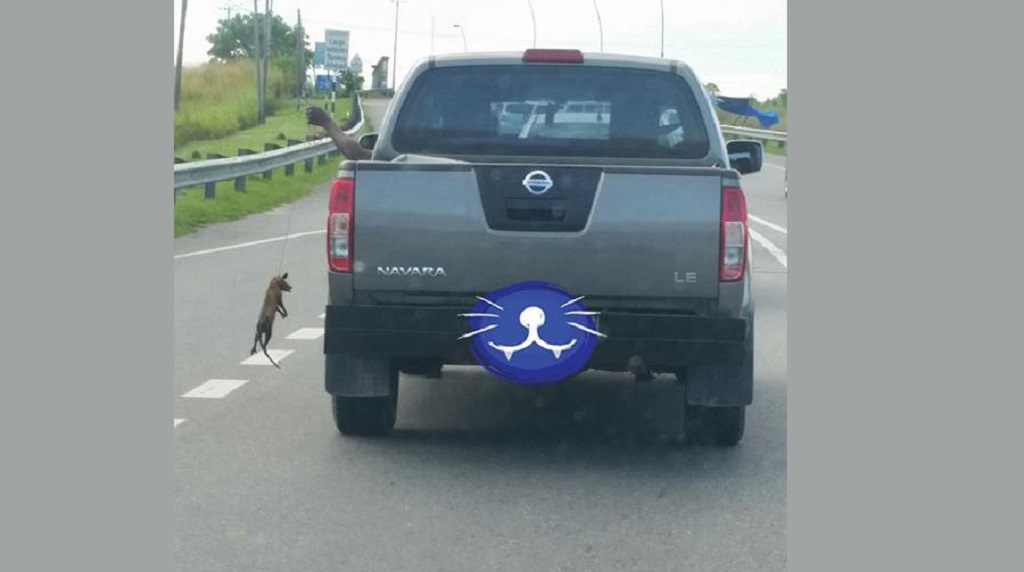 Citizens were outraged after a photo of what appeared to be a manicou dangling from a truck.

The truck was allegedly seen along the Southern Main Road near the Caroni Bridge.

Facebook user Imran Khan shared the photo to social media on Wednesday in a public post expressing shock at the action.

“Saw this this morning. Chose not to share on the hunting pages that I follow for fear of giving legit hunters a bad name. Be a good sport and quickly and humanely dispatch of your game.”

“This is not cool. Don't be like this. Be responsible. Have some respect for wildlife,” Khan said.

It was not certain if the animal was still alive when it was being strung along from the moving truck.

Citizens expressed anger at the actions of the persons in the truck and asked that persons hunting wild animals at least treat their catches humanely before killing them.

“So much for the low socio-economic standing of hunters- rolling around in a Navara!”

“People like this don't realize that their actions make the notion of hunting less popular with non-hunters. There are non-hunters who are happy to allow hunters to continue to have the legal privilege to hunt, but when they see unsavoury behaviour like this... it makes them much less supportive of hunting. Hunters have a responsibility to protect the repuation of their sport by actually being respectful and ethical.”

“Why would you treat an animal like this? That's a manicou. It's declared vermin under the Conservation of Wildlife Act. This means that it can only be hunted on private land or land that is legally occupied by the hunter. This clearly is not the case here. It's unknown why the animal is hanging from a rope. We don't know if it is dead or alive at this point.”

“Either way the person holding that rope is breaking the law and showing disrespect and probably cruelty towards this animal,” the group said.