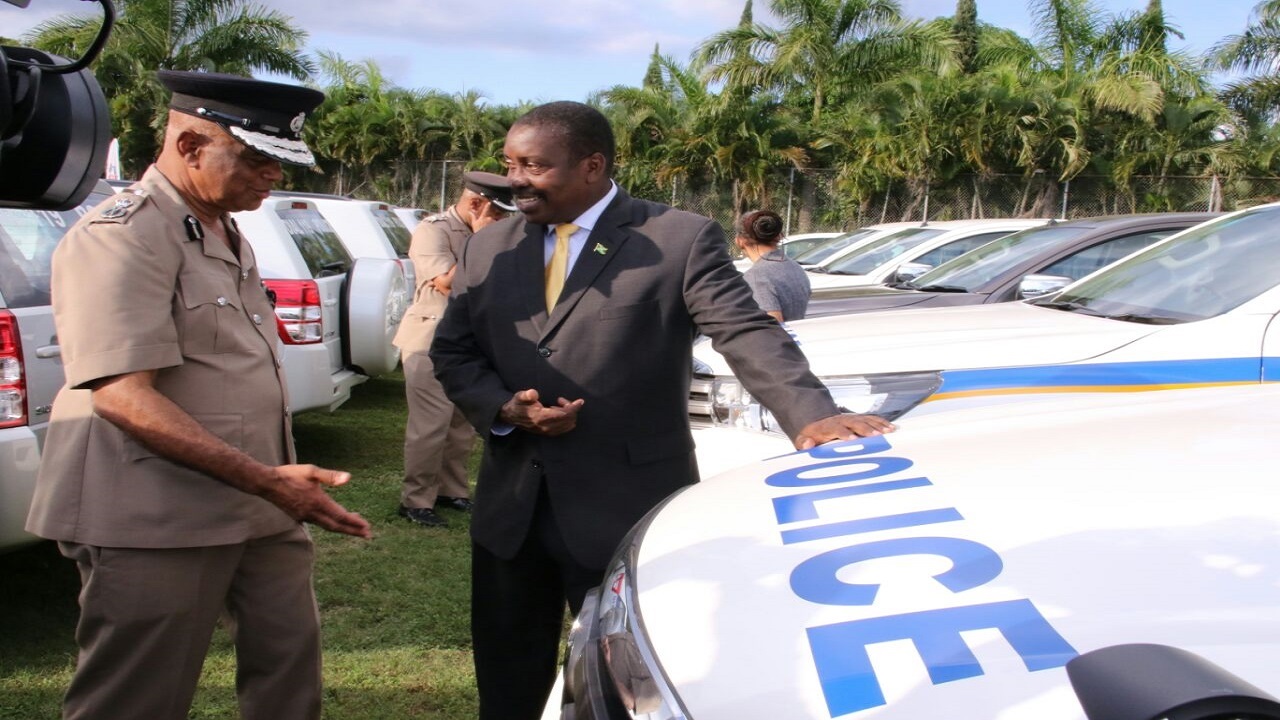 Police Commissioner, George Quallo (left) and National Security Minister, Robert Montague, at the recent presentation of a batch of pre-owned vehicles to the constabulary force.

The People’s National Party (PNP) has resumed its call for the resignation of National Security Minister, Robert Montague.

In a statement on Monday, the PNP called for the immediate exit of Montague, to provide the prime minister with "a clean page to fight the crime monster".

The POA had claimed continuous interference from the ministry in the operations of the Jamaica Constabulary Force (JCF), and the consequent reduction in morale among the leadership of the force.

Montague has been publicly very critical of Police Commissioner George Quallo’s handling of the police’s probe into the Palisadoes Road traffic nightmare last week Monday, with the minister’s subsequent actions prompting almost the entire executive of the POA to accompany the commissioner to the Ministry of National Security on Monday morning, for the meeting which Montague called with Quallo after the latter’s presentation of a second report on the Palisadoes incident.

It was clear from the move by the POA, that the body which represents police personnel above the rank of inspector, felt the commissioner had been disrespected.

“The specifics of the charges laid by the police leadership present a situation of ministerial overreach which is not likely to change. They also reveal a relationship which has been breached at the core,” said the PNP in the release.

The Opposition party said last summer it had “warned Minister Montague of his interference when he suggested that the police commissioner should take certain actions to promote police officers to increase the overall morale of the rank and file.”

The PNP declared that, “The national security situation, with 1,617 murders last year and a record start for 2018 to over 40 in a week, makes it clear that the Minister of National Security, Hon Robert Montague, cannot lead this fight, and has lost the confidence of the police and the population as a whole.”