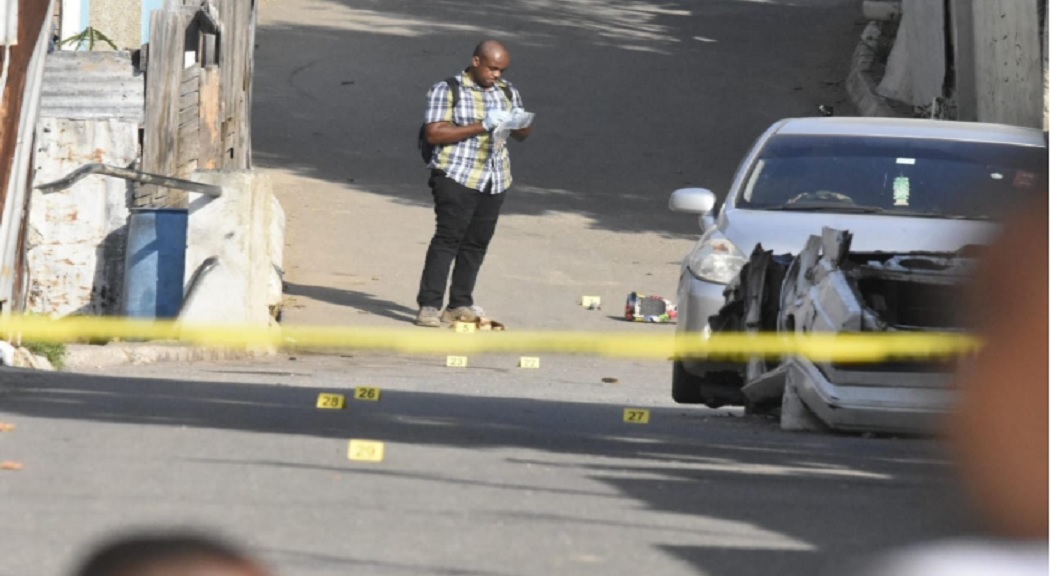 A crime scene in the Maxfield area of St Andrew earlier this year.

Expressing deep concern about the crime situation in the country, the Jamaica Council of Churches (JCC) has called for a non-partisan dialogue to address the issue.

It made the call at its recently-held Executive Committee Meeting, according to a JCC news release on Tuesday.

"Governments over the years have not been able to offer a successful and sustainable response to crime. As a result, the situation has only become worse," the JCC said.

"While the Council is cognizant of the attempts of the present Government to address the situation, it is the considered view of the Council that any initiative in this regard will need the input from both sides of the political spectrum, as well as, the private sector and civil society, if it is to succeed,"added the release.

The JCC said it therefore calls upon Prime Minister Andrew Holness to, in short order, initiate a process to bring together the Government, the Opposition, the private sector, church and civil Society into meaningful, non-partisan dialogue and strategic action towards bringing the crime situation under control and to an “acceptable” level.

According to the PNP, at the meeting between Phillips and the church leaders, it was agreed that the nation and its central moral principles were being challenged at every level, and that a national dialogue is urgently needed.