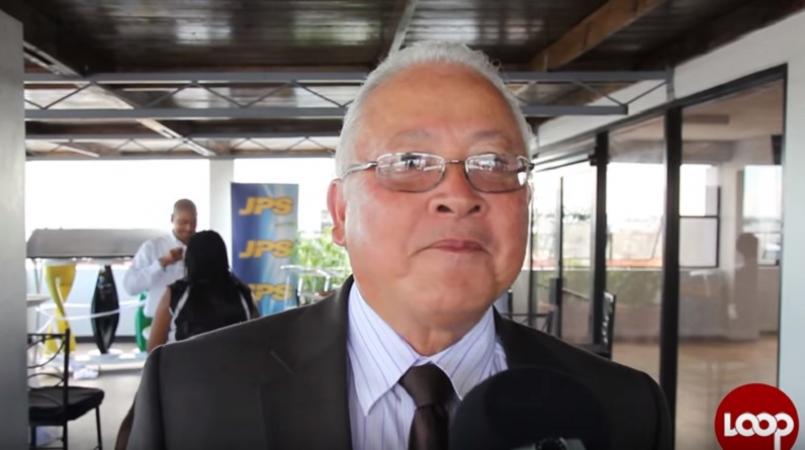 Justice Minister Delroy Chuck has walked back comments he made on Wednesday following the arrest and subsequent charge of his former Cabinet colleague, Ruel Ried, amidst a multi-million dollar corruption probe.

Reid, his wife and daughter as well as President of the Caribbean Maritime University (CMU), Professor Fritz Pinnock, and Jamaica Labour Party Councillor Councillor Kim Brown-Lawrence, were picked up in coordinated pre-dawn operations in three parishes. Much of the action was captured by journalists on location.

This prompted Chuck on Wednesday to describe the action of detectives as “salacious” “in that you put so many people at these persons’ gates…(to arrest them).”

Chuck also warned detectives to be careful about the way in which they gather and present evidence before the court so as not to present a weak case.

Following his public statements, the People’s National Party Youth Organisation (PNPYO) on Thursday called for his immediate resignation as the Minister of Justice. The PNPYO also expressed concerns over Chuck’s ability to be independent in the matter, citing that his daughter Carolyn Chuck was the attorney for Reid.

Responding to the criticisms on Thursday afternoon, Chuck said his comments were sparked by the fact that journalists were present at each of the locations during the early morning raid, a suggestion that members of the media were tipped off.

“My daughter, who’s one of the attorneys in the case, she and I lead separate, independent professional lives,” Chuck said.

But, he admitted that “As Justice Minister, my comments were inappropriate and I duly withdraw them in their entirety.”

As reported by Loop News, Chuck expressed his disappointment at the way Reid and his co-accused were apprehended.

“The DPP seems to have had no additional material or evidence and what seems so unfortunate is that the arrests took place, which looks like Nicodemus in the night,” Chuck said.

“I don’t get the impression that these persons are actually running away, they have made themselves available on all occasions so in fact if an arrest should have been made they could easily have been asked to come in so that they could be charged,” Chuck argued.

According to Chuck, if charges were to be laid, “I suspect they could easily have been granted their own bail or they could be asked to surrender their travel documents as the case may be.”

But Chuck also questioned whether detectives were sure about what they were doing.

According to the Justice Minister, “based on the little I’ve heard, it’s a further search for more material so it seems like the authorities are still not sure what they are looking for.”

He also questioned why the investigations were taking so long and appeared to have a warning for detectives.

He said: “Come to a conclusion. If you don’t have the material, report that there’s not enough material to charge but if you go and you charge, be careful that you (don’t) charge on very limited evidence with the end result that the cases might not go very far and that would undermine the sort of confidence that you would have in the institution if you proceed to charge on very limited evidence and the cases turn out to be weak or dismissed by the court.”

Chuck admitted that he does not know the evidence but stressed that, at the end of the day, “we must be very professional in what we do.”