Christopher Taylor out of 400m at Champs? 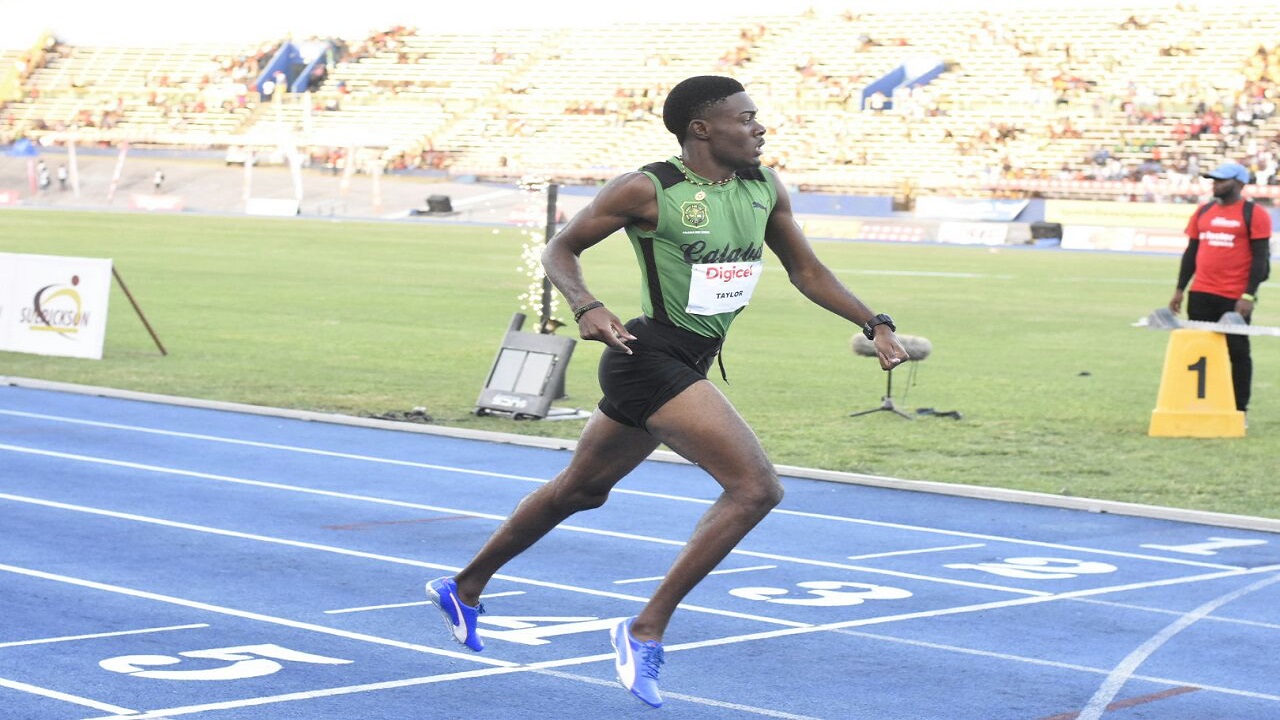 Calabar High's Christopher Taylor is all alone at the finish line in the Boys' Under 20 400-metre final at the Digicel Grand Prix Finale at the National Stadium on Saturday. (PHOTO: Marlon Reid).

Calabar High's star quarter-miler is remaining tightlipped following news going around that he will not run the 400 metres at the March 20-24 ISSA/GraceKennedy Boys and Girls' Athletic Championships, at the National Stadium.

Sources said the coaching staff of the track team believed that the talented Taylor could develop into the next Usain Bolt and as a result they want him to focus on the 200 metres or even add the 100 metres.

But after an easy victory in the Boys' Under-20 400-metre final at the Digicel Grand Prix Finale at the National Stadium on Saturday, Taylor would not confirm nor deny the news.

Questioned by Loop News reporter Job Nelson about the news, Taylor said, "it doesn't matter if I do the 400 as Calabar will still win Champs."

"Whether or not I do the 400 is not important for Calabar winning Champs."

But after seeing Deshawn Morris of Kingston College clocking 45.93 seconds  in the Corporate Area Championship to place a close second to Taylor and then returned to easily beat Calabar's other main quarter-miler Anthony Carpenter at the CARIFTA Trials over a week ago, the coaching staff at the Red Hills-based school could put that thought on hold.

Commenting on his performance in the 400 metres on Saturday, Taylor said he failed to deliver his race plan as a result of a  strong headwind in the straight.

Taylor also said that he believed that he made his move on the backstretch a little too early.

However, he was still a cut above his rivals, winning unchallenged in 45.92 seconds, just falling short of his series best of  45.84 set at the Corporate Area Championships, the second regional meet of the Digicel Grand Prix Series.

Maneesh Vassell of Rhodes Hall won the battle for second place over Holmwood Technical's Bovel McPherson. Both athletes were credited with the same time of 48.02 seconds.