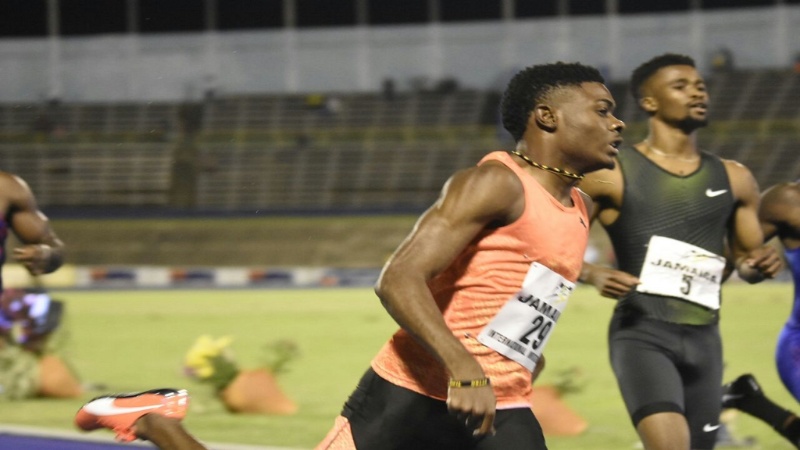 Young Jamaican sprinter Christopher Taylor returned from injury to win the B-race of the men's 400m at the Flanders Cup Meeting in Leuven, Belgium on Saturday.

The 19-year-old clocked a season-best 45.62 seconds for the victory to beat Canadian Graeme Thompson, who ran 46.43, while Thomas Jordier of France finished third in 47.01.

Taylor sustained an injury during the 2019 ISSA/GraceKennedy Boys and Girls’ Athletics Championships at the National Stadium in Kingston, Jamaica from March  26-30  and then left Calabar High for Florida to join the camp of Rana Reider.

Meanwhile, Jamaica's Candice McLeod clocked 53.63 for second place in the B-race of the women's 400m.  Yasmin Liverpool of Great Britain easily won in 53.03.

Schedule for Jamaicans at Birmingham DL on Sunday