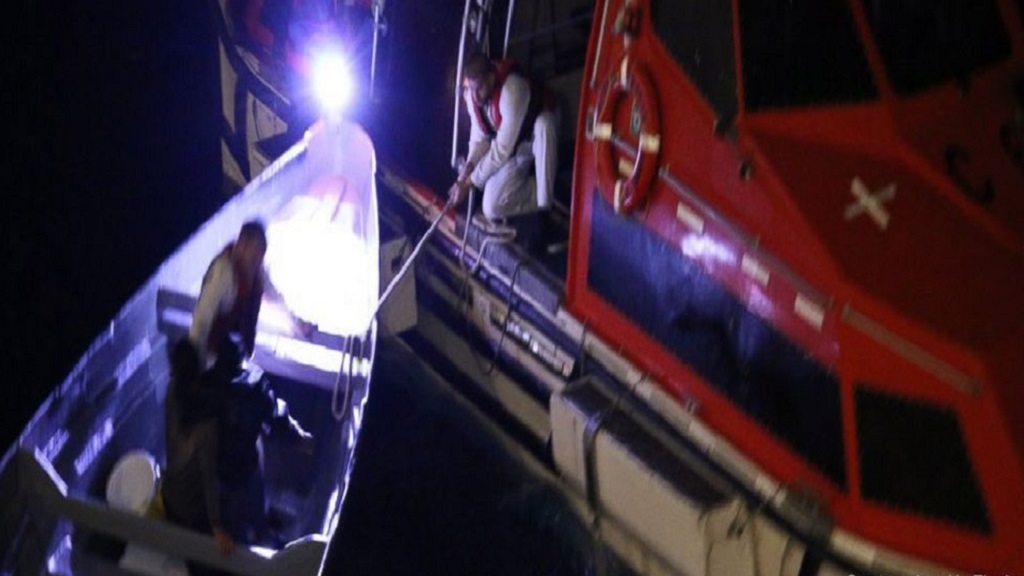 Two Costa Rican fishermen who were lost at sea for 20 days, including one who became too weak to walk, were on Thursday night rescued by the crew of a Royal Caribbean International cruise ship which had the chance encounter with the stranded men after the vessel’s course was altered to either Cuba or Jamaica because of a storm system.

The rescue, which has been cited as having the makings of a Christmas miracle, ended with the fishermen being landed in Jamaica for comprehensive medical treatment, them having been sighted between the Cayman Islands and Jamaica, some 700 miles from where their challenges began.

The crew of the Empress of the Seas came upon the men at about 7:00 p.m., and brought relief to an ordeal that began on December 1 when the men reportedly fell asleep while soaking their nets, and high winds changed their plans by sending them adrift into the open ocean, James Van Fleet, the chief meteorologist for Royal Caribbean International, said in a statement on Sunday night.

The fishing expedition that started in Puerto Limon, Costa Rica, appeared to have been manageable while the fishermen attempted to get back to their home port, but they later ran out of fuel and as time lagged at sea, their food and fresh water supplies became very serious concerns.

"I don't know about you, but I've already seen a Christmas miracle," Van Fleet was reported to have said in response to the joyous Yuletide development.

"Twenty days at sea should tell you everything about the odds of them being found alive," he added.

Van Fleet said the rescue would never have happened had the cruised ship’s crew not altered the course of the vessel because of bad weather.

He reportedly added that it was seemingly an act of God that brought the ship to where the men eventually were.

The rescued men indicated that they only had food and fresh water for a week. These they rationed in a desperate bid for survival, but ran out of long before they were rescued.

The reported that they fished somewhat successfully for food, but the fresh water issue became more and more threatening as the days passed.

The men, whose names were not released, were treated by medical personnel on board the cruise ship, then taken to a hospital in Jamaica after the ship docked at Ocho Rios.

The cruise ship was travelling from Miami to Cienfuegos, Cuba, when weather challenges prompted the captain to change course and head for Ocho Rios in Jamaica.

The actual rescue operation, which lasted for hours, was reportedly a huge spectacle for the passengers on board the cruise ship, with high emotions being displayed, including about the great wonders of life of life and the world.