Lagarde said she would "temporarily relinquish" her responsibilities as IMF managing director during the nomination period. (AP Photo)

Christine Lagarde, nominated to head the European Central Bank, has a politician's ability to communicate and forge compromise, skills she will need to follow Mario Draghi's performance as the central banker credited with defusing the euro zone's debt crisis with a few well-chosen words.

She has backed Draghi's stimulus efforts in her current post as head of the International Monetary Fund, although her exact views on the often-arcane issues involved in central banking are less known.

Lagarde, 63, was nominated by the eurozone's 19 member governments on Tuesday to succeed Draghi, whose eight-year term ends October 31.

She said she would "temporarily relinquish" her responsibilities as IMF managing director during the nomination period.

She would be the first woman to serve as ECB head and the first not to come from a central banking job.

Private economists said that Lagarde's background as France's former finance minister and her tenure as head of the 189-nation IMF should serve her well in running the ECB, even though her training is as a lawyer and not an economist. Her selection would mean that the world's two biggest central banks will be run by lawyers. Jerome Powell, the chairman of the Federal Reserve, is also a lawyer by training.

"She has done an extraordinary job as head of the IMF," said Diane Swonk, chief economist at Grant Thornton. "She knows the challenges of the European Union better than most given the role she played in managing the European debt crisis."

The IMF under Lagarde was called upon to supply emergency loans during the crisis to keep financial troubles in Greece and other nations from unraveling the monetary union.

"At the IMF, she has been pretty vocal about doing what is right for the global economy," said Sung Won Sohn, economics professor at Loyola Marymount University in Los Angeles. "She has been expressing concerns about slow economic growth around the world and low inflation."

Under Lagarde's leadership, the IMF has called for the ECB to continue its monetary stimulus efforts aimed at raising inflation and supporting a recovery that appears to be losing steam. The IMF's review of the eurozone last year warned against premature interest rate increases and urged clear forward guidance, that is, promises to keep rates low well into the future. The report echoed much of what Draghi had been saying, including his urging for governments to do more to support their economies with well-targeted spending, and to engage in pro-business reforms. 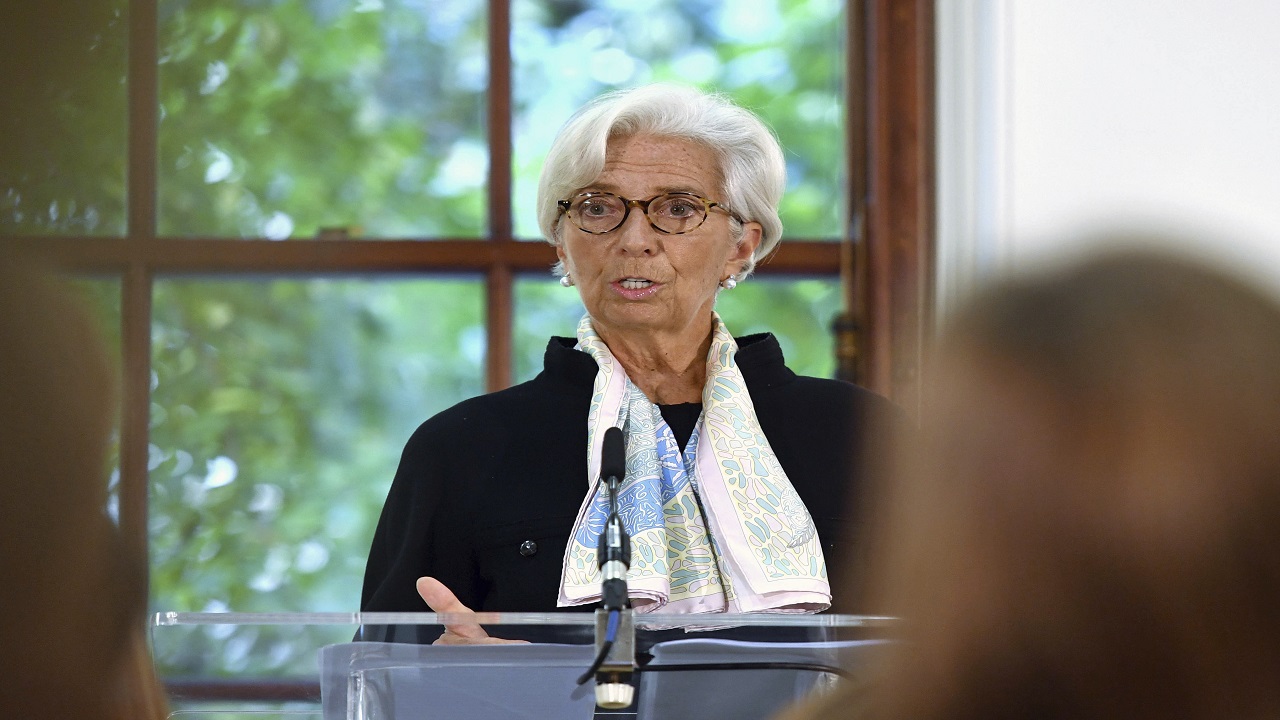 One of Lagarde's challenges will be to reconcile inevitable differences in viewpoint on the ECB's 25-member rate-setting council, especially between indebted southern European countries that tend to support stimulus and northern European officials who are more skeptical of stimulus efforts.

In a crisis however, the president takes center stage, as Draghi showed on July 26, 2012 when he promised to "do whatever it takes" to keep the eurozone from breaking up and then came up with a plan to purchase the bonds of countries facing excessive borrowing costs. That move calmed market panic surrounding Italy's ability to manage its debt. One question is whether Draghi's successor will have his willingness to be pragmatic and try new policies if the eurozone again runs into trouble.

"With Christine Lagarde, the ECB will get another excellent communicator," said Carsten Brzeski, chief economist at ING Germany. "What kind of monetary policies Lagarde really stands for, no one can currently tell. In our view, a continuation of a pragmatic monetary policy stance as well as a confirmation of 'whatever-it-takes' looks likely."

A key challenge for Lagarde would be how to add more stimulus if needed, with ECB rates already at record lows. The ECB in December halted nearly four years of bond purchases amounting to 2.6 trillion euros ($2.9 trillion) as it began to approach the limits on available assets to buy. Draghi has said there is still "headroom" to buy more bonds if needed. The bigger challenge, however, is that the years of stimulus did not push inflation sustainably to the bank's goal of just under 2%. It was 1.2% in June.

In any case, she will find it difficult to immediately change Draghi's policy stance. The ECB has promised to keep rates at record lows until mid-2020.

Lagarde showed her ability to forge compromise during the eurozone debt crisis, when the IMF partnered with Germany and other eurozone governments to bail out crisis-stricken countries such as Greece. Holger Schmieding, chief economist at Berenberg bank, noted that she was able to work well with Germany's conservative Finance Minister Wolfgang Schaeuble, despite disagreeing with him on key issues such as eurozonewide bonds.

"She is well respected, able to forge compromises and to express herself well," Schmieding said.

He said she would be able to rely on the ECB's new chief economist, Philip Lane, who is an academic economist, much as Draghi has relied on former Chief Economist Peter Praet. The chief economist briefs the 25-member rate-setting council on the economic situation and proposes policy moves, such as interest-rate changes and bond purchase stimulus.

German Chancellor Angela Merkel, who has worked with Lagarde at numerous international summits, said the nomination was unanimous.

"I think Christine Lagarde has so much experience and knowledge that she also knows what she maybe doesn't know and where she has to ask someone," Merkel told reporters in Brussels. "She will do it with care and great commitment in such a way that the euro will do well — I am convinced of that."

Under the EU treaty, Lagarde faces a review by the European Parliament and the ECB, and another vote by the European Council of heads of state and government before the appointment becomes official. Those steps are mostly formalities.

Lagarde's leadership of IMF in question after conviction