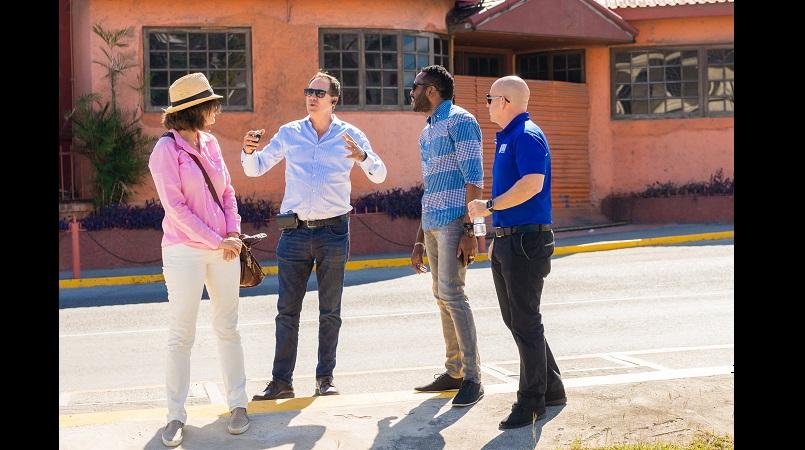 The restaurant will feature prominently on Gloucester Avenue in Montego Bay, affectionately called the 'hip-strip' and will employ 45 persons when operational.

Currently in the design phase, the new franchise will complement Issa’s development and running of the Spanish Court Hotel in the same area.

“We are looking forward to creating an amazing experience for both our hotel guests, tourists and locals alike,” said Chris Issa, stating the reasoning behind the addition to his existing development. Issa expects the restaurant to expand part of the cultural offerings along the Hip-Strip and be patronized by Spanish Court Hotel’s guests as well.  The restaurant will be located in St James Place Shopping Plaza which adjoins the Spanish Court Hotel in Montego Bay.

“For the visitors we will employ strategies targeting the cruise ship passengers and hotel guests through a combination of direct channels, tour companies and transportation operators.  We will also have a lot in store for the local market as well. Both groups will be targeted for the amazing atmosphere, food, beverage and merchandise along with live reggae music and major sporting events,” said Issa.

Music, sports and entertainment will be a main feature of the concept. The restaurant will focus on a live music series which will showcase up and coming local talent as well as some of the more famous reggae acts.

In addition to entertainment, KLE will continue working with its loyal sponsors, some of whom are the biggest, most well-known Jamaican brands, which also form part of the Jamaican-themed concept.

KLE projects that Jamaica has the capacity to absorb two more UBTR’s in the future; but there are active discussions with potential franchisees in other regions including the US, Canada, UK and UAE. The process is detailed and some will carry right through to a franchise agreement and others will not.

The original location of UBTR is on Constant Spring Road in the Marketplace in Kingston. Then last September, the Ocho Rios location was opened by local franchise holders Marsha and Joshua Jhamani.

Gary Matalon, the CEO of KLE Group, is pleased with the operations thus far with the Ocho Rios location.

“The customer response has exceeded our expectations.  In addition to the tourist traffic we have seen overwhelming local support since opening.  The franchisees have done a great job following the processes and upholding the standards.  They have also been very successful at executing strategies to drive traffic,” Matalon said.

The franchise, which represents the highest growth entity of the KLE Group, one of the most profitable entertainment stocks on the Jamaica Stock Exchange last year, is projected to grow to 15 internationally by 2022.

“The target is 15 over five years. The real success comes from having the right partner in the right place, ”Matalon said.

The KLE group generated $143 million in revenue over nine months to September 2016. From that amount, profit being total comprehensive income grew to $81.4 million. Revenue from franchising activities began in the third quarter of 2016 and will grow significantly as new franchised units open.

“We just began generating franchise revenue in the last half of 2016 so to this point it’s relatively minor although we have made a major thrust in this direction and expect this will continue as a major opportunity for the group,” Matalon said.

“At this point we are working together to build out the Tracks & Records brand.  Over four years of concept development and significant investment have gone into creating a concept that can compete with the major players in the casual dining restaurant segment globally.  Bolt, along with KLE, intends to capitalize on this in a big way,” Matalon said.