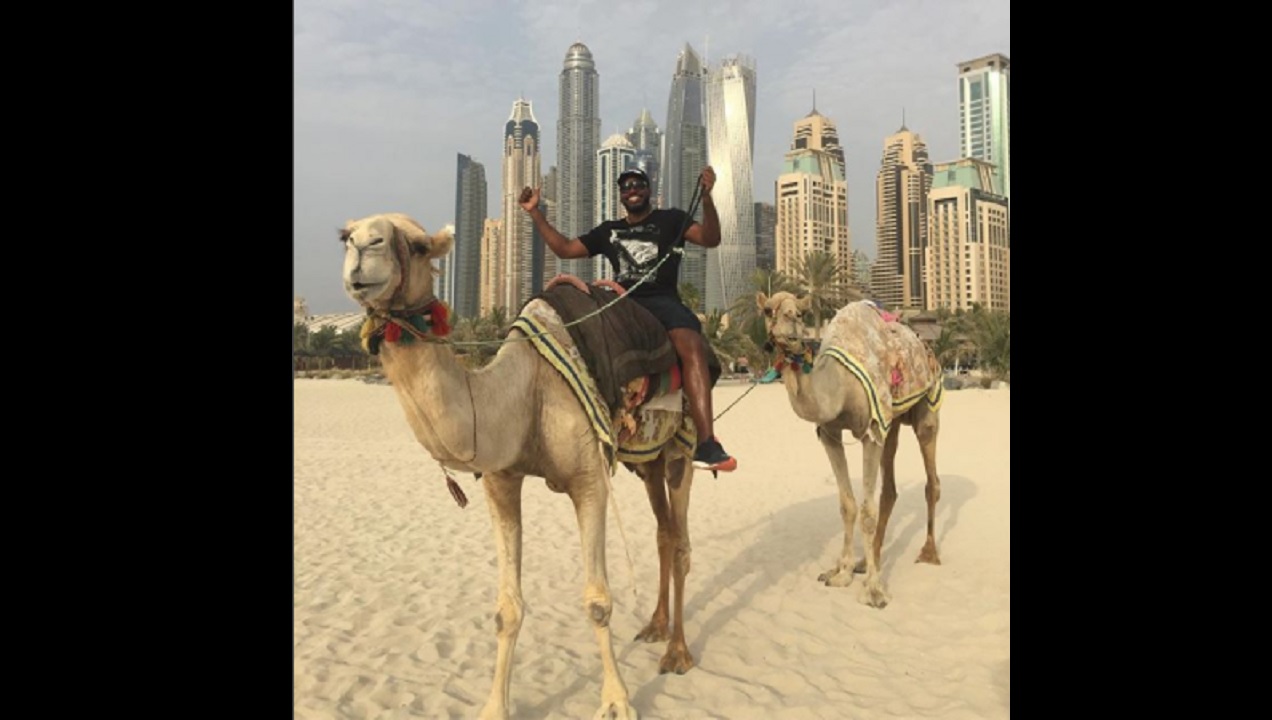 Chris Gayle rides on a camel in Dubai.

Powerhouse Jamaican and West Indies batsman, Chris Gayle, has been named as a brand ambassador for the proposed introduction of a T10 cricket competition in the United Arab Emirates in December of this year.

The new 90-minute format of the game, which is being introduced and promoted by T-ten Sports Management, is scheduled to be held in the UAE from December 21 to 24.

The new cricket format is expected to feature several other game-changing innovations.

Gayle is to be joined by the likes of Virender Sehwag, Shahid Afridi and Kumar Sangakkara at the six-team tournament

Overall, the tournament is expected to feature some 50 international cricketers, along with fledgling talent from associate nations in the region of the competition.

Gayle has been rounding into a rich vein of T20 form for the St Kitts and Nevis Patriots in the Caribbean Premier League, and on Wednesday had another good showing in a losing  cause against the Trinbago Knight Riders  in their rain-affected, top-of-the-table clash in St Kitts.

Both teams had already confirmed their places in the top four of the tournament.