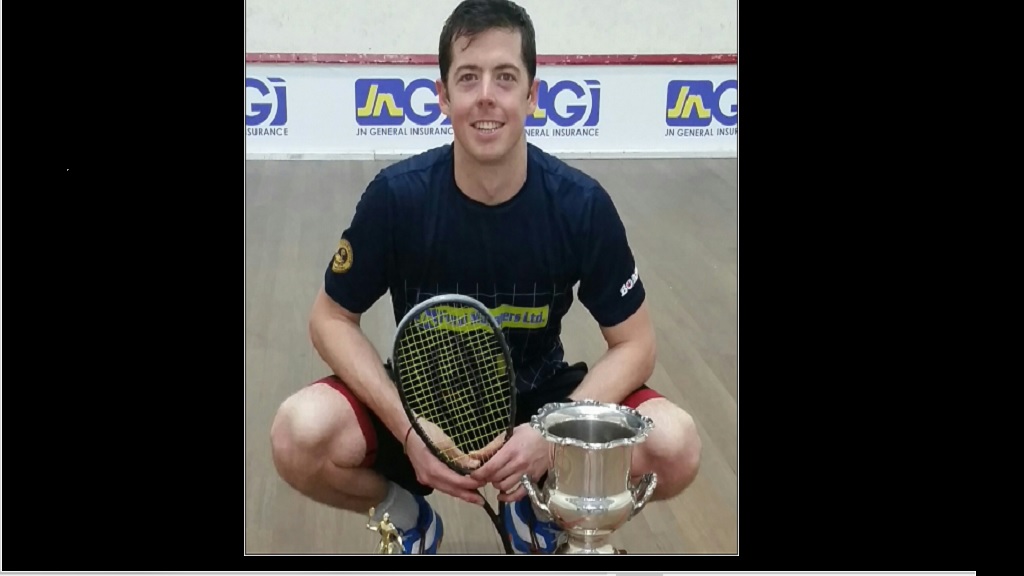 Chris Binnie displays his trophy after winning the men's title at the 2019 CASA Senior Championship in Guyana on Tuesday, August 21, 2019.

The defending champion squared off with longtime regional rival, Cameron Stafford of the Cayman Islands who was looking for revenge having lost in the finals to the Jamaican on several occasions.  However, the Caymanian failed to exact vengeance; suffering an 11-8, 11-2, 11-5 defeat under Binnie’s superior firepower.

With the win, the Jamaican continues to distance himself from his regional peers having not lost a match at the prestigious championships for the last eight years.

“Winning the Caribbean championships this year is particularly sweet for me because I was sidelined with an injury earlier this summer so there were doubts that I would not be able to defend my title but thankfully I am fit and healthy and I was able to get the job done," said Binnie.

Putting Binnie’s victory into perspective, team manager Douglas Beckford said, “In the final Chris was tested briefly by Cameron in the first game but once he asserted himself he won the next two games easily. He has lifted his game above the standard of most players in the region and that is why he has been able to do what no other player in the entire Caribbean has ever done.”

Next up the players will contest the team competition where Jamaica is among the favorites to take the men’s title.  That segment of the tournament gets underway on Wednesday and is scheduled to wrap up on Saturday.