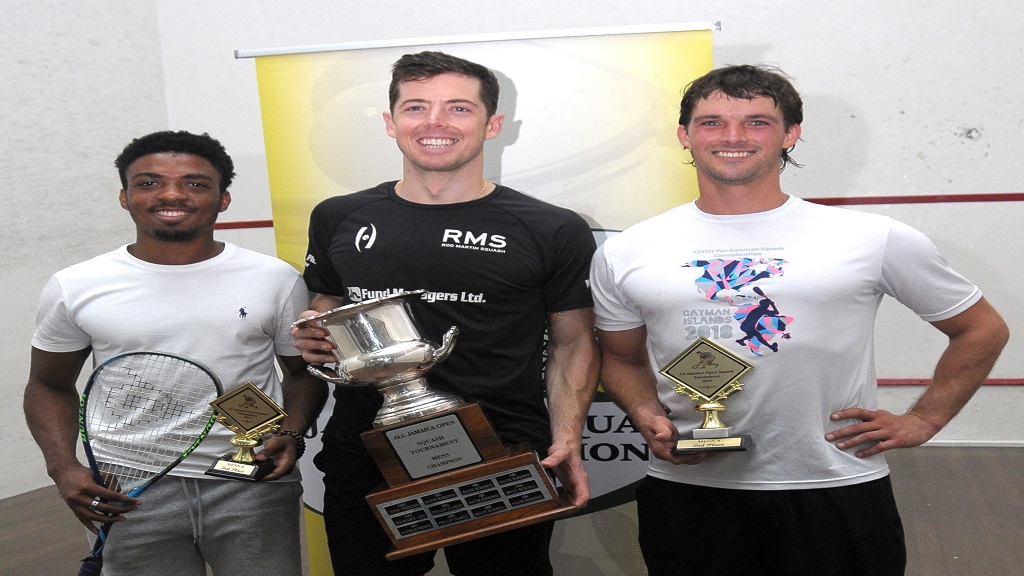 All Jamaica men’s squash champion, Chris Binnie (centre) is flanked by runner-up Bruce Burrowes (right) and Tahjia Lumley, who placed third during the awards ceremony at the 2019 All Jamaica Squash Championships at the Liguanea Club in Kingston.

Defending Champion, Chris Binnie took care of business at the office posting a 3-0 victory to win his ninth national title at the 2019 All Jamaica Senior Squash Championships, which climaxed at the Liguanea Club in Kingston over the weekend.

The top seed beat number two and last year’s runner up Bruce Burrowes, 11-6, 11-4, 11-3 to lay claim to the prestigious title for the eighth consecutive year.  With his career tally now at nine overall, the national and regional champion is slowly closing in on the all-time record of 13, which is held by the legendary, Wayne Burrowes whose consistency and longevity are so far unmatched in local squash. 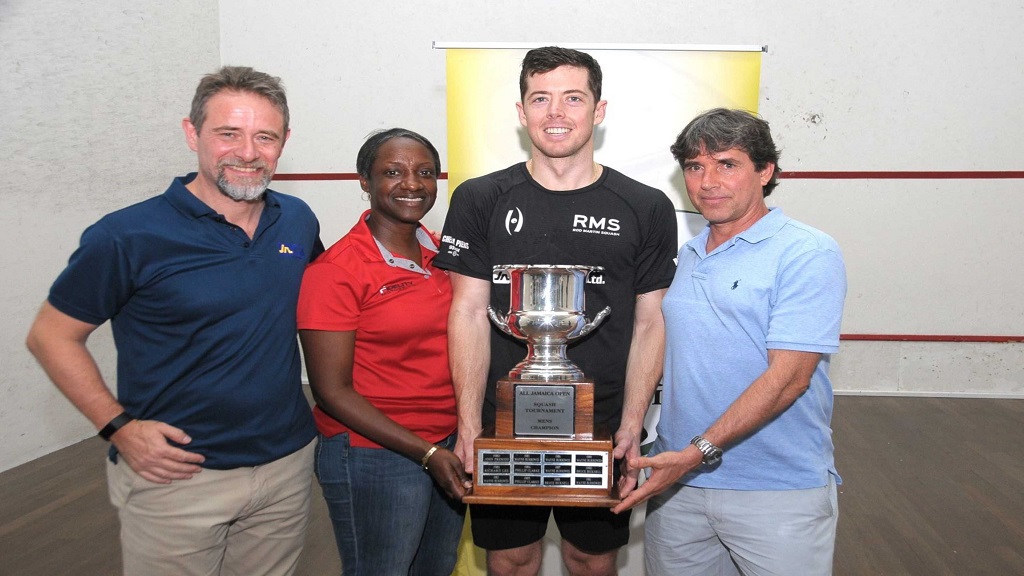 Commenting on the victory Binnie said, “it is always great to come home to play and of course as defending champion the target is on my back, but fortunately this tournament usually falls right in the middle of my pro season so when I step out on my home court I am ready to compete and it was good to come through again.”

In the Ladies B Draw competition, young Savannah Thomson stormed past veteran, Melissa Lue Yen to take top honours. The reigning All Jamaica Under 17 girls' champion, turned up her power game to post an 11-6, 11-5, 11-9 win and overcome her more experienced opponent.

The Men’s C Draw final was an all junior player affair with 13-year-old, Aman Dhiman and 15- year-old, Dylan Vaz battling it out in a gripping five-game showcase. The youngsters held the crowd with a thrilling display of firepower and endurance with Dhiman prevailing 8-11, 11-8, 8-11, 11-5, 11-7 to take the title. 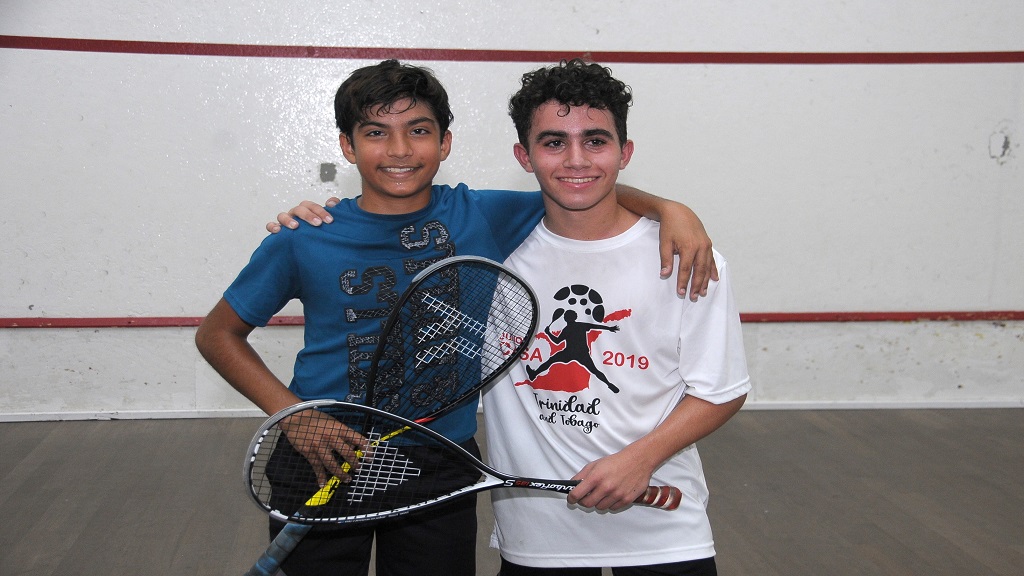 Thirteen-year-old, Aman Dhiman (left) and 15- year-old, Dylan Vaz were all smiles after battling it out in a gripping five-game showcase.

Jamaica Squash Association Executive, Douglas Beckford said the championships were a success on many levels. 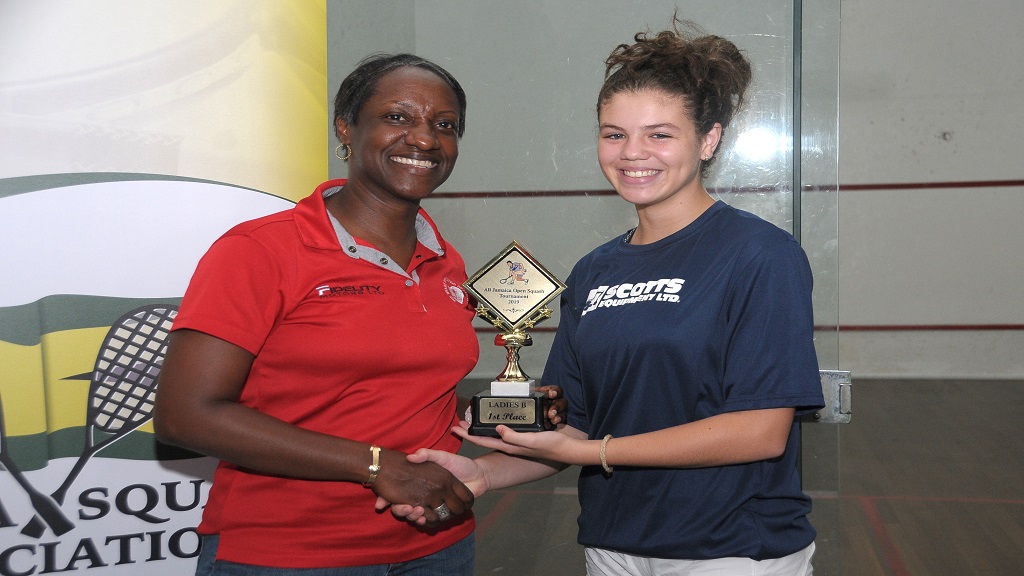 “We had solid performances from the players, strong spectator support and some pleasant surprises, especially from our junior players who showed courage and composure on the senior stage,” he said.

“It is always thrilling for us to see Chris Binnie in action because as a professional his standard of play is a notch above the rest and we all enjoyed watching him win his ninth title and continue to write his historical squash story,” Beckford added.

Binnie, Burrowes, Tahjia Lumley, who was third in Men’s A Draw and Lewis Walters will represent Jamaica at the World Team Squash Championships, which are scheduled for December 15-21, 2019 in Washington DC.