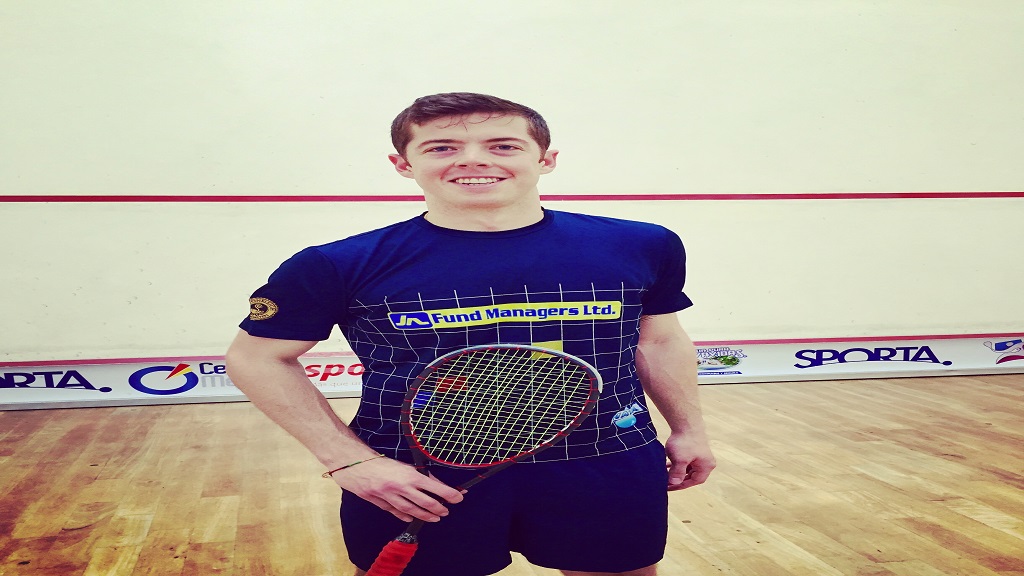 Jamaican and Caribbean number one, Chris Binnie will be in the hunt for his ninth title at the All Jamaica Senior Squash Championships, which began on Monday at the Liguanea Club in Kingston

The top seed in the men’s draw and defending champion, Binnie will be seeking to cement his dominance and extend a streak, which has seen him undefeated at the national championships for the last nine years.

However, to retain his hold on the crown, the squash star will have to hold off perennial rival, Bruce Burrowes, who is seeded at number two; and former national champion, Dane Schwier.  Also gunning for the coveted championship are former junior champions, Tahjia Lumley and Jonathan Walker.  Lumley will be aiming to improve on his third-place finish in the 2018 Championships, and Walker has been sharpening his skills on the college circuit in the United States.

Tournament Director and Jamaica Squash Association Secretary, Gill Binnie said, the mix of seasoned players in good form and young guns blazing to breakthrough will make for an exciting championship.

“We expect to see some very competitive matches and high-quality squash as most of our top players will be in contention this year,” she said.

“Chris Binnie will be going for his ninth title, but Bruce and Dane are also itching to take the top prize, and Tahjia and Jonathan might be younger but they’re fearless and eager to see a changing of the guard,” Gill Binnie added.

The tournament will also feature a ladies draw, men’s B and C draws and veterans will contest the over 40 and over 50 categories.