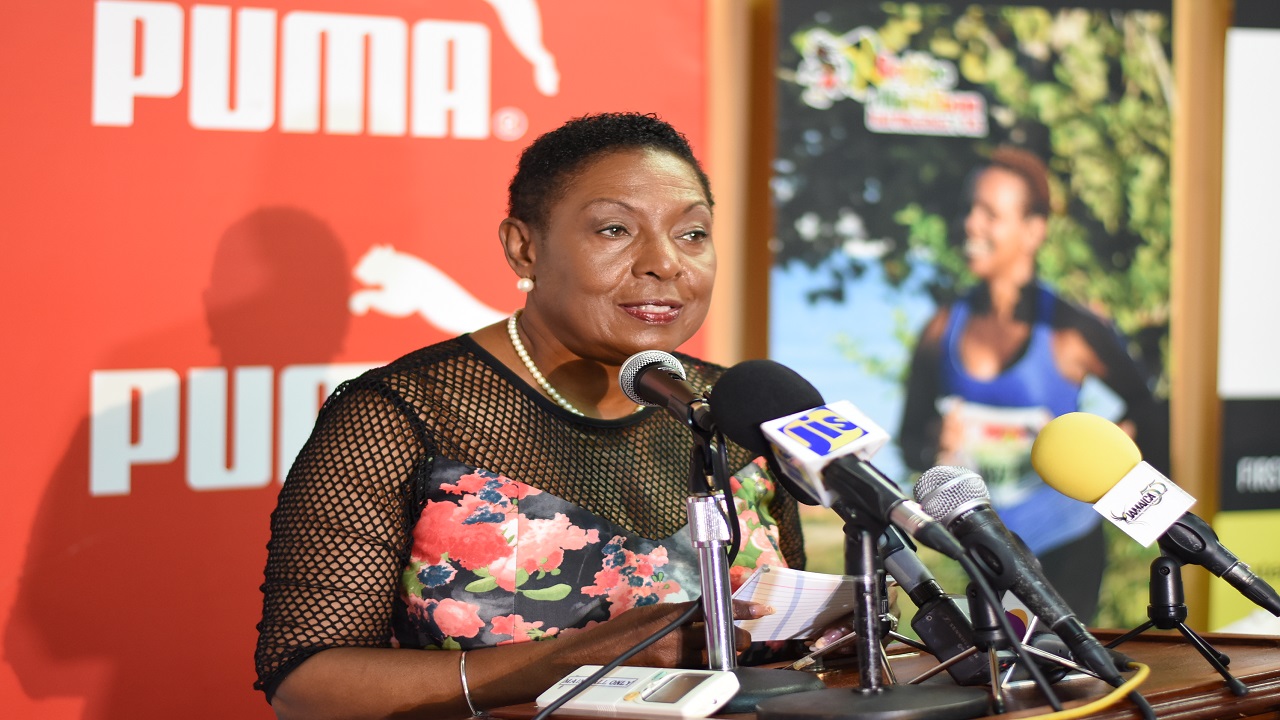 Sports Minister Olivia Grange has described as successful the first phase in the implementation of a three-year Technical Agreement on Sport between Jamaica and China.

Grange was speaking on Thursday during a ceremony at her Ministry where she presented Certificates of Appreciation to the Chinese team of coaches and officials who arrived in the island early last month, to conduct coaching sessions for athletes and  coaches in seven sporting disciplines.

The team, which was initially in Jamaica for one month departs the island on Friday.

Jamaican athletes and coaches will now be identified for the second phase of the programme in China in July and August.

The coaching sessions for synchronized swimming, basketball for females; football for women; volleyball for women; badminton and gymnastics, were conducted at the GC Foster College of Physical Education and Sport, the National Stadium, YMCA and the Jamaica School of Gymnastics.

Minister Grange told the Chinese team that, “we are very happy and thankful for the work you did over these past weeks for the advancement of these sports in Jamaica. China is assisting us and Jamaica is assisting China in sport which is the universal message of peace and love.”

“Jamaica and China have a strong relationship and through agreements between us such as this one on sport the bond between the two countries is getting even stronger,” she said.

Jianghong Fan, Counsellor in the Chinese Embassy said that, “although China and Jamaica are already great friends the project brings us closer.”

Fan said the three-year project had got off to a great start and that he wanted to congratulate the Chinese team and the team at the Ministry on behalf of the Chinese Ambassador to Jamaica.

For the second phase of the agreement, a group of 138 people will leave Jamaica for China in July and remain until the end of August. The group will include athletes, coaches, government officials and a news reporter.

Among the activities for the second phase will be, “an integrative method of theoretical teaching and sports practice with observations of competitions and assessment of results, geared to improving the levels of competitiveness and athletic performance of Jamaican sports teams.”

Competitions within Jamaican sports teams as well as with Chinese sports teams will also be organised by the end of the training.

The agreement also calls for China to donate sports equipment to Jamaica; delivery of which is scheduled for October.