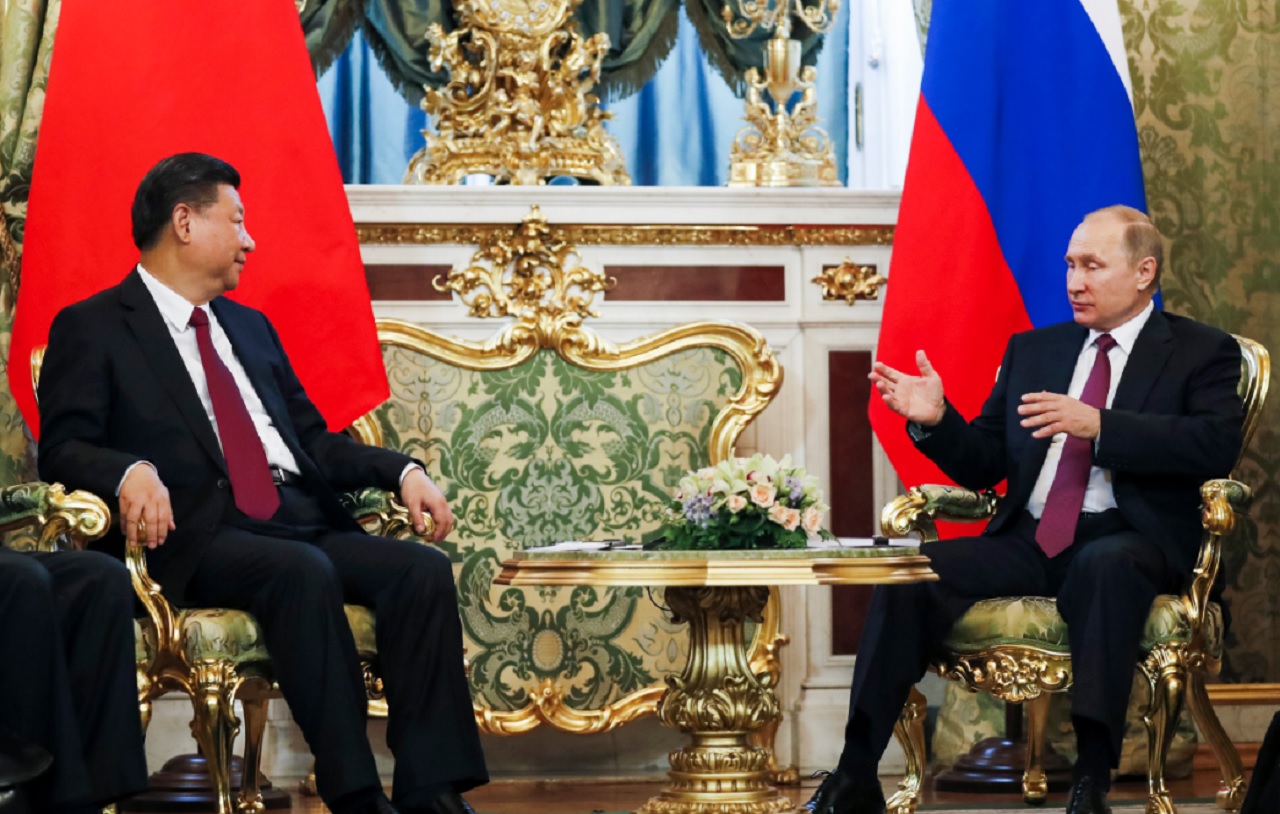 Russia and China on Tuesday proposed a plan for defusing tensions over North Korea, suggesting that Pyongyang declare a moratorium on nuclear and missile tests while the United States and South Korea refrain from large-scale military exercises.

The Russian and Chinese foreign ministries made the recommendation in a joint statement after talks between President Vladimir Putin and Chinese President Xi Jinping and another North Korean missile test.

The missile flew higher and longer than previous ones North Korea has launched, sparking concerns around the world. Moscow and Beijing called Tuesday's test "unacceptable."

The foreign ministries said that as a "voluntary political decision," North Korea should declare a "moratorium on testing nuclear devices and test launches of ballistic missiles." In turn, the U.S. and South Korea should "accordingly refrain from large-scale joint maneuvers," the joint statement added.

They said "the confronting parties" involved should sit down for talks to agree on principles that include a refusal to use force and a pledge to make the Korean Peninsula free of nuclear weapons.

At the same time, the document emphasized that the North's "sensible concerns" must be respected and urged other nations to create a "peaceful atmosphere of mutual trust" to help launch the talks.

In an apparent hint at the U.S., Beijing and Moscow spoke against the "non-regional powers' military presence in Northeast Asia and its buildup under the pretext of countering North Korea's nuclear and missile programs."

They specifically opposed U.S. missile defense systems in the region, saying their deployment "seriously damages strategic security interests of regional powers, including Russia and China" and hinders peace and stability.

Xi's visit to Russia came amid a flare-up of tensions between China and the U.S. over an American destroyer sailing within the territorial waters of a Chinese-claimed island in the South China Sea.

Putin hailed Xi during their Kremlin talks as a "big friend" and presented him with Russia's highest award for his efforts to strengthen ties.

Xi said "the Russian-Chinese relations are now the best ever."

After the talks, the two countries' officials signed several dozen agreements to bolster their cooperation.

Trump, Putin and Xi are scheduled to attend the Group of 20 summit in Germany this week. Putin and Trump are to hold their first meeting there.