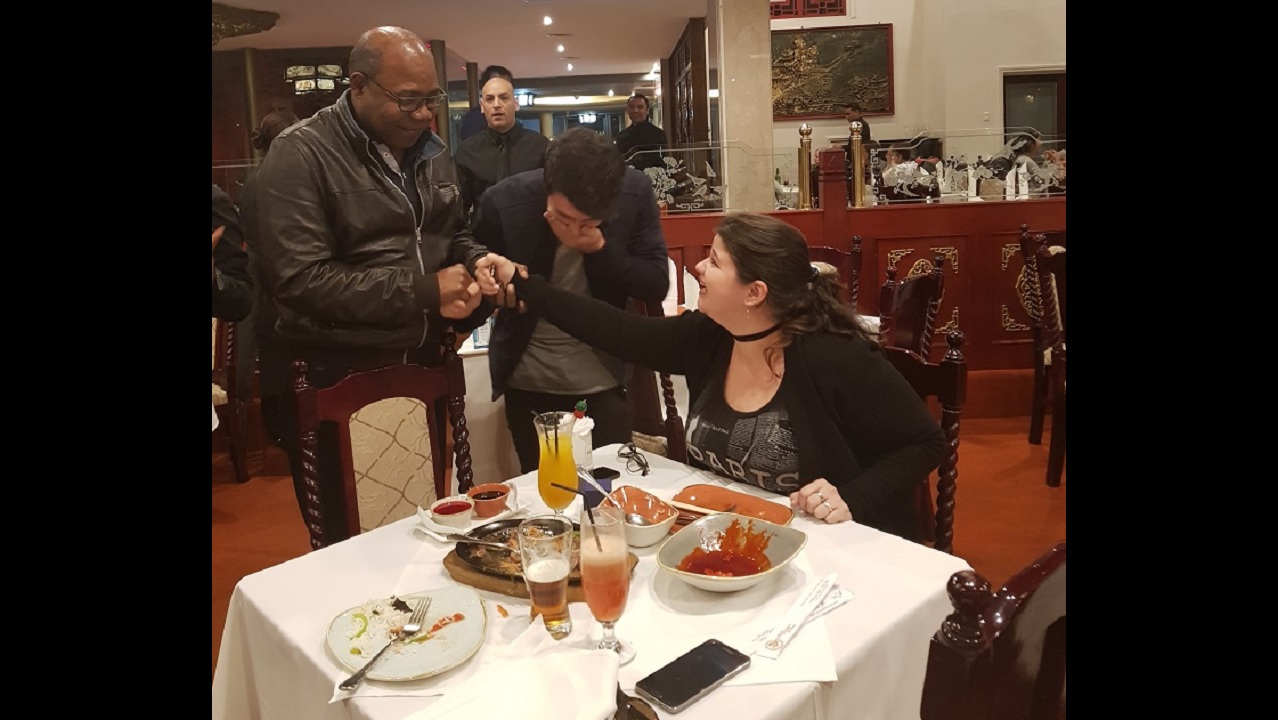 Diners at one of the largest restaurants in Santiago, Chile erupted in rapturous applause on Sunday night after a Chilean couple was presented by Jamaica’s Tourism Minister Edmund Bartlett with a free honeymoon in Jamaica.

According to a news release from the tourism ministry, the minister was having dinner with members of his delegation at a popular eatery in the city when, just a few tables away, a Chilean man, Andres Tejeda proposed to his girlfriend Ariel Stockl.

Amid applause for the couple, Bartlett quickly jumped to his feet and offered the pair an all-expense paid honeymoon in Jamaica resulting in more cheers of approval from excited diners.

Coincidentally, Tejeda noted that his aunt had just earlier returned from vacation in Jamaica and gifted his girlfriend Ariel with a Jamaican souvenir.

Bartlett also announced to excited diners additional nonstop flights between Latin America and Jamaica making it easier for them to travel to Jamaica for vacation.

Chile is the second largest market for tourists from Latin America to Jamaica after Argentina with over 10,000 travelling to Jamaica over the last two years on vacation. It is also the richest economy in terms of GDP per capita in South America.

The ministry said private sector tourism partners will cover the costs of the honeymoon.

Remittances to Latin America and Caribbean on the rise