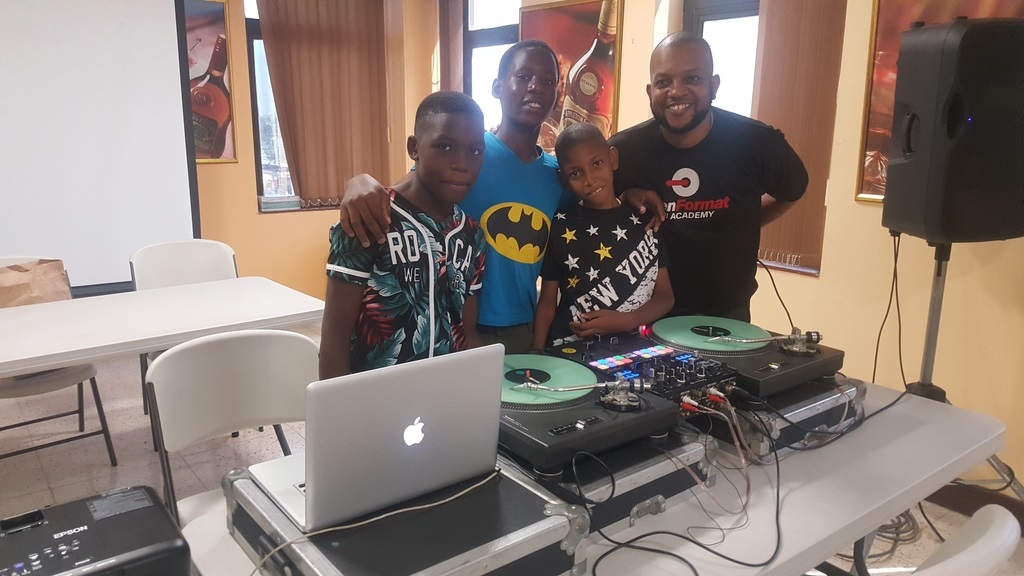 The one-week camp from which ran earlier this month catered to 26 children aged 10 to 17, from the communities of Waterhouse, Seaview Gardens and Olympic Gardens.

The camp aimed to help these young people find a creative outlet by tapping into their creativity, need for self-expression and exposure to this aspect of Jamaican culture. This is consistent with JWN Foundation’s focus on ‘Transforming Lives and Communities for a Better Jamaica’ through the support of activities that address social inclusion, cultural expressions and education. 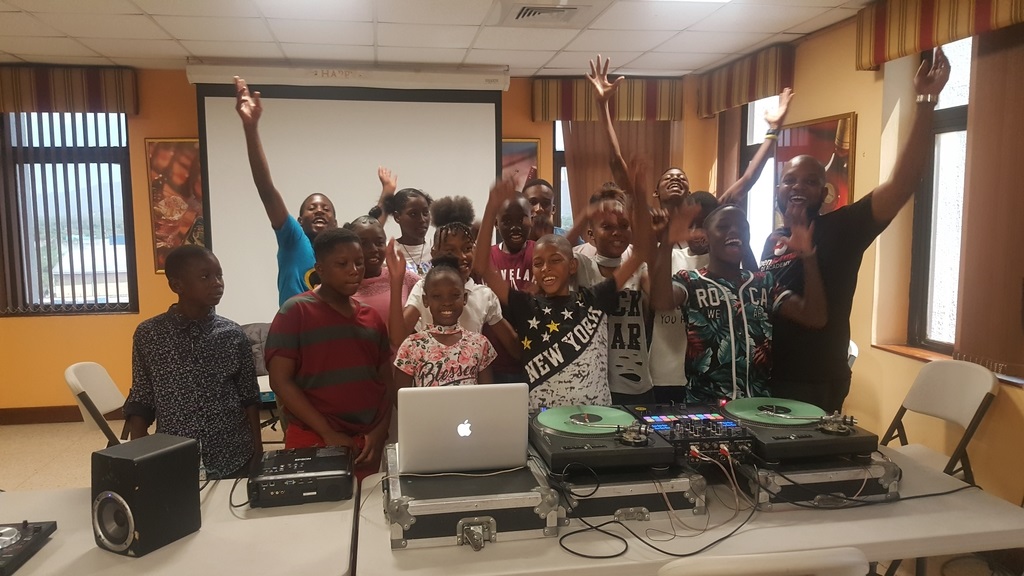 DJ Denvo and the DJ kids at summer camp

“Our neighbouring communities along Spanish Town Road are faced with several challenges, many of which are grounded in the inability to express or give voice to emotions. By introducing the children to an activity that provides a platform for self-expression, creativity and collaboration, we are hoping to become a catalyst for better communication. We are also providing the participants with a vision of what else is possible for their future careers,” said JWN Foundation CEO, Tanikie McClarthy Allen.

Senior FAME FM disc jockey, Denvo Thombs, who is popularly known as DJ Denvo, conducted the daily sessions that had its fair share of intrigue, disagreement and ultimately, satisfaction.  DJ Denvo led the sessions where the campers were presented with the challenge of learning a new skill and building new friendships.

“One of the things I’ve noticed with the kids is that they have shown enthusiasm for music, they’re now working together in teams as groups and they’re now a little bit more confident in themselves through music,” said DJ Denvo.

“In terms of team-building spirit, there was one young lady who said ‘Sir, I don’t want to be in this group with this person because me and them can’t get along’. They were constantly bickering and arguing from the start of camp on Monday. I did not switch them up until about Wednesday. By Thursday the student came back to me and said ‘Sir, I want to go back to that group because I think we work well together’. That showed me that the team-building energy was in camp and they really had fun with the music,” Denvo shared.

“This camp has really been great to me because it has helped me to interact with people. I’m not used to interacting with people and working with a team. It taught me to play with things and listen to music because I don’t really like music. I mostly read books,” said Chrissy-Lee Ormsby, who attends the Convent of Mercy Academy, Alpha. “It was great. I had a lot of fun, it was nice.” 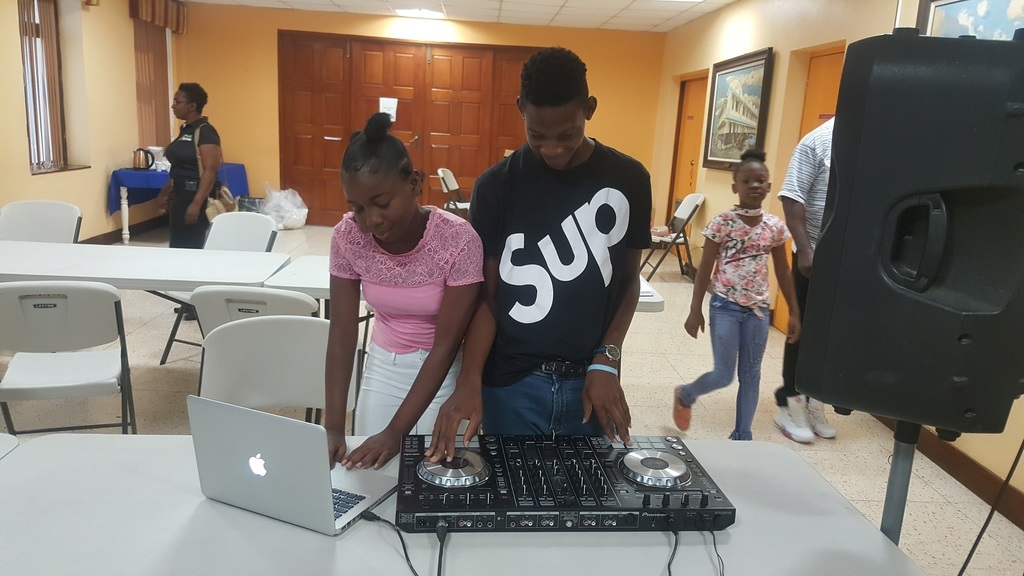 Chrissy-Lee Ormsby and Davian Brown at the turntable.

“It made me meet some really good people. I’ve never been around so many good people in life because I’ve met up with some really bad people, so it was really good,” said Loague. “We had some excellent teachers here at camp and I just want to tell them thanks for teaching us and the other campers how to do this deejaying thing.

“I never knew anything about deejaying or anything like that until this camp,” added Loague.

Loague’s team finished first in the mixing competition and earned $10,000, while Ormsby’s group placed second. They pocketed $5,000 and $3,000.00 went to the third-place finishers.

On the final day, the participants demonstrated their new skills in a mix-off competition, traditionally known as a sound clash; and toured the studios of the RJR Communications Group on Lyndhurst Road, which included the country’s oldest and premier radio station, Radio Jamaica (RJR 94 FM), Fame 95 FM and Hitz 92 FM. There, they were introduced to the world of radio deejaying.

“A lot of these kids will never get the opportunity again to see inside of a radio station,” said DJ Denvo. “I believe that putting this as a part of camp is a great experience for them.”

Wray and Nephew calls for partnership from neighbouring communities