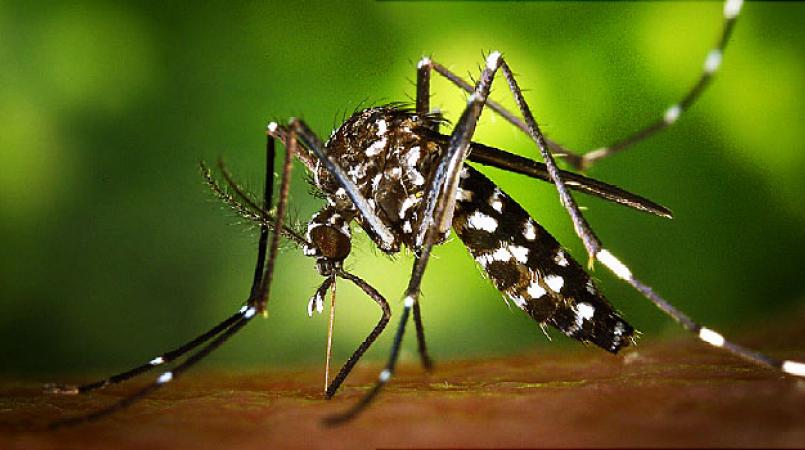 More than 70 per cent of Jamaicans may have contracted the Chikungunya virus (Chik-V), Health Minister Dr Christopher Tufton revealed on Thursday.

According to Tufton, half of those infected may have been affected enough to require medical attention.

Tufton made the disclosure while addressing a media briefing at the Mona Visitors' Lodge and Conference Centre at the University of the West Indies where he released the preliminary findings of the third Jamaica Health and Lifestyle Survey.

The data showed that eight out of 10 Jamaicans had a positive serum (blood) test for chikungunya, which is transmitted by the aedes egypti mosquito, the same mosquito that transmits dengue fever and the Zika Virus (ZIKV). The highest Chik-V sero-prevalence was among age groups 15-24 years (85.9 per cent) and 65-74 years (85.6 per cent).

Portland, St Thomas, Kingston and St Andrew had the highest chik-v sero-prevalence, which was greater than 90 per cent.

In terms of ZIKV, only six per cent of Jamaicans reported that they had Zika virus infection. The highest self-reported prevalence of ZIKV was among Jamaicans aged 45-54 years.

Minister Tufton noted that the data can be further drilled down to examine issues such as economic losses in terms of productivity, downtime, cost to the public health system, and the pain and suffering of families.

Regarding obesity, the survey findings show that one in two Jamaicans (54 per cent) were classified as overweight (pre-obese or obese). The findings also showed that women were more affected by pre-obesity and obesity, with two-thirds of Jamaican women 15 years or older being classified as having pre-obesity or obesity.

To address the issue of obesity, Tufton said the Jamaica Moves programme will be going into the schools, where obesity levels have doubled over a seven-year period, as noted by the school health survey.

Current use of tobacco products was reported by 15 per cent of Jamaicans, 15 years and older.

For diabetes, this was most prevalent among Jamaicans 75 years and older (42 per cent). Additionally, 12 per cent of Jamaicans had pre-diabetes, with a higher prevalence in women (13.3 per cent) than men (10.7 per cent), putting them at high risk of developing the disease.

From shrieks in bucket to laughs, Brazil Zika baby improves