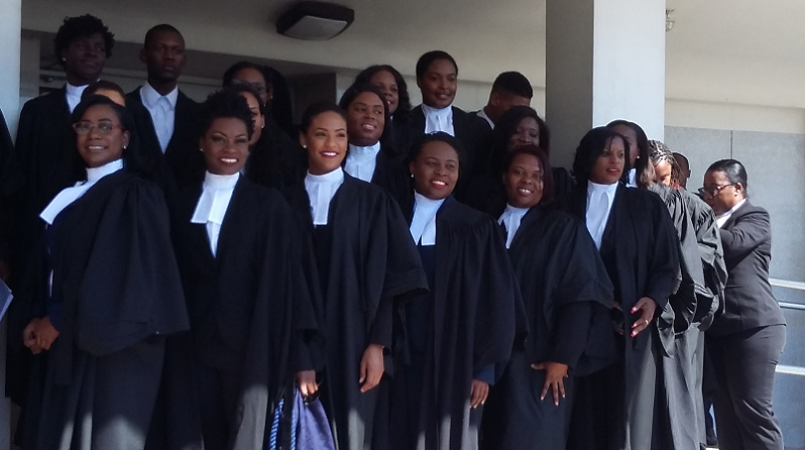 Chief Justice Zaila McCalla in addressing law students who were called to the Bar on Thursday warned them to not give into temptation.

Near the end of a ceremony, which saw 44 students taking the oath of attorney which will allow them to practice law in Jamaican courts, Justice McCalla caution them about the temptations that they will face.

“As you perform your duties you will come upon temptations. You will be tempted. Persons would encourage you to do what is not right,” she said.

She admonished them to remember the sacrifices made by their parents and loved to get them through their studies.

The chief justice reminded them about working to prefect their craft. She reminded them that they will have people’s lives and livelihood in their hands and as such should conduct themselves at the highest standard.

Justice McCalla also told the students that they have an exciting time ahead working in the profession. She encouraged them to seek the help of seasoned attorneys and seek out their help.

She told the new attorneys that they have come to the bar at a time when there are changes in the justice system and asked them to help usher in the new changes.

“Embrace new procedures as the justice system is being reformed such as sentencing guideline and agreement of fact. These procedures will seek to speed up matters without being unfair to those involved,” she said.

Among those who were called to the bar was Communication Manager at the National Works Agency, Steven Shaw.

Another batch of law students will be called to the bar next Tuesday.