Chelsea told they should have had penalty at Man Utd - Lampard 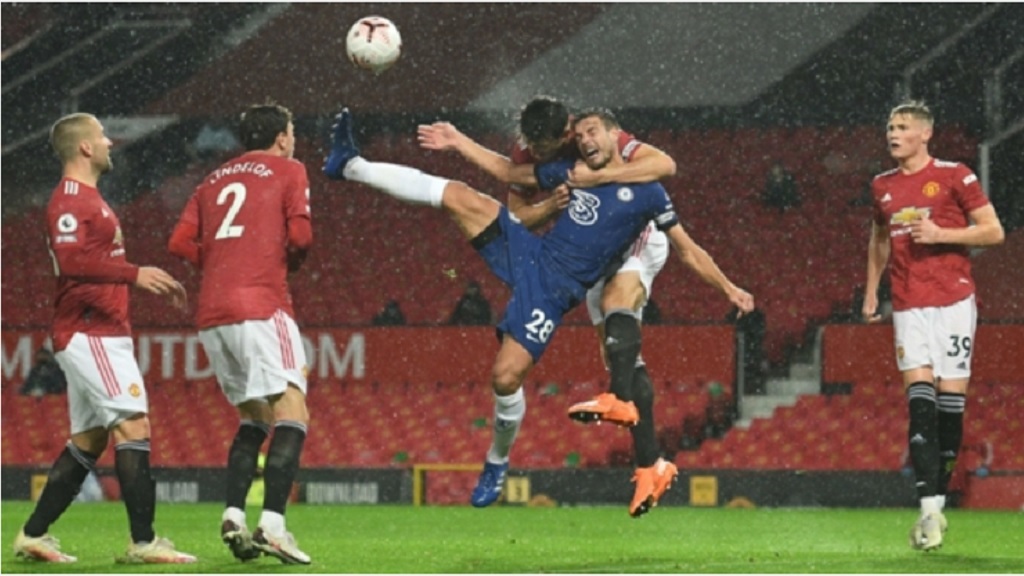 Chelsea have been told the decision not to award them a penalty in their 0-0 draw with Manchester United last month was incorrect, Frank Lampard has revealed.

Cesar Azpilicueta was impeded by Harry Maguire as he jumped to meet a cross in the first half at Old Trafford but referee Martin Atkinson did not point to the spot and the VAR upheld his decision.

Chelsea were more fortunate in their 3-0 win over Rennes on Wednesday, as Dalbert was shown a second yellow card for handball after Tammy Abraham's shot ricocheted off the Brazilian defender's leg and up onto his arm.

The Premier League is using a different interpretation of the handball rule to the Champions League and Lampard wants to see greater alignment in officiating across the top European competitions.

"It's a rule that is universally disliked by anybody who plays, watches, or supports football. I can't back it in midweek when it gives us a penalty and a red card [for Rennes] because it doesn't feel right. I think that has to be looked at in Europe in terms of how we move forward.

"That one goes in our favour and it's important to be open and honest about that, I said it after the game. And the one against Man United recently went against us.

"We've enquired about the reasons for that decision, we've been told it was a penalty. The VAR didn't take much time to look at it and that probably cost us two points on the day.

"With VAR and the subtle differences we've got to make sure VAR is there for a reason, to get the decisions right with retrospect and time for everybody on an even playing field.

"It was just one that went against us there and in midweek we had one that had a big impact on the game."

Reece James was named in Gareth Southgate's England squad for the upcoming friendly with the Republic of Ireland and Nations League matches against Belgium and Iceland.

The Chelsea right-back was sent off as the Three Lions lost their previous Nations League game 1-0 to Denmark.

Lampard has no problem with players going off to play on the international stage but revealed James will return to Chelsea following England's first game.

"I'm proud that players get called up for their countries. I'd never want to take that opportunity away from them, I think it's part of being a top player," said Lampard.

"With Reece, it's going to look after itself because he'll be involved in the first one and come back to us.

"Players are probably in need of a bit of a rest, when you think there are three games for some of them. I just try to have an open conversation with the managers of the team, speak with the players as they go, and try to manage it as well as we can."