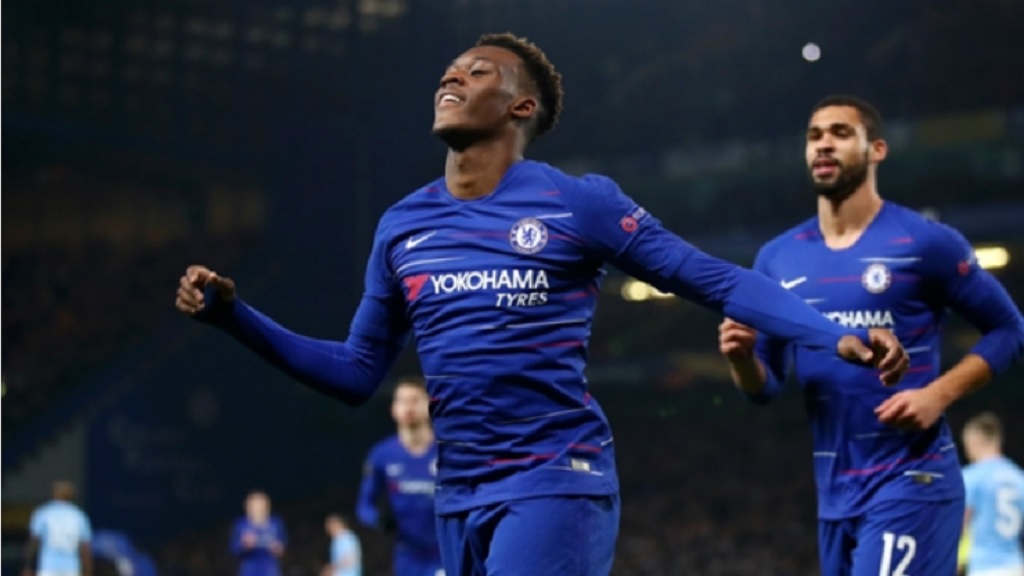 Chelsea warmed up for the EFL Cup final with a comfortable 3-0 home victory over Malmo to secure a place in the Europa League's last 16, winning 5-1 on aggregate.

Olivier Giroud and Ross Barkley, who were both on target in establishing a a 2-1 first-leg advantage in Sweden seven days ago, grabbed second-half goals before Callum Hudson-Odoi marked his recall with the third.

Maurizio Sarri will still head into this weekend's daunting match against Manchester City with doubts hanging over his long-term future, a situation that was helped little by a sluggish first half.

But a sharper showing after the restart - and Rasmus Bengtsson's sending off for two yellow cards - led to three goals in 29 minutes and averted further pressure from building on the under-fire Italian.

Sarri's seven changes failed to stave off the early sloppiness, with Markus Rosenberg scuffing a left-footed effort past the right-hand post in the 13th minute.

Cesar Azpilicueta turned a low cross from Willian into goalkeeper Johan Dahlin at close range but an otherwise subdued first half invited a smattering of boos at the break.

The home side clicked into gear 10 minutes after the interval. N'Golo Kante led a counter-attack and slipped a pass to Willian, who squared for Giroud to tap home.

Any hope Malmo had of mounting an unlikely comeback quickly disappeared when the dismissal of Bengtsson was followed 60 seconds later by Barkley's brilliant free-kick, the midfielder classily bending the ball up and over the wall.

That paved the way for teenager Hudson-Odoi - a Bayern Munich transfer target throughout January - to further enhance his claims for a regular starting spot with an unerring low finish into the bottom-left corner in the 84th minute that wrapped up the serene 5-1 aggregate success.

Higuain at double for first Chelsea goals in Huddersfield rout