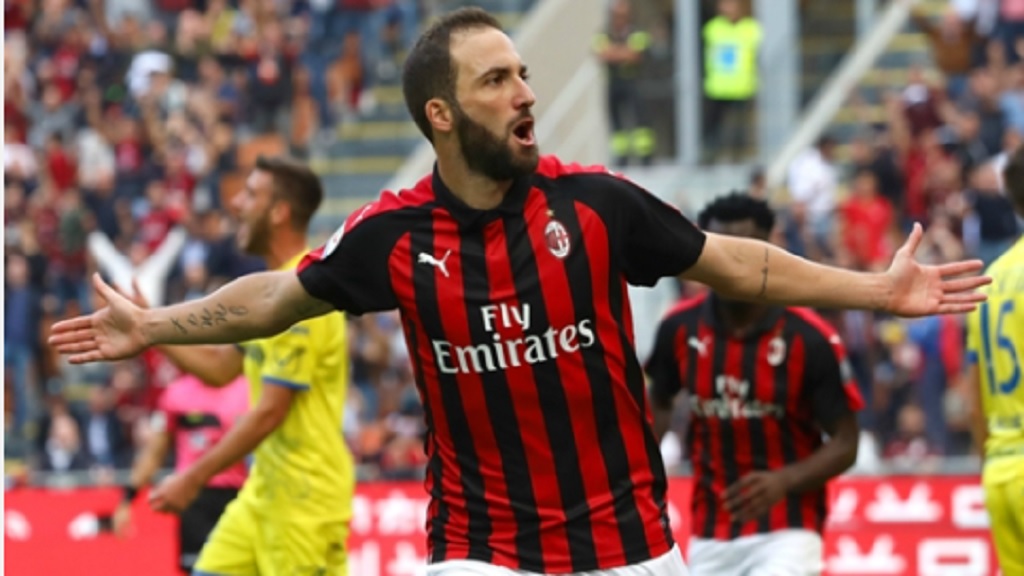 Chelsea have announced the signing of striker Gonzalo Higuain, who joins the Premier League club on loan from Juventus until the end of the season.

Higuain spent the first half of the campaign on loan at AC Milan but struggled for form, scoring six goals in 15 Serie A appearances for the Rossoneri.

Juve confirmed in a statement Chelsea have an option to extend the loan for a further year, spanning the entirety of the 2019-20 season, if they pay a fee of €18million.

There is also a purchase option included in the deal, with Juve receiving €36m if Chelsea opt to buy the player.

The Argentina attacker was named on the bench for Milan's Supercoppa Italiana defeat to parent club Juve last week but did not feature in Monday's 2-0 win at Genoa ahead of his impending move.

Now the deal is complete, the 31-year-old will be reunited with Maurizio Sarri, the pair having previously worked together at Napoli.

Higuain, who hit 36 Serie A goals under Sarri during the 2015-16 season to earn a switch to Juve, says playing in the Premier League has been a long-term aim.

"When the opportunity to join Chelsea presented itself I had to take it," Higuain, who will wear the number nine shirt for the Blues, told the club's website.

"It's a team I've always liked that has a lot of history, a wonderful stadium and they play in the Premier League, a league I've always wanted to play in.

"I now hope I can give back that trust Chelsea have shown me out on the pitch. I can't wait to start and I hope to adapt as soon as possible."

Sarri has played Eden Hazard as a false nine in recent weeks after losing faith in Spaniard Morata, who has been strongly linked with a return to his homeland with Atletico Madrid.

"Gonzalo was our number one target in this transfer window and arrives with a proven record at the highest level," Granovskaia told Chelsea's website.

"He has previously worked with Maurizio to great effect and is familiar with how the coach likes to play.

"This was not an easy deal for us to do because of the numerous parties involved, but we are delighted we were able to make it happen and we look forward to seeing the impact Gonzalo will make for us in the second half of the season."

Joe Cole to return to Chelsea in new coaching role

It's time for Chelsea to decide on Hazard future - Sarri