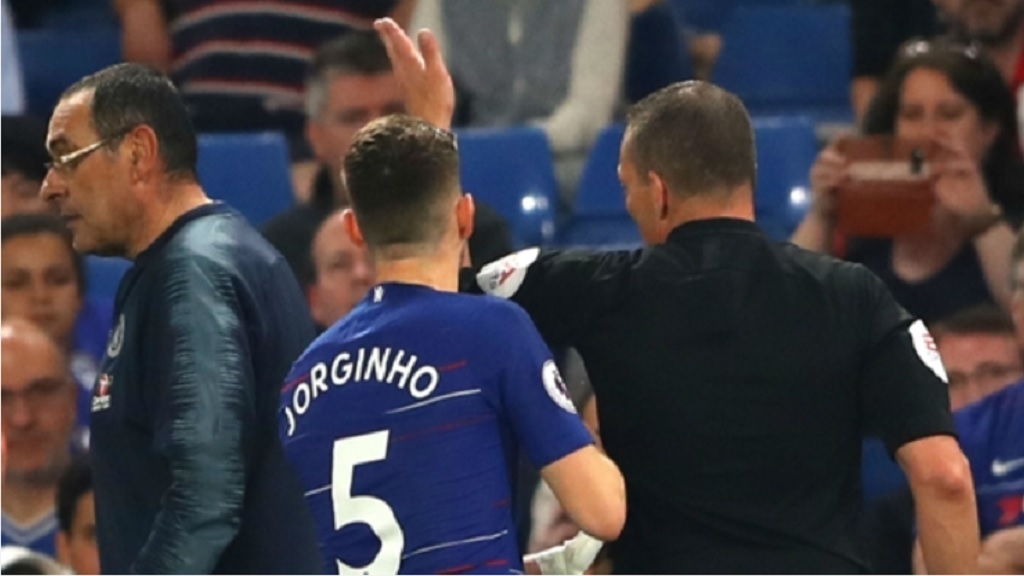 Chelsea's Maurizio Sarri is sent off.

Chelsea manager Maurizio Sarri has been charged with misconduct by the Football Association (FA) after he was sent off during the Blues' draw with Burnley on Monday.

Sarri was dismissed in the 94th minute at Stamford Bridge when referee Kevin Friend deemed the former Napoli coach's reaction to a fracas between his Chelsea players and their Burnley counterparts was out of line.

Said to be incensed by the decision, Sarri did not conduct his post-match media duties, with assistant Gianfranco Zola claiming that Chelsea's manager had been sent off due to a misunderstanding.

Zola also stated that the 60-year-old had been offended by comments made by members of Burnley's coaching staff and frustrated by the Clarets' "time wasting".

Reports later emerged that Sarri had allegedly been the target of discrimination, with staff on Burnley's bench accused of calling Chelsea's boss a "s*** Italian".

Sarri did not appear to be involved in a touchline melee that developed at the end of the game, when Antonio Rudiger - who did not feature in the match - seemingly clashed with a member of Sean Dyche's coaching staff.

However, the Italian has still been hit with a misconduct charge for his dismissal.

"Maurizio Sarri has been charged with misconduct in relation to his behaviour in the 94th minute of Monday’s Premier League fixture between Chelsea and Burnley," an FA statement released on Wednesday read.

Sarri will have until 18:00 on Friday to respond to the charge.

Sarri has no regrets over his behaviour during Kepa substitution farce

Italy can do more to eradicate racism - Sarri